As the announcements from COP26 start to come in, India has stood out with a series of ambitious unilateral pledges. How viable is it that these can achieved? 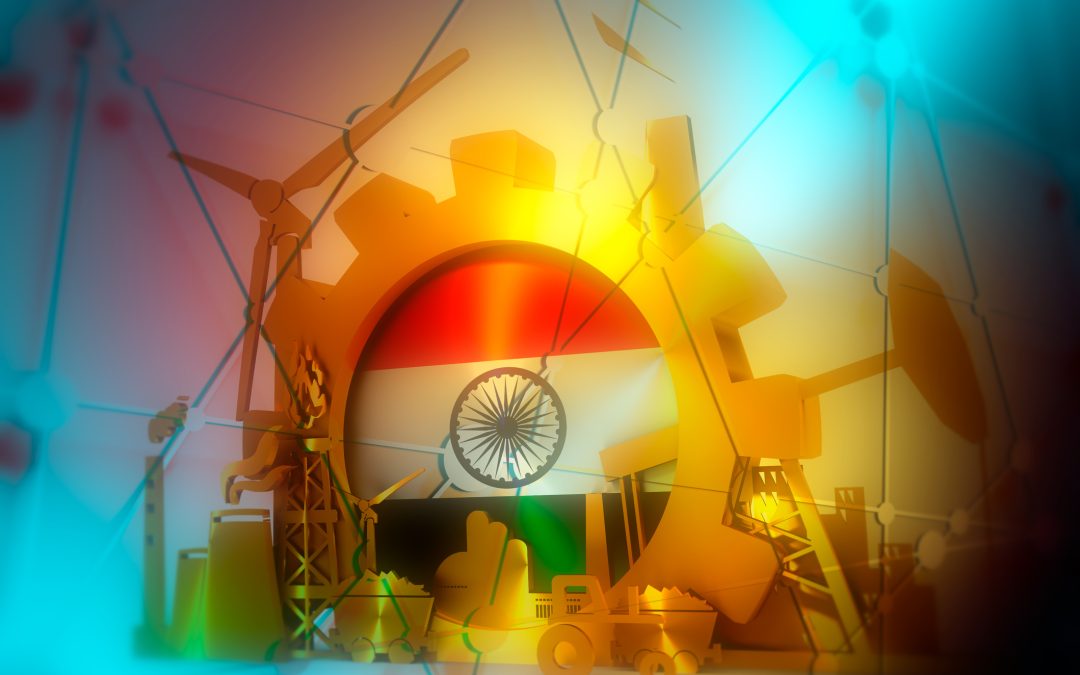 India’s economic growth, pegged at 9.5% in 2021, continues to accelerate and the country is set to retain its credentials as the fastest-growing economy globally in 2022.

India is heavily reliant on fossil fuels, mainly coal, for power production, though its per capita CO2 emissions are relatively low at only 1.9 tons as compared with the world’s largest carbon emitters China and the US at 7.41 tons and 15.5 tons, respectively. Given its growing economy and heavy reliance on fossil fuels, the country has moved at a rapid pace in recent years to increase the share of renewables, mainly solar and wind, in its power production in order to reach its Paris COP21 goals of reducing carbon emissions by 33%-35% by 2030 from 2005 levels. With this backdrop, the country has recently made five commitments at the COP26 conference which will impact its carbon emissions and power sector drastically. These are:

These are ambitious targets given India’s reliance on fossil fuels to power its economy. Can these really be achieved or are these simply aspirations for the future?

India’s dependence on coal will be hard to break. Its installed coal capacity has doubled in the past decade from 102 GW in 2010 to 202 GW in 2021, and a further 33 GW of coal plants are currently under construction. Coal provided close to 70% of total electricity in 2020.  If all this was not enough, there is coal’s role in the political and economic life of India. India’s central and state governments own 64% of the coal plants.  The industry is a significant provider of tax revenues for government and provides direct employment to half a million people and indirect employment to 3 million. Transportation of coal generated nearly 44% of Indian Railways Freight revenue in 2019 and an even higher share of its profits. The opening up of coal mines to private investment to help ease supply problems (despite having the world’s fifth-largest coal reserves, it was the world’s third-largest importer of coal in 2019) is expected to bring in investments of nearly $6 billion by 2026. In summary, it is hard to see this industry giving up its positioning in Indian economy and society without a fight and makes the pledges related to carbon emissions and carbon intensity of the economy very difficult to achieve.

Can Renewables Rise to the Challenge?

India’s total renewable capacity has increased from 15.5 GW in 2010 to 101.5 GW in 2021. This is the product of a massive increase in solar power capacity which has increased ten-fold from nearly 4 GW in 2015 to more than 46 GW in 2021, with another 60 GW in various construction and planning stages.

The total renewable energy capacity, excluding hydro, in various stages of construction and tendering, add up to 87 GW. But 400 GW is needed to meet the 2030 pledge of 500 GW of renewable capacity, meaning India will need to add 40 GW per year, far more than it has historically been able to achieve. It is true that solar energy costs have fallen sharply to nearly Rs. 1.99/kWh in 2020 and there is strong commitment to solar from the country’s two largest business groups, Reliance Industries and Adani Power. But even with these advantages, Frost & Sullivan believes that 500 GW is probably out of reach for India, as is the 50% of energy from renewables pledge.

In summary, India’s pledges do show the breadth of its ambition to move the country away from its dependence on coal. India will become one of the largest installers of renewable energy globally, but ultimately, it is unlikely to meet the targets it has set itself to achieve by 2030.  The NetZero pledge for 2070 is certainly an extended timeframe – but at least a developing economy like India has been prepared to put a peg in the ground for the future.