Will Sanctions from the USA and Allied Countries Cripple the Commercial Russian Aerospace Industry?

The ongoing war between Russia and Ukraine has posed a serious threat to the emerging Russian commercial aerospace industry, largely due to economic sanctions imposed by the USA and the allied countries. 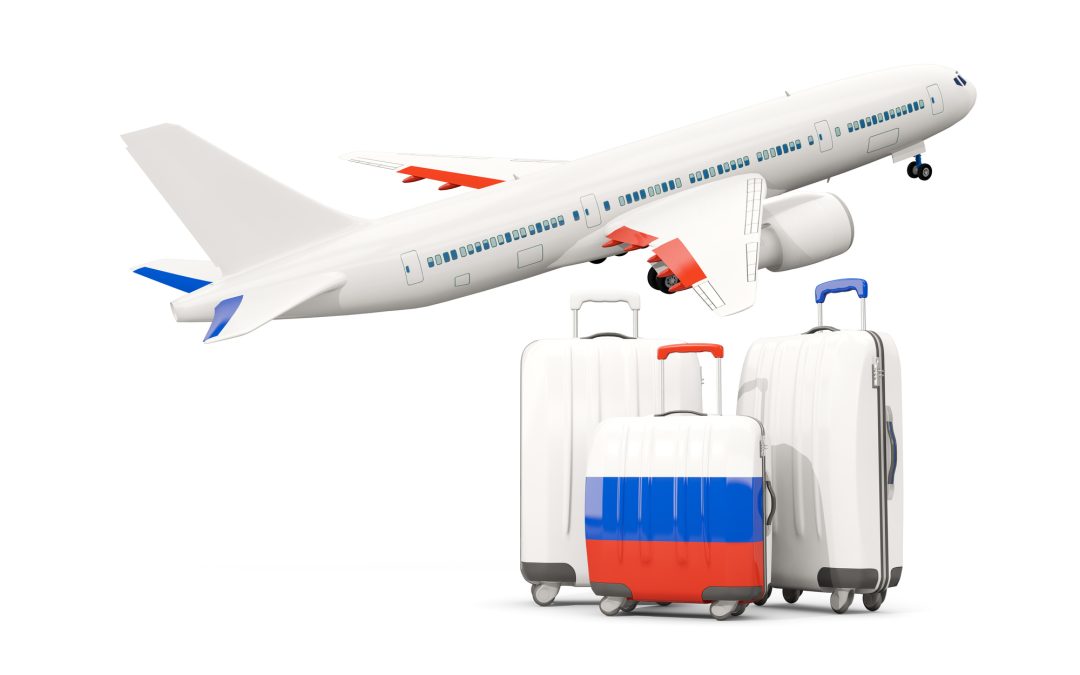 At present, Russia has only one indigenous commercial aircraft in production – Sukhoi Superjet 100 from United Aircraft Corp. It is powered by a SAM146 engine manufactured by PowerJet, which is a Franco-Russian 50-50 joint venture of Safran’s Snecma and NPO Saturn. Russia planned to introduce the new commercial aircraft MC-21 in the second half of 2022. The MC-21 comes with an engine option; between US-based Pratt and Whitney’s GTF and PD-14 from Russia’s UEC-Aviadvigatel JSC. Russia redeveloped its regional turboprop Ilyushin Il-114, which is seen as a replacement for the Antonov-24. It is powered by Russia’s Klimov’s TV7-117ST-01 engine.

Russian Transport Ministry assured they will return the aircraft to the non-Russian lessor when they land at foreign airports, but airlines like Aeroflot have halted their international operations, which made it difficult for non-Russian lessors to get back their 500 plus aircraft worth around $10 billion. Now the non-Russian lessors are looking forward to knocking on the door of the insurers to recoup their losses. Insurers are closely observing the situation as the magnitude of the potential loss is worth billions of dollars. If insurance companies agree to settle the claims of the aircraft lessors, it will be the biggest loss the aviation insurance industry has ever witnessed.

In March 2022, Bermuda and Ireland suspended the aircraft registries for aircraft that are operating in Russia. On the other hand, Russia cleared a rule which allowed Russian-based airlines to re-register their aircraft in Russia. The new law allows Russian-based airlines to use western-built aircraft and utilize them on domestic routes. The non-Russian aircraft lessors, therefore, catalyzed their insurance claim process and are preparing to fight the long legal battle.

Sanctions limit the business opportunity for the western aircraft OEMs and components suppliers, but the impact is minimal. Leading commercial aircraft OEMs like Boeing and Airbus will have minimal impact from sanctions as Russian accounted for only 0.9% of the total 737Max orders, 1.5% of the 777 orders, and 3.2% of the A350 orders. Other commercial aircraft OEMs like ATR, De Havilland Canada, and Embraer does not have any order from Russia-based airlines, therefore, for them, there will be no impact of sanctions. Aircraft engine OEMs like PowerJet and Pratt and Whitney will not be able to sell their engines on 71 Sukhoi SuperJet and 86 MS-21. Furthermore, aerospace component suppliers for landing gear, electrical power systems, airframe, avionics, and auxiliary power unit will also not be able to continue their business in Russia.

Russia, even before the war with Ukraine, wanted to become self-reliant by increasing its aerospace manufacturing capability, as Sukhoi Superjet 100 is highly dependent on western countries for components. This signifies that the production of the Sukhoi Superjet 100 will be ceased, and the same will be future for MS-21.

Russia is well placed to operate on domestic routes and can look forward to China for aftermarket support. There is a very high probability that Russia can perform the technology transfer of their commercial aircraft engine to develop aircraft engines for C919 and ARJ21, which are powered by GE Aviation’s CF34 and CFM LEAP engines. Furthermore, both countries can explore opportunities to strengthen the in-house manufacturing of aerospace components.

In 2017, CRAIC (China-Russia Commercial Aircraft International Corporation Limited) – a 50-50 joint venture between China and Russia, was launched to manufacture widebody aircraft. The joint venture showcases Russia did its homework and prepared a strategic roadmap to reduce its dependency on the western world for aerospace components and aircraft.