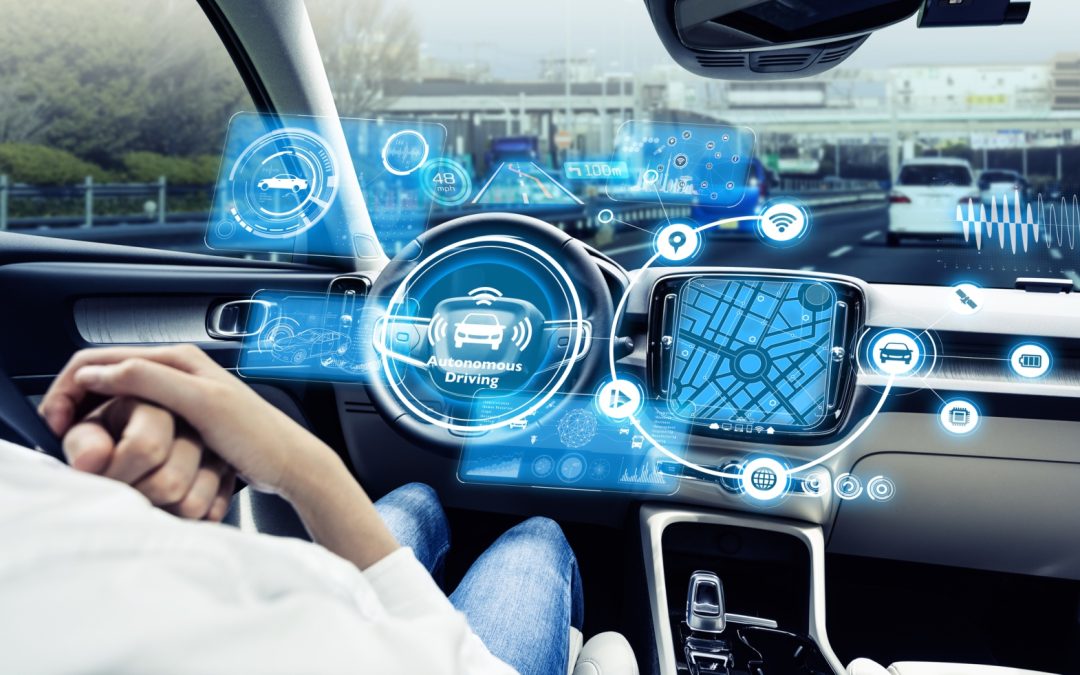 Recently, automotive technology company Veoneer entered into an agreement to provide high definition 8 MP cameras for BMW Group’s vehicles. The camera, positioned behind the rearview mirror, tracks the forward path of the vehicle to deliver highly accurate information to the vehicle control system.

In other words, we will see BMW’s next generation of AD systems underpinned by a combination of its current AD stack with Arriver’s vision perception and NCAP drive policy products on Qualcomm Technologies’ system-on-chip. The objective here is to enable industry-leading AD functions that cover NCAP, Level 2, Level 2+ and Level 3.

Veoneer’s camera heads are aligned with the ongoing shift towards central and scalable software architecture and are pivotal to the sensor suite that will form the foundation of next-generation AD platforms.

Vision-based systems are key enablers for ADAS and AD. Vision systems are a critical part of the L1-L5 sensor suite, which requires up to two forward-facing cameras. Simultaneously, 360° perception sensors such as surround-view cameras are gaining popularity for low-speed applications, such as parking assist and reverse assist.

In terms of technology, we will see OEMs offering cost-effective, camera-based L0 and L1 ADAS features in lower segment vehicles (A, B, and C). Cameras that offer better price-performance value for ADAS applications compared to other perception sensors such as Radar and LiDAR will continue to hold appeal. This will be crucial to increasing the penetration of ADAS systems in emerging markets like India. 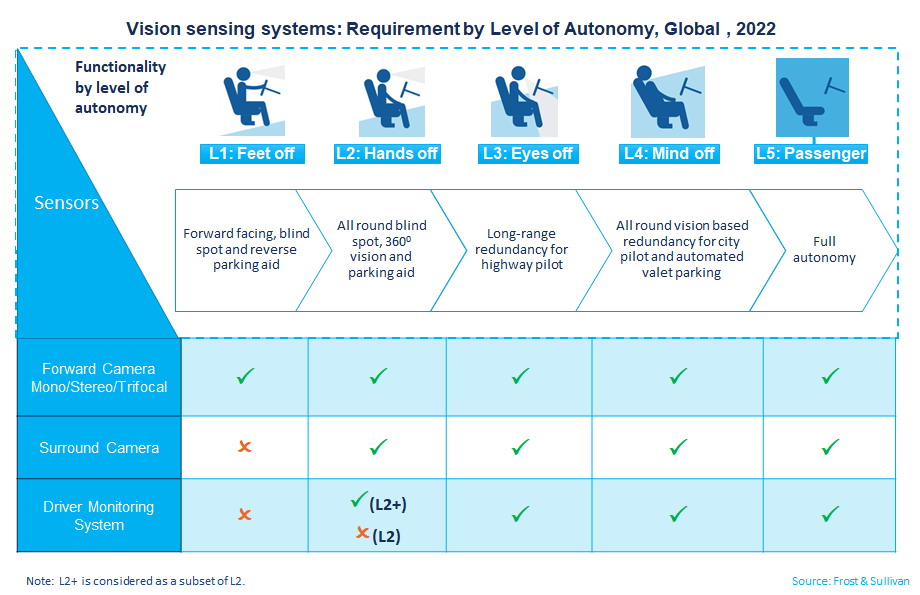 For L2 and above applications, vision-based systems act as a primary sensor or complement the information detected by other sensors in the sensor suite, such as Radar and LiDAR. However, barring a few key regions such as North America, the EU, and parts of APAC, including Japan and China, the penetration of L2 and above is still very nascent.

Global OEMs such as Ford, GM, and Nissan, use camera systems as a critical part of their sensor suite for driver assistance packages such as Ford  Blue Cruise, GM Super Cruise and Nissan Pro Pilot Assist in regions such as Europe and countries such as the US, Japan, and South Korea.

Other tier suppliers such as Qualcomm have also developed advanced vision systems for autonomous driving.

Findings from our recent research into the global advanced driver assistance systems (ADAS) and AD industry highlight the increased proliferation of L1 and L2 ADAS across all vehicle segments, with significant market penetration in countries like South Korea, Japan, and India.

The adoption of Driver Monitoring Systems is set to rise due to regulatory mandates in regions like Europe and the widening use of assisted and piloted driving. DMS is proposed to be made mandatory in North America and China by 2023. 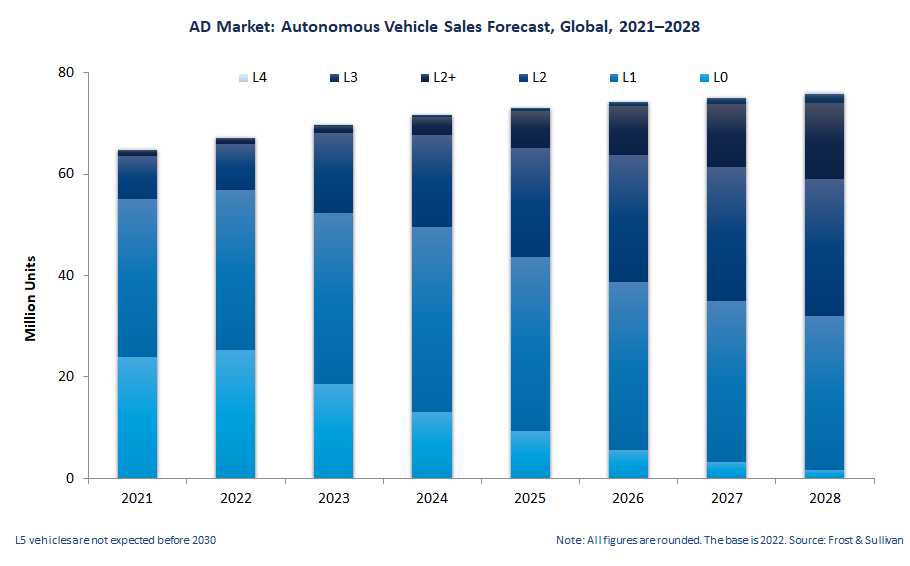 In Europe, the EU General Safety Regulation (GSR) has mandated ADAS systems such as autonomous emergency braking (AEB) and lane-keeping assist (LKA), qualifying all vehicles at L1 by 2022. In Europe, in addition to progressive regulations, the high cost of L3 automated lane-keeping systems (ALKS) features will drive the L2 and L2+ assisted market.

In APAC, Japan has been the first country to launch L3 with the launch of the Honda Legend in 2021. The road has now been paved for L3 market take-off in Japan.

Meanwhile, led by Hyundai-APTIV, GM Cruise, and Waymo in the usership market, we will see the L4 robotaxi market begin proliferating by 2024 across North America and the EU.

“Currently, the main limiting factors for ADAS and AD adoption are affordability and regulations. In cost-sensitive markets like India, the development and introduction of affordable vision systems will pave the way for greater penetration of ADAS technologies into the entry- and mid-segment passenger cars, thus enhancing vehicle performance and safety,” says Kamalesh Mohanarangam, Research Manager, Mobility Practice, Frost & Sullivan.

In India, only a few OEMs, such as Mahindra and Morris Garages offer ADAS features such as Adaptive Cruise control with stop and go, lane keep assist, and traffic sign recognition. Honda has announced the L2 ADAS sensing suite in all upcoming vehicle models from 2022. Other OEMs such as Maruti and Hyundai are expected to launch ADAS in India by 2023. Major tier suppliers such as Continental and Bosch are also developing affordable camera solutions for ADAS applications, specifically for emerging markets such as India.