Beyond Electric Vehicles, Automakers Now Look to India as an Exciting Market for Component Manufacturing

Localization of supply chains is being seen as a springboard to scale up and boost competitiveness domestically, with India also identified as a promising manufacturing hub for electric vehicle parts export 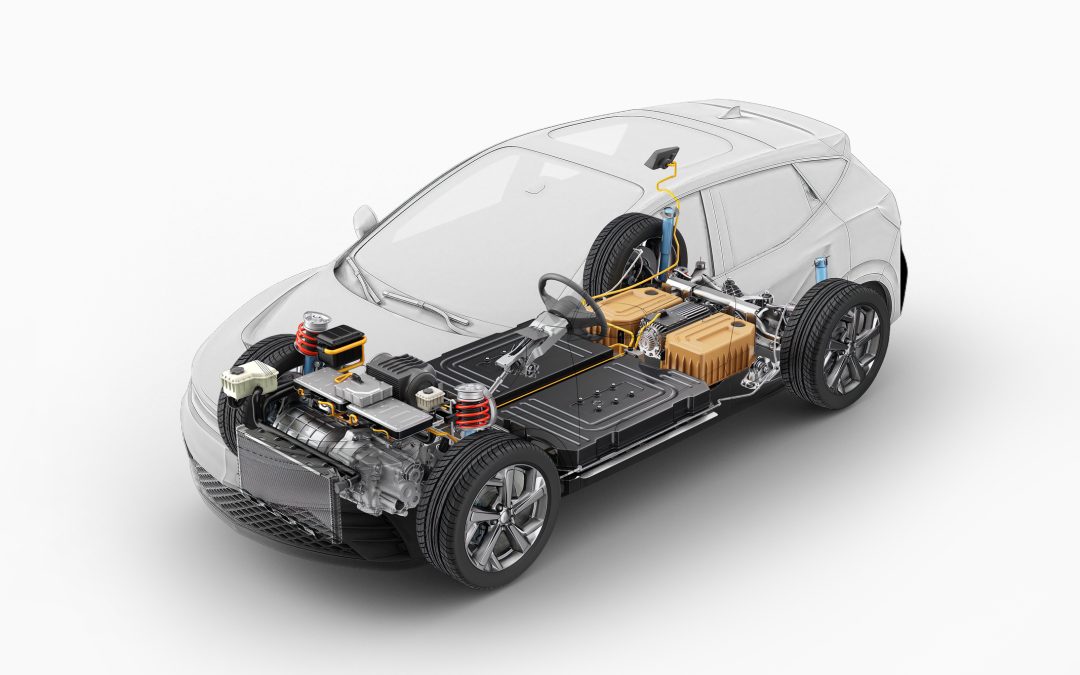 Government policies, such as FAME II, with their attractive purchase incentives and subsidies, are attempting to accelerate electric vehicle (EV) adoption in India. On the supply side, the government is also supporting localized battery production driven by the objective of lowering EV costs and making them more affordable.

This conducive environment is triggering a flurry of announcements by automakers. The world’s largest automaker, Toyota, recently announced investment plans of around $624 million to localize component production, including electric drives and electric powertrain parts, for battery EVs (BEVs), plug-in hybrid EVs (PHEVs), and other hybrid EVs (HEVs). The bulk of the investments will be shouldered by Toyota Kirloskar Motors and Toyota Kirloskar Auto Parts, with Toyota Industries Engine India also chipping in. In addition to creating a more localized supply chain for the Indian market, this strategy also envisages India emerging as a manufacturing center for EV parts export to other Southeast Asian markets. From a broader perspective, it folds into Toyota’s aggressive push for smart, safe, and sustainable transport in its bid to achieve carbon neutrality by 2050.

Policy impetus apart, rising fuel costs and intensifying concerns over air pollution caused by transport emissions are further propelling the vehicle electrification agendas of automakers. While India’s more established HEV segment is expanding robustly, its BEV segment is still nascent. However, investments both in EV and related component manufacture are picking up, the number of available models is increasing, and competition to leaders like the Tata Motors, Maruti Suzuki India Limited (MSIL), and Mahindra & Mahindra (M&M) is heating up.

Frost & Sullivan anticipates India’s electrification roadmap to see electric offerings in the four-wheeler segment – comprising electric passenger cars used by individuals as well as fleets, including hatchbacks, sedans, SUVs, vans, MPVs, and pick-ups – to account for 40% of fleets and 15-20% of private vehicles by 2030. Realizing such milestones will require, on the one hand, the government to facilitate EV imports with tax benefits and, on the other, to fast-track ‘Make in India’ initiatives.

Vehicle electrification in India will be catalyzed by government incentives like FAME II, which represents a budgetary allocation nearly eight times higher than that of FAME I. The thrust is on increased localization and domestic manufacturing. For instance, the policy emphasizes that eligibility for upfront incentives will depend on OEMs ensuring localization of at least 40% for buses and 50% for two-, three- and four-wheeler passenger cars. In parallel, compliance with BS-VI emission norms will ratchet up cost pressures on ICE vehicle manufacturers, while creating more scope for electrification.

Our research highlights that the EV value chain in India is expected to reach $4.81 billion in 2025, with batteries accounting for around $1.86 billion. Even as HEVs dominate, we will see PHEVs experiencing significant growth anticipated at 407.2%, with BEVs also demonstrating robust growth at a projected CAGR of 124.3% between 2019-2025. The total passenger car market is likely to grow from 3.3 million units to 5.8 million units by 2025, of which about 278,500 units are likely to be hybrids and EVs.

Currently, market leaders like MSIL and M&M offer the most HEV and BEV models. These two companies also have the maximum market share in terms of electric motors – most of which are developed in-house – due to their high penetration of HEVs. A majority of the market will focus on 30–60 kW specification, as it will be widely adopted by BEVs, PHEVs, and HEVs. Over time, as shown by M&M, EV automakers might look beyond being merely EV manufacturers to becoming suppliers of EV components to other EV automakers.

We will see most automakers developing their electric motor technology in-house, leveraging the expertise gained from overseas markets. Foreign automakers will focus on partnering with local component manufacturers either as part of joint ventures or as technology partners.

We believe that localization – whether of all components or target/mode-specific – will be the way forward for EVs in India. Toyota’s recent announcement aligns with this thinking. It will be pivotal to boosting Toyota’s competitiveness in terms of being able to scale up production and more effectively target cost-conscious Indian consumers. This will also be important since Toyota is focused on its hybrid models which it sees as being more attuned to the particularities of the Indian market as the country transitions towards an electrified future where more than half of all new vehicle sales by 2040 are expected to be electric.