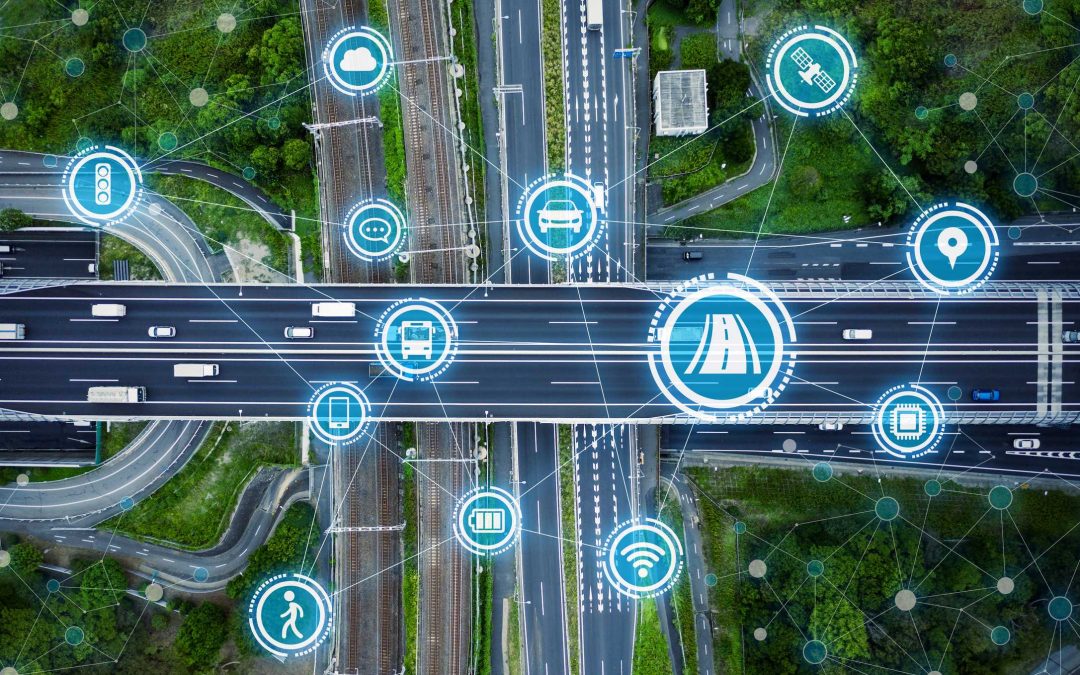 As the annual blockbuster Consumer Electronics Show (CES) wound up in Las Vegas last week amidst a resurgence of COVID-19, there was some cheer amidst the gloom. Although subdued compared to earlier editions – several biggies like Google, Intel, Amazon, Waymo, and Meta decided to go virtual, a keynote address by General Motors’ Mary Barra was recorded in faraway Detroit, and attendance at around 40,000 was barely a quarter of what it was in 2020 – it nevertheless stirred up significant buzz. It included the usual razzmatazz display of high concept cars, connectivity, and autonomous driving tech showcases, and my personal favorite, color-changing BMW iX Flow.

It’s Connectivity All the Way

As in previous years, in-vehicle connectivity was a significant theme. Blackberry used CES 2022 to announce a strategic tie-up with Chinese company Pateo, a provider of in-vehicle (IoV) internet products and services. The partnership will see the integration of Blackberry’s intelligent vehicle data platform – the Blackberry Ivy –into Pateo’s intelligent digital cockpit solution.

In more partnership news, software company Cerence announced its partnership with Vietnamese smart EV automaker VinFast. VinFast vehicles will use the Cerence Connected Vehicle Digital Twin (CCVDT) platform as part of the collaboration. The platform, which leverages sophisticated cloud and proactive artificial intelligence capabilities, will support real-time, digital representation of the car in the cloud; boost safety, convenience, and comfort; improve in-car user experience and open up new use cases.

Volvo Cars’ integration with the Google Home ecosystem spotlighted how cars are becoming an integral part of customers’ seamlessly interconnected digital lifestyle. Through the simple expedient of voice commands to their Google Assistant-enabled devices, Volvo car owners can achieve multiple tasks such as controlling the temperature in their cars.

Amazon and Stellantis picked up where they left off. In 2021, Stellantis’ vehicles incorporated Amazon’s Fire TV in their infotainment system. At CES 2022, this partnership has deepened. Stellantis announced an extended, multi-year collaboration to leverage Amazon’s technology to develop its vehicles and the in-vehicle experience. Stellantis will collaborate with Amazon to develop a next-generation STLA Smart Cockpit, with Amazon providing training to Stellantis engineers and developers. At the same time, Amazon Web Services (AWS) will be the primary cloud platform provider.

Advanced Driver Assistance Systems: Taking It Up a Notch

Baidu’s year-old EV startup JiDU stated using Nvidia’s Drive Orin system on a chip (SoC) to power its next-generation EV model with Level 4 autonomous driving capabilities. The commercial rollout is expected in 2023, with the model reveal at the Beijing Auto Show in April 2022.

Volvo spotlighted its self-driving system Ride Pilot, allowing hands-and-eyes-free capabilities in specific driving environments. Autonomous driving software company Zenseact and lidar company Luminar will be collaborating with Volvo on Ride Pilot, which will be available as an add-on subscription.

Sony highlighted its new electric SUV prototype with 40 sensors inside and outside the car to enhance autonomous driving capabilities. The car’s internal system can analyze its surroundings in real-time and has remote updates to gain functionality and safety.

Meanwhile, GM announced that its new hands-free Ultra Cruise ADAS system would use Qualcomm’s Snapdragon SoC. It will be offered in the new, ultra-luxury electric sedan – the Cadillac Celestiq – in 2023 and puts GM firmly in the driver’s seat as it ramps up its efforts to launch a self-driving car.

Meanwhile, Qualcomm’s digital cockpit and infotainment system – the Snapdragon Digital Chassis – was in high demand with OEMs. Volvo showcased its plans to integrate the Snapdragon Cockpit into its forthcoming EVs. Snapdragon will also be powering General Motors’ next generation of advanced driver assistance systems (ADAS), while Renault and Honda will be partnering with Qualcomm to use their digital chassis program.

Not to be left behind, Nvidia’s Drive Orin SoC is set to power vehicles from NIO and Polestar, TuSimple’s autonomous trucks, new automated AD features in Volvo, and, JiDU’s soon to be unveiled L4 offering.

Mobileye introduced its next-generation EyeQ Ultra SoC – EyeQ6L and EyeQ6 – for ADAS, Intel’s autonomous driving unit. It has entered partnerships with Volkswagen and Ford as well as with Geely owned EV company Zeeker to assist in mapping and sensing for an L4 autonomous vehicle which will release in 2024.

BMW’s My Modes was a revelation in enhancing the passenger experience. It is mainly about personalized settings, combining color, visuals, and audio to transform the in-vehicle experience. At CES, BMW showcased two variants of the My Modes feature: Expressive and Relax.

All About the Future Cars

And, of course, it was all about the future cars. Mercedes had a showstopper in its Vision EQXX concept. With a super sleek, sporty, aerodynamic design, this electric sedan ticked all the right boxes in terms of efficiencies for passenger EVs with a range of over 1000 km achieved through lightweight metals, solar cells, and advanced battery chemistries. The cabin boasted a massive 47.5-inch display and used eco-chic materials like vegan leather for good measure.

Sony’s foray into the mobility domain picked up momentum with its new subsidiary Sony Mobility Inc. which focuses on the EV space. It launched a prototype electric SUV at CES based on the Sony Vision-S concept. As befitting a consumer electronics giant, it has a top-notch in-car infotainment system squaring it off against the BMW Theatre Mode, which was also displayed at the CES 2022.

Stellantis unveiled its Chrysler Airflow concept electric SUV, with plans of launching the brand’s first battery-electric vehicle by 2025 and plans for an all-electric portfolio for the brand by 2028. The vehicle is integrated with leading edge drive system technology along with AI and connected features. It offers up to 350-400 miles of range along with Level 3 driving capabilities.

Powered by GM’s Ultium EV platform, the 2024 Silverado EV electric pickup truck made a splash. With an estimated 400 miles of range, it is set to throw down the gauntlet to rival Ford 150 and Tesla’s Cybertruck.

And finally, what was dubbed the “chameleon car” was the color-changing BMW iX Flow. The car’s surface features an ‘E Ink’ that can instantly change the vehicle’s color, which, at the moment, is just between black and white. More colors for greater personalization are expected soon. So what could be the primary purpose, significance, and advantage behind the color-changing car? To us, it could be threefold: one, personalization – it allows the customer to change the color based upon mood or feeling; two, it provides users with information like, for example, how much charge is still on the battery and, three, it could also support the vehicle-to-vehicle exchange of information.

CES 2022 certainly lived up to its promise of “Beyond the Everyday.” It highlighted that Connected, Autonomous, Shared, and Electric (CASE) is here, and automakers are ready to embrace it with ingenuity and innovation.

For more details, please read our forthcoming report on the highlights of CES 2022. To pre-book your copy, please contact: sathyanarayanak@frost.com