CONNEX19: An Update from Alcatel-Lucent Enterprise

With an unbeatable location, Alcatel-Lucent Enterprise (ALE) celebrated its 100 years by hosting its CONNEX19 partner, executive and analyst events in the iconic principality of Monaco. The anniversary was an opportunity for the company to not only update the market with the latest and greatest news of its communications and networking division, but also to share […] 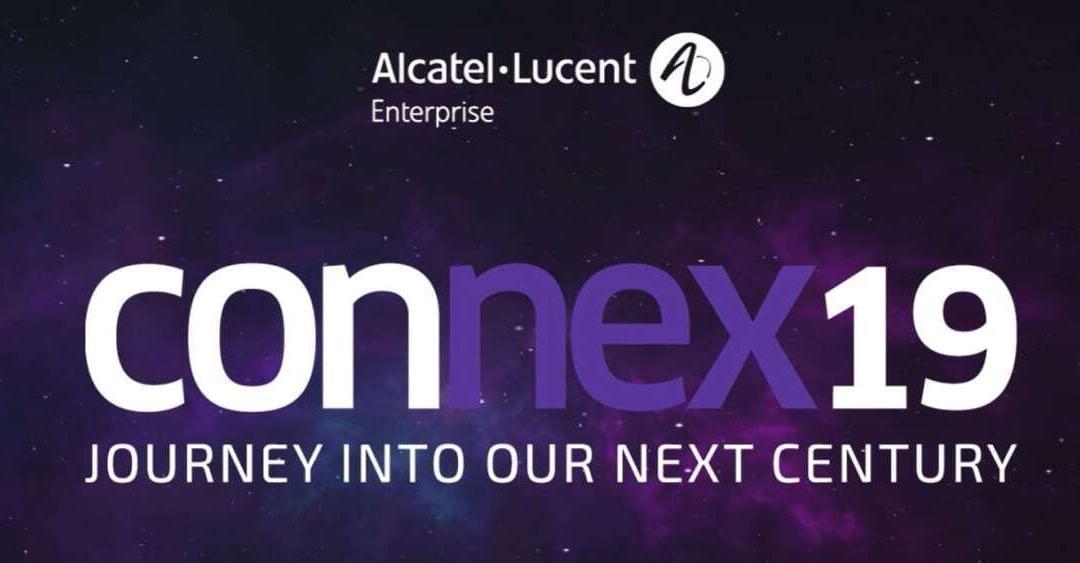 With an unbeatable location, Alcatel-Lucent Enterprise (ALE) celebrated its 100 years by hosting its CONNEX19 partner, executive and analyst events in the iconic principality of Monaco. The anniversary was an opportunity for the company to not only update the market with the latest and greatest news of its communications and networking division, but also to share ALE’s futuristic vision for the next 100 years.

ALE kicked-off the event by sharing some of the company’s major breakthroughs from 2018. Before this, ALE reminded the audience about its key growth pillar: driving the vertical digital transformation of the market by focusing on five key industries: education, transportation, government, healthcare and hospitality. The digital transformation journey offered by the company to its customers includes IoT-enabled networks, communications, and flexible service business models.

From a regional perspective, EUSO, including Southern Europe, Middle East, Africa and Latin America, saw growth mainly in France, the company’s headquarters, fuelled by major alliances and value added distributors, as well as growth of Stellar, the company’s Wi-Fi offer and OmniVista Cirrus, ALE’s cloud network management solution. For EUNO, the region including North, Central and Eastern Europe, Russia and Israel, the company had growth in all its major countries, especially in Germany and UK, fuelled by a healthy distribution model and double digit growth in the transportation and healthcare industry. The Asia Pacific (APAC) region, on the other hand, was the fastest growing region with growth across the entire theater, especially in China, India and Japan. Finally, in North America (NAR) ALE reported double digit growth in transportation and healthcare as well as solid foundation in education.

From a cloud communications perspective, ALE reported breaking through the 1 million mark of Rainbow cloud users, of which 200,000 are monetized or owned by the company’s business partners. Out of the 200,000 users two-thirds are connected to ALE PBXs, of which 60% are linked to the company’s SMB platforms and 40% linked to ALE mid and large platforms. This represents 7,000 companies using ALE’s cloud offer. On top of this, ALE also reported continued growth in its private cloud initiative, the OpenTouch Enterprise Cloud, used by 25 partners on a worldwide basis. ALE reported an additional 250,000 users coming from its private cloud offering.

In addition to the cloud figures, the company also reported the general addition of 550 new logos in the five verticals it is targeting; the growth of its Stellar access points, which multiplied by three and is outpacing Aruba product sales; the issuance of 10,000 ALE partner training certifications, and the addition of 300 new partners in 2018; and the growth of the company’s CPaaS offering with more than 600 developers using the Rainbow API Hub today to develop various types of applications.

Finally, ALE updated the audience on the strengthening of some of its key partners including: IBM to enhance Alcatel-Lucent’s Rainbow API Hub CPaaS platform with AI and cognitive-communication capabilities; a tactical update on an existing relationship enabling PGi to deliver high definition audio conferencing for Rainbow UCC services; and a new Samsung partnership to offer an integrated mobile solution, including Samsung’s DeX for mobile, Samsung KNOX security and Alcatel-Lucent Rainbow, for the mobile workforce.

Embarking on a journey to the next century

While ALE recognizes that it is not a futurologist, the company believes that a lot of how the world could look like in the future leads to the notion of Transhumanism, an international philosophical movement that advocates for the transformation of the human condition by developing and making widely available sophisticated technologies to greatly enhance humanintellect and physiology. Technologies such as IoT, AI, wearables, and smart objects would all contribute to augment humans’ intellectual abilities. Hybrid workplaces would proliferate with humans, AI, and bots living side-by-side.

Taking into account this futuristic technological vision, ALE has at least identified the main focus areas or key technologies that will be part of its roadmap for its next 10 years: Connectivity, Internet of Things, Advanced Intelligence, and Cloudonomics.

When it comes to connectivity, ALE emphasized that without it there couldn’t be any possible journey to digital transformation. Therefore, connectivity must be the foundation for building digital solutions, and being able to deliver it in an automated, mobile and secure manner to ALE’s customer base is a priority to the company.

The second focus area is Internet of Things–the promise of a universe of connected devices automatically feeding business systems with data-driven insights, keeping companies informed about everything – from how customers are using products to when a piece of vital equipment needs replacing. ALE is currently focusing on multiple IoT-related concepts such as IoT hub, IoT enablement and IoT fingerprinting, among others.

The third focal area is on advanced intelligence and the preparation of enterprises for the hybrid workplace. This involved the identification of benefits of machine learning, AI, natural language processing, and other technologies for companies. ALE would be analyzing how to extract the knowledge of each type of transformative technology to the benefit of an organization’s communication and workflow.

Alcatel-Lucent has proven its merits over many decades and is well positioned to help shape the future of business communications. At Connex 2019, Rukmini Glanard, ALE’s newly appointed Executive VP Global Sales & Marketing said “The best way to predict the future is to create it”. I personally believe that the company is taking the right path to help its base of 45 million users on their digital transformation journey. ALE’s distinguished vertical approach to business communications and collaboration; its ever-growing cloud communications story; its well-established partner and reseller ecosystem; and its deep commitment to next-generation technologies, including IoT, AI and CPaaS, among others, are expected to set up clear differentiators in an increasingly complex, evolving and competitive industry.