Electromagnetic Microwaves Bring Much-Needed new Weaponry to the Arsenal of Breast and Stroke Imaging by Nadim Michel Daher, Industry Principal Medical Imaging and Informatics, Frost & Sullivan When it comes to non-invasively imaging the human body’s internal organs and tissues, we use all kinds of waves and radiations at our disposal. We use X-rays in […] 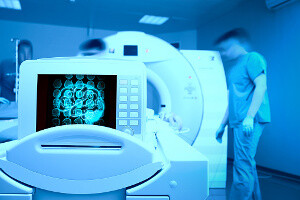 When it comes to non-invasively imaging the human body’s internal organs and tissues, we use all kinds of waves and radiations at our disposal. We use X-rays in radiographic or computed tomography (CT) imaging, acoustic waves in ultrasound imaging, magnetic fields in magnetic resonance (MR) imaging, visible light in optical imaging, along few other types of modalities. As for the use of microwaves (or radio waves, or “radar”) in diagnostic imaging applications, it has been experimented with for many years, but has remained confined until recently to the research realm. Now, as it enters the commercialization stage, it’s time to take a closer look at the clinical potential of this exciting new imaging modality.

It turns out that those same types of electromagnetic waves that our cellular phones use to transmit voice and data, actually check all the marks for being used as a medical imaging modality. They can penetrate tissue in a non-ionizing and presumably harmless manner, get scattered based on the dielectric properties of tissue, and this scatter can be measured back by radio sensors in order to reconstruct an image.

Like every imaging modality, microwave imaging comes with its strengths and limitations. On the upside, microwave imaging is fast, safe, and can provide powerful functional imaging capabilities, in real-time and in three dimensions. Its hardware components come in small size and at low cost, as they benefit from the ongoing miniaturization and cost efficiencies of the large consumer electronics markets of wireless devices. On the downside, the modality provides rather low spatial resolution and could use a broader body of clinical studies to understand it more fully.

That is about to change.

Two startup companies, Micrima from the UK and EMTensor from Austria, were on the exhibit floor of the 2018 European Congress of Radiology to talk about new large-scale clinical studies that are nearing completion and to showcase clinical imaging systems that are ready and about to be ready for prime time, respectively.

Digital mammography is the established mainstay in breast cancer screening and diagnosis, and the advent of 3D digital breast tomosynthesis over the last few years has taken the modality to the next level. However, X-ray breast imaging has intrinsic limitations which various other modalities, such as breast ultrasound, breast MRI and molecular breast imaging, have been seeking to address. Despite the advances in these various modalities, all of which still have important shortcomings, the position of an effective adjunct to digital mammography remains very much underserved. It is in this context that radiowave breast imaging is evolving, through multiple research and development efforts as detailed in the recent paper “Recent Advances in Microwave Imaging for Breast Cancer Detection”.

The most mature of these is Micrima’s MARIA® breast imaging system, in development for more than a decade and CE-marked since 2015. It uses radio-frequency waves to image the breast in 3D, while providing optimal patient comfort. It does not require breast compression, and the patient is lying down on a table in natural position. The resulting images provide a detailed view of the functional activity in breast tissue, which indicates the presence of lesions. Thanks to the deep penetration of radiowaves in breast tissue, unhampered by bones or air, the modality is effective in various types of breast but particularly effective in dense breasts which has been a key area of breast imaging needing improvement. Continuing development work involving machine learning is expected to further improve the functional characterization of lesions provided by the system in the very near future. As the company’s new set of ongoing clinical trials in the UK near completion, this new modality is starting to deliver on its high promise of augmenting the breast imaging armamentarium.

Stroke imaging was a hot topic at ECR 2018. As interventional treatment techniques of stroke have taken off (complementing the more mature intravenous therapy (IV) techniques), brain imaging of stroke patients has become a cornerstone of stroke patient management. Indeed, the key to managing stroke patients most effectively is the ability to differentiate between an ischemic or haemorrhagic stroke as quickly as possible, ideally during the critical first hour of crisis and definitely under the 3-to-4-hour mark. This is how emergency clinicians can decide whether or not to administer tissue plasminogen activator (tPA) treatment, or whether to send the patient directly to a center equipped to perform endovascular thrombectomy interventions, neurosurgery, and neuro-critical care.

Therefore, there is a very strong clinical rationale for an effective imaging modality that can triage stroke patients quickly, as soon as they reach emergency wards or even earlier, such as on-board ambulances in mobile stroke units (MSU). EMTensor’s brain imaging system, now in its third-generation with the fourth already in the works, is extremely promising. The system has a much smaller footprint and considerably lower cost than the mobile CT units that are starting to equip ambulances. This makes it much more realistic to envision it as a standard equipment of ambulance fleets. Further, its safety profile makes it suitable for clinical use cases not possible with conventional MRI or CT brain imaging, such as 24/7 brain monitoring of patients with traumatic brain injury (TBI). EMTensor seems to be moving in these directions quickly, with two brain scanners used in ongoing clinical studies, and plans for CE-marking and FDA approval within 2-to-3 years.

It is exciting to be able to witness the up-and-coming of a brand new imaging modality and to watch it take its very first steps into the clinical field. It makes one realize that there are always new avenues for bridging some of the gaps left open by the current spectrum of imaging modalities. Big imaging vendors should take notice of this new versatile, safe and cost-effective modality, which stands a good chance of establishing itself at the frontlines or as an adjunct across various care pathways, potentially disrupting places where ‘big-iron’ modalities are established today.