Touted as the world’s “leading conference on IoT and digital transformation”, Bosch ConnectedWorld (BCW) 2019, which was held May 15-16 in Berlin, Germany, highlighted once again the almost limitless possibilities of connected products, services and solutions in revolutionizing consumer and industrial spheres. 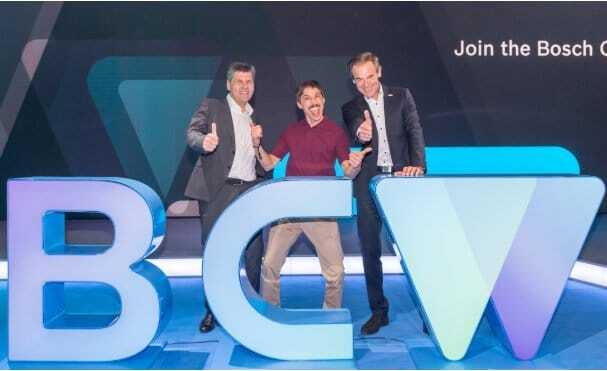 The 3T formula—things, technology and trust—will be critical to successfully propelling use cases to the mainstream

Touted as the world’s “leading conference on IoT and digital transformation”, Bosch ConnectedWorld (BCW) 2019, which was held May 15-16 in Berlin, Germany, highlighted once again the almost limitless possibilities of connected products, services and solutions in revolutionizing consumer and industrial spheres. Living up to Bosch’s motto “Invented for life”, the conference also looked at the often unexpected and surprising ways in which the Internet of Things (IoT) continues to (re)shape our everyday lives.

While the event delved into diverse themes—moving from the IoT to an Economy of Things (EoT), the significance of the human element in connected environments, the social impact of IoT, its role in verticals ranging from mobility and building/construction to logistics and manufacturing, and cross-domain use cases—my own takeaways from the conference centred on four main topics:

There is perhaps no more fitting an analogy for Bosch’s phenomenal achievements with IoT than the exponential growth of BCW’s attendees, up from a modest 300 in 2014 to a staggering 5,000 this year.

Bosch’s strategic blueprint for the IoT was a constructive lesson in best practices and using a bottom up approach by really listening and responding to what users want. As revealed at the conference, Bosch’s three stage process is deceptively simple but incredibly powerful. At the first, more granular level is enabling IoT in companies; at the second and more far-reaching level, is digitalizing whole ecosystems whether in agriculture, mobility, construction or homes; and, at the third, more big picture level is advancing IoT as a lynchpin across new, cross domain ecosystems.

On a more humorous note, public awareness about Bosch’s IoT slogan ‘Like a Bosch’ was so widespread that it was referenced in that ultimate pop cultural mode—an online video! Grabs from Bosch’s IoT campaign were watched online by millions – and ‘Shawn’, the charismatic star of the ads, even burst into Dr. Bolle’s key note (see picture). This, in a very telling way, reflected the move of IoT from being a niche concept to becoming a more mainstream and customer reality.

One of the main ideas—EoT—that overarched the conference was best described by the CEO of Bosch, Dr Volkmar Denner, ““In the future, things will not just be connected in order to communicate, they will do business together.” It was widely acknowledged that Distributive Ledger Technology (DLT) will be a key enabler in realizing this decentralized system. Currently, the most prominent example of DLT is blockchain.

A clear example of the march toward an EoT has been the joint development by Siemens and Bosch of a smart parking management system that uses blockchain to automate billing. Seems unimaginable – not having to fumble for change anymore to pay for a parking ticket! Similar use cases are in development for e-charging and road tolls. Such applications illustrate that Bosch’s strategic three step plan to becoming a successful IoT player is already at stage three, and on track to support an unprecedented range of new connected solutions in the mobility space. It also underlines one critical fact: progress toward EoT will be based on a foundation of partnerships, some mostly collaborative and others with a healthy dose of competitiveness underlying them.

Bosch’s partnership with DiDi, the world’s largest eMobility service provider (eMSP), represents another interesting partnership where Bosch offers DiDi a smart battery management tool. One of the anticipated benefits for the partners here is the increased longevity—by almost 20%–of batteries. A further example of how collaborative efforts are driving an EoT is Bosch’s tie up with major German utility company, EnBW. Here, ‘Smight’, a smart metering system/charging point for electric vehicles, underlines Bosch’s credentials of being an eMSP enabler. The JLR-IOTA-Bosch partnership triangle for a car e-wallet, in which drivers earn cryptocurrencies as reward for sharing data was another use case to watch out for. A pay-per-part business model from Munich Re in which the reinsurer acts as the asset investor, a move that could enable car sharing fleets, was yet another instance of how synergies are being fostered in the EoT space.

This year’s BCW 2019 conference also marked the debut of the first Digital Trust Forum, which brought together stakeholders in the IoT space with the objective of building and reinforcing trust in digital systems. The idea of the forum sprang from the basic premise that until users—whether at an individual or enterprise level—are confident and convinced about the security of the connected universe, IoT’s transformative potential will remain unrealized.

The Digital Trust Forum and Bosch also stressed that in order to build relevant solutions that have a positive impact on society, things and technology will need to be aligned. In keeping with this, for example, there has to be a focused transition from big data to smart data. However, as several industry leaders observed, not every data-driven pilot will necessarily evolve into a successful and profitable use case in the future. As IoT gathers momentum, it is the human element that will continue to be pivotal. This means that solutions, ultimately, not only need to be convenient, they also need to be secure, safe and create a feeling of trust among customers.

Bosch also demonstrated how it was incorporating the 3Ts into some of its own real world concepts including in coop scooters, e-bikes, and manufacturing.

The key message about trust was also voiced by many start-ups who have used BCW as a venue to spotlight their high potential pilots. What was amply clear was that the issue of trust was crucial not only for customers but also for founders/project managers as well. As Sebastian Herzog, Senior Vice President at hy – the Axel Springer ecosystem firm, pointed out, patience is fundamental during the intense development phase.

The message then was loud and clear: while things and technology might be ready, they will require the critical element of trust to be successful. For instance, fully functioning use cases like coop scooters or e-bikes show that IoT and connectivity are not just gimmicks, they have become mainstream and that their popularity and success have been built on a solid foundation of the 3 Ts.