Impact of Changing Political and Regulatory Landscape on the Pumps Market

Global pump market witnessed negative growth of 1.1% for the calendar year 2016, due to drastic fall in demand from Oil & Gas industry. Asia-Pacific (APAC) was the largest demand contributor, followed by Europe and North America. Oil & Gas, Water and wastewater, Power Generation, Chemical & Petrochemical were the key end users for pumps. […] 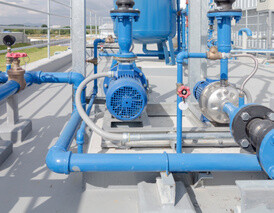 Global pump market witnessed negative growth of 1.1% for the calendar year 2016, due to drastic fall in demand from Oil & Gas industry. Asia-Pacific (APAC) was the largest demand contributor, followed by Europe and North America. Oil & Gas, Water and wastewater, Power Generation, Chemical & Petrochemical were the key end users for pumps. For 2017, end-user industries were largely impacted by the changing global political and regulatory landscape. Following are region wise key political events, which had an influence on the growth of pump market and are expected to shape its future.

Impact of US Presidential Elections on the Pump Market: Election of Donald J Trump as the 45th President of the United States resulted in startling benefits for industries such as steel, non –renewable energy, and manufacturing sector. Current government’s move to expedite major oil pipeline projects such as Keystone XL and Dakota Access Pipeline is expected to drive the domestic demand for pumps. In addition, new discovery of shale at the Texas’s Permian Basin in 2016 is anticipated to increase Oil and Gas activities, subsequently increasing the demand for pumps.  Increased Oil and Gas activities such as Steam Assisted Gravity Drainage (SAGD), Offshore production, Subsea Systems, Onshore Pipelines and others  are projected to increase the demand for single stage, multistage pump, barrel pump, multiphase twin screw pump, multi stage extraction pumps, cryogenic pumps along with other pumps .Withdrawal from Paris climate accord and reducing spend for United States Environmental Protection Agency (US EPA) are reflective of the current administration’s intention towards renewable energy.  If assurance of revitalizing the bleak coal mining is achieved, then pump industry will witness increase in demand from the coal mining as well.  Withdrawal from the 12 nation Trans-Pacific Partnership (TPP) and North American Free Trade Agreement (NAFTA) is expected to have minimal impact on the pump market, as most of the demand is met by domestic manufacturers.

Europe Intensified with Populism:   Growing far right populism led to 52% of people in the United Kingdom voting for Brexit. Brexit has impacted the Oil & Gas Industry, Infrastructure, Steel, Mining, and Energy sectors. Glooming uncertainty led to fall of investments in these industries. Decommissioning of depleted oil rigs in North Sea due to lack of revival of oil and gas industry, led to fall in demand for pumps in Europe.  Oil and Gas industry is a key contributor to the UK’s economy. Lack of tax relief, uncertainty in investment by the government is driving bigger energy companies such as British Petroleum (BP P.L.C) and Royal Dutch Shell to sell or decommission their rigs in the North Sea.  However, the United Kingdom’s decision to be part of European Economic Area (EEA) and the consequent transition is expected to impact the growth of aforementioned end use industries, thereby, impacting demand for pump.

Likewise, outcome of the Germany’s election is reflective of the growing populism in Europe. Alternative for Germany (AfD), a right wing Populist Party secured 12.6% of the total votes. Albeit, Christian Democratic Union (CDU) led by Angela Merkel won 33%, fall in share of votes is expected to slow down the investments in the end-user industries. In addition, sanction on Russia by the United States, Canada and the EU, due to Crimea conflict since 2014, has adversely impacted the end users of pump and subsequently the demand for pumps.

Imbalance of Power in the Middle East:

For the past months, Middle East has been squirming with political turmoil ranging from carnage of the Syrian war, Qatar diplomatic crisis; to failed coup in Turkey, which has destabilized the Middle East political power tussle.  Appointment of Mohammad bin Salman as the crown price of Saudi Arabia is anticipated to broaden the economy into industries such as renewable energy, real estate infrastructure, and healthcare and not confine it to oil and gas industry. Middle East grappling with political instability, mounting insurgency, and falling oil prices is expected to curtail oil and gas activities such as exploration & production (E&P) and crude oil refining, resulting in reduced demand for pumps.  However, activities in other nations such as investment in Egypt’s hydrocarbon sector and in Israel’s leviathan gas fields are expected to drive marginally the demand for pumps in Middle East.

Proposed US Tax Reforms and Its Impact on North America:  Current US government is expected to lower the income tax cut by 20% to 15%. This is expected to reduce the marginal effective tax and royalty rate (METRR) in the United States. Further move to reduce the capital expenses and interest rate is expected to have positive impact on the pump end-user industries.  Domestic oil and gas industry is expected to witness substantial growth and result in increase in demand for pumps. However, Canada will be largely impacted by the proposed slashing of income tax cut. Alberta and Saskatchewan in Canada, two oil intensive production regions are expected to lose their competitiveness. Alberta offers one of the lowest METRR for oil in North America. After proposed tax cuts, METRR value in the United States will be around 28.6%, which is closer to the Canadian value of 28%. The proposed tax cut will impact the domestic oil and gas industry in Canada and its exports, thereby, adversely the demand for pumps in Alberta and Saskatchewan.

Attaining green building certification as part of efforts to curtail carbon emission has become vital in Europe.  Builders are constantly measuring energy consumption from various building service such as Heating, Ventilation and Air conditioning (HVAC) and other equipment. The European Union’s Energy-related Products (ErP) mandates pump manufacturers to have Conformité Européenne (CE) mark on the pumps to be sold in European Union. For pumps to have CE mark, they have to comply with Energy Efficiency Index (EEI) and Minimum Efficiency Index (MEI) requirements. EEI specific to circulators, defines the required relation between power input with reference power output, Whereas, MEI specific to water pumps, relates pumps efficiency with the benchmarked unit.

Other Existing Regulations and Laws:

Existing requirements for pumps include laws pertaining to materials in contact, design, and standardization of product, carbon footprint count such as product environment footprint (PEF).

2018 Mexico Elections:  Mexico is anticipated to have its 20th general elections by July 2018. Economic revival will be the main agenda for parties competing in the upcoming Mexican elections.  Mexican government’s 2014 energy reform is expected to be revisited and amended. Proposed production partnership by US Company Exxon Mobil with its Mexican counterpart, Pemex, is expected to be impacted by outcome of Mexico’s 2018 elections. Loss making Mexican Oil and Gas Industry is expected to have low demand for pumps in the coming months.