As expected, the Indian budget for the year 2016-17 pledges to bring in reforms toward transformational growth for the country. India, currently on a strong growth trajectory, is expected to register more than 7% GDP growth in fiscal 2016-17 – the biggest rise since 2010 driven by a continued drop in oil prices and heavy […] 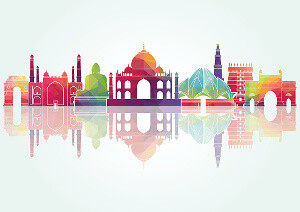 As expected, the Indian budget for the year 2016-17 pledges to bring in reforms toward transformational growth for the country. India, currently on a strong growth trajectory, is expected to register more than 7% GDP growth in fiscal 2016-17 – the biggest rise since 2010 driven by a continued drop in oil prices and heavy public investment. In order to safeguard the economy amid global volatility and sustain the current economic momentum, Mr. Jaitley addressed some of the country’s important pain points in its budget announcement.

The aspirational “nine-pillar agenda”, as laid out by Finance Minister Arun Jaitley on 29th February 2016 identifies nine areas of focus for the government towards building an economy driven by strong physical as well as human capital. These nine priority areas of the government are: Agriculture, rural sector, social sector, education and job creation, infrastructure investment, financial sector reforms, governance reforms and ease of doing business, fiscal discipline and tax reforms.

This year’s budget introduced a lot of measures for the agrarian sector as well as rural India 2015 witnessed the worst monsoon in the last six years for India with more than 30% rainfall deficit in all major food producing regions. The 2016 Union Budget has brought in 28.5 lakh hectares under the irrigation umbrella.

Some of the measures to boost a healthy agricultural growth of more than 3% in 2016-17 and beyond are noteworthy:

The budget has allocated an overall Rs. 87 crore towards the rural sector including Rs. 38.5 crore for Mahatma Gandhi National Rural Employment Guarantee Act (MGNREGA) to ensure social security and Rs. 8.5 crore towards rural electricity to achieve its target of 100% electrification rate by 2018 and electrifying 7000 more villages by March 2016. The allocation towards MGNREGA, the flagship 100 days of wage-employment scheme is hiked by Rs 3800 crore and the highest allocation ever in this budget.

The budget announcement has created waves of disappointment amongst the rich and the middle income taxpayers. However, the small income taxpayers get the biggest relief since for an earning below Rs 5 lakh, ceiling on tax rebate increased by Rs 3,000.While the Surcharge on income of over Rs 1 crore raised to 15% in this budget from 12% from last, no changes have been made in the Income Tax slab which was last changed in 2012 union budget. Overall the budget doesn’t have big proposals that would improve disposable income particularly for the salaried class. From a revenue standpoint, the government has expected the personal income tax receipts to grow by 18% in 2016-17. While the focus is clearly towards social and structural reforms, many measures have been announced to streamline and reform tax compliances.

Given the overall agenda of macroeconomic growth, maintaining fiscal stability continues to be vital. The fiscal deficit is on a gradual decline from worrying 4.8% levels to a projected 3% of GDP by the end of FY 2017-18.

On the expenditure side, much of the fiscal compliance would come from a drastic 3% reduction in government’s subsidy bill oil fuel, food and fertilizer. As expected, petroleum subsidies saw the biggest cut of 10.2% compared to 2015-16 position due to low crude oil prices.

Infrastructure, identified as one of the nine pillars of growth, is allotted Rs. 2 lakh crore towards expansion of rail and road including Rs. 19 thousand crore specifically for the rural sector. An additional Rs. 50-100 crore is also funded towards developing 160 non-functional air strips as a part of low cost flying plan. With 85% of road projects are being back on track, a target of 10,000 kms of additional national highway in on the cards.

The Indian vehicle market as well as the auto component industry is likely to be shaken up given the introduction of infrastructure cess and the tax collection at source (TCS). The auto industry is concerned that the announcements will dampen consumer sentiments and restricts demand. The price of small and medium cars will now carry infrastructure cess of 1% and 2.5% levied respectively on petrol and gasoline driven cars and diesel driven cars. High capacity passenger vehicles and SUVs have an additional 4% levy imposed. The increase in levy comes in a time right after the stringent pollution control measure of banning sale of diesel vehicles exceeding 2000 cc engine.

Make in India gets its due

As suspected, Make in India gets much of a mention in the union budget announcement this year in order to keep on advocating domestic value addition. Manufacturing has traditionally a low contribution to GDP.  Its share has averaged to 17% in 2014 as opposed to China that records an impressive 36% and Thailand with a 28% share.

The most important announcement for manufacturing is the whole gamut of changes in customs and excise duties to help make manufacturing competitive for sectors such as defense, IT and capital goods. Excise duty has been scrapped from different parts and components manufacturing in order to reduce cost in key areas of Make in India drive and liberalizing CENVAT. On the mobile handset market, Indian government is trying to boost local production through duty exemption. Defense sector receives a considerable 38% increase in the budget allocation and also the announcement of complete exemption of Customs duty on import of spares.

Plunging oil prices had created room for the government to increase crude prices cess by 20% from the existing Rs 4,500 /metric ton. Special emphasis has also been laid out to boost the renewable energy sector by allocating Rs 5 thousand crore. The Government has also made some excise duty reductions considering the ambitious renewable energy capacity target of 175 thousand megawatts till  2022, an increase of 22% compared to 2015 levels. In order to make green energy projects viable, the clean energy cess on coal has been doubled to Rs. 400 per tonne of coal mined. This is likely to impact the thermal power producers, cement, and metal producers.
Mr. Jaitley has also talked about a proposal of liberalization of gas prices by allowing upper limit-linked free market prices for natural gas. This will help exploration firms like Reliance and BP Plc. seek higher rates of production from deep-sea fields that require bigger investments.

In order to catalyze the Digital India program, 11 new technology initiatives has been announced in the Union Budget 2016 including usage of data analytics to keep a tab on the tax evaders. Training on computer literacy as a part of the Digital Literacy Mission to cover 6 crore rural households should help create more jobs and bring incomplete digitization of the government sector.

The Union Budget 2016 has much to offer to the higher education system. The Department of School Education and Literacy has got an allocation of Rs 43 crore in 2016-17 an increase of more than 3% compared to 2015-16 allocation. The allocation towards The Department of Higher Education was hiked by 13% in 2016-17 to Rs 28 crore. The Finance Minister also announced creation of a Higher Education Financing Agency (HEFA) in order to devote and create infrastructure in eminent institutions like IITs. 62 new Navodaya Vidyalayas will be opened in untapped districts by 2018 for proficient students

The biggest relief to the travellers is that there is no hike in passenger fares announced. Among the key announcements made in the railway budget, capacity expansion and building infrastructure of laying 7 km of tracks every day is promised in 2016-17 as opposed to 4.3 km of tracks per day in the last six years. This plan will help expand railway tracks by 13 km a day in 2016-17 and by 19 km per day in 2018-19.  Rs 8.8 lakhs has been earmarked towards improvement of railway infrastructure in the next five years. As a part of the Swacch Bharat initiative, 17 thousand biotoilets and additional toilets in 475 stations by the end of 2016-17 have been guaranteed. The introduction of Deen Dayal coaches for long distance trains to serve unreserved passengers is also attributed towards enabling rural India. Interestingly, in order to bring enable better accessibility to the North East Mizoram and Manipur, are to be connected through broad gauge as a part of the new project implementation.

Foreign Investment welcomed in food retailing, for a change

Overall, it is a pragmatic budget clearly heavy on farm and the rural sector reforms aimed towards building sustainability and generating structural demand. The increase in taxes seem to be mostly borne by the super-rich which would bring one to the question as to whether this was a move to appeal to the masses in the second year of term of the Modi government. A series of imposition of taxes and subsidy cuts implies the government’s efforts to reap the benefits of low oil prices and to uphold fiscal prudence. Other than the fiscal commitment announcements, there have not been any other exuberant measures that were laid out as a part of the Union Budget this time. While India’s GDP growth is promising and the highest among the emerging markets currently, some of the very important economic parameters including industrial production, exports, corporate sales, credit, and agriculture production have seen falling growth in 2015-16. Hence a much stronger public investment was expected to be announced to help country stay resilient. It was well foreseen that the global slowdown and the heightened risks would form the basis of the budget announcement this year.