The rapid advances in drone technology in recent years, along with a “perfect storm” of AI, analytics, and Internet of Things convergence, has been driving increased adoption of autonomous drone technology. Frost & Sullivan’s research analysts predict market revenue (for drone services alone) will grow more than 10-fold from 2020 to reach $515 million by […] 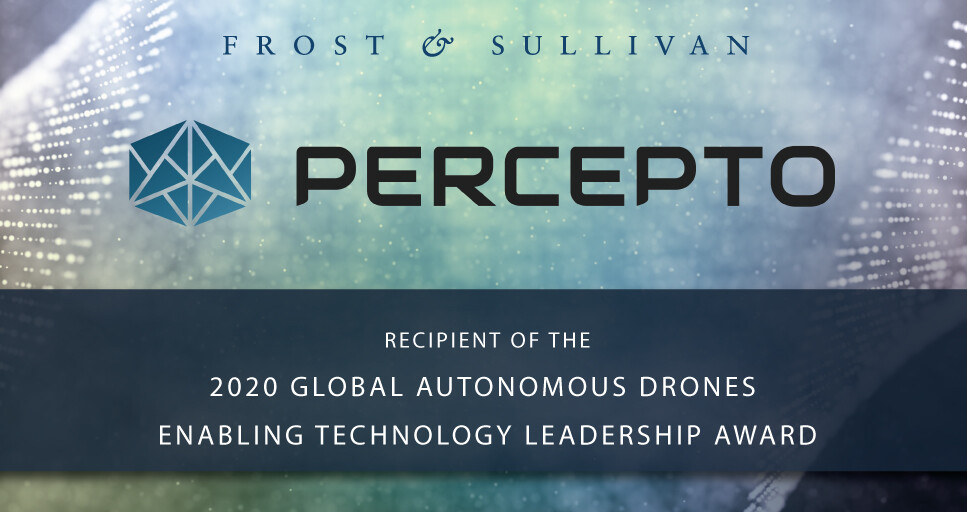 The rapid advances in drone technology in recent years, along with a “perfect storm” of AI, analytics, and Internet of Things convergence, has been driving increased adoption of autonomous drone technology. Frost & Sullivan’s research analysts predict market revenue (for drone services alone) will grow more than 10-fold from 2020 to reach $515 million by 2030.

Owing to this demand, we took a closer look at the rapidly-growing industrial autonomous drone segment, identified the market leaders, and earlier this year recognized one company, Percepto, with our 2020 Global Enabling Technology Leadership Award in the autonomous drone industry.

Then, the COVID-19 pandemic hit. And it brought the changing attitudes to and applications of autonomous drone technology to the forefront. The pandemic resulted in a massive decrease in travel and widespread orders for people to remain quarantined at home and/or practice “social distancing”. While the nature of actions taken to limit the spread of the virus has severely impacted economic sectors like travel, hospitality, and entertainment, the repercussions have been felt in nearly all industries.

It has become increasingly clear that the growing range of applications which can be conducted by drones – already a trend pre-pandemic – has been turbocharged by COVID-19. Ensuring “contactless” and remote yet continuous operations in multiple industries, forward-thinking operators have quickly ramped up rollouts and adapted usage patterns of autonomous drones to the “new normal”.

Several market factors were driving the uptake of autonomous drone systems even before demand driven by the pandemic response came into play. Frost & Sullivan research has highlighted several major trends that will continue to fuel the commercial drone market growth. Those trends include automation and artificial intelligence (AI) – two technologies which are linked because computer vision, a subset of AI, enables key autonomous drone navigation features including precise landing and autonomous navigation in case of GPS loss. More importantly, computer vision and AI enable people detection and tracking, fire detection, anomaly detection and other applications that make the autonomous drone far more than just  “a flying camera”, and enhance the ROI of drone usage for a variety of tasks.

As more and more beyond visual line of site (BVLOS) operations occur, demand for pilotless drones will increase. There will be more “man-on-the-loop” as opposed to “man-in-the-loop” operations as drones will be monitored rather than flown. In addition to AI enabling advanced functionalities and autonomous flight, machine learning will be increasingly relied upon to process data at the edge –enabling real-time notifications and alerts that assist organizations in responding more quickly and effectively to anomalies and crises.

Percepto is a company that exemplifies the capabilities, trends and technologies listed in the previous paragraph. They provide a best-in-class drone-in-a-box solution. The company’s proprietary Sparrow drones are designed with advanced analytics, AI, automation software, computer vision, and ML to optimize functionality. Its ruggedized and weather-proof Percepto Base and PerceptoCore software round out a system that provides 24/7 pilotless drones for a wide range of enterprise applications. Percepto’s solution is so impressive the firm recently earned our 2020 Enabling Technology Leadership Award for the Autonomous Drones Market. While there are other drone-in-a-box solutions, there are only a few companies that have mature, deployed systems and none have deployed as many as Percepto.

The market for fully-autonomous drones is still nascent. As global drone regulations begin to shift in favor of these systems, autonomous drone companies with solid, deployable solutions stand to benefit. In general, there’s growing demand for drone autonomy which can be evidenced by the recent release of the Skydio 2 as well as DJI’s Matrice 300, which can automate routine inspections. However, the true growth potential in the autonomous drone market is for drones that are part of a broader solution – one that automates not just the flight itself but also the planning of a flight, the data analysis and the insight dissemination. These systems can involve a network of semi- and/or fully-autonomous drones that launch automatically, on a schedule or on cue (via AI or other sensors), and can be monitored from a remote location and at whatever scale is required. This will maximize return on investment. There are many competitors in this space, but Percepto’s autonomous drone-in-a-box solution rises to the top due to the proven performance of its deployed products and the company’s endless drive to customize its solution to address various use cases and operational needs.

Response to the COVID-19 pandemic has resulted in the expansion of some current drone use cases as well as the discovery of new use cases. In general, this has led to a growing appreciation for the benefits that small drones can provide. There is no way to determine how long this pandemic will last, or if the virus will mutate and persist, which makes it difficult to estimate the impact COVID-19 will ultimately have on the growing UAS market. However, because they possess the ability, by design and process, to limit human contact while conducting operations like delivering critical items, conducting critical infrastructure inspections, and monitoring high value assets, drones and drone services will only see increasing demand. Especially autonomous drones like those that Percepto provides. Learn more about Percepto: https://percepto.co/

Share This
We use cookies on our website to give you the most relevant experience by remembering your preferences and repeat visits. By clicking “Accept All”, you consent to the use of ALL the cookies.
In case of sale of your personal information, you may opt out by using the link Do not sell my personal information.
Cookie settingsACCEPT ALL
Manage consent