Potential and Impact of Single-Use Pumps on the Biopharmaceuticals Industry 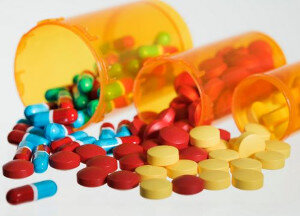 In today’s highly competitive and fiercely regulated marketplace, factors that every biopharmaceutical manufacturer needs to focus on so as to remain competitive with problem-free production are flexibility, fast changeover, greener production lines, and minimized contamination risks.

Other key aspects acting as major propellers of growth of single-use pumps in the biopharmaceuticals industry include sudden unprecedented rise in FDA approvals of biologic drugs into the market, a strong pipeline of ground-breaking developments waiting to get launched, a resilient M&A landscape, and the swelling therapeutic indications from existing drugs and biologics.

Overview of Drug Development and Its Process

The typical process of manufacturing and commercialization of drugs is extremely critical, time-consuming, and tedious and requires attention to details and mandates which is accompanied by patent filing, product development, toxicity checks, and clinical trials.

Ideally, the first step in the process of drug development involves obtaining patent right for the drug. Patent submissions generally need to be completed during the drug development phase  itself and, one of the primary goals that biopharmaceutical companies focus on accomplishing is commercialization of drugs developed during the average 20-year patent period.

Use of single-use technology pumps such as peristaltic or diaphragm pumps eases this process by allowing efficient development of biologic drugs and reduces the time taken to take these drugs to the market. (change ‘SU’ to ‘Single-use’ in the picture below, to maintain consistency)

Preliminary research of the global single-use pumps market suggests that the total revenue generated in 2015 was $121.72 million and by 2020, the market is expected to generate revenue of $194.9 million growing at a CAGR of 9.88% between 2015 and 2020. Massive global urbanization, especially among developing countries across Europe and Asia-Pacific, is driving growth opportunities for single-use pumps.

The rise in demand for high-purity production formats (a trend that is further fuelled by the introduction of several product quality and consumer safety standards and regulations) is resulting in increased investments in single-use technology in key end-user industries such as pharmaceuticals, biopharmaceuticals, and food & beverages.

Despite the use of several pumping technologies in the development of ultra-pure sensitive liquids and drugs for over a couple of decades now, all have failed to meet the safety and quality requirements costing companies billions of dollars. One of the biggest growth drivers of single-use pump technology and single-use pumps is the fact that end-user industries, especially biopharma, are adopting and incorporating disposable pumps into their production formats three times as fast as these were a decade ago. From a geographic standpoint, growth of this market is expected to be fuelled primarily by plant and production expansions across Europe and North America.
Factors such as high stringent quality regulations and the need to maintain smart and “green” manufacturing units are expected to drive the need for single-use technology and ultimately result in the growth of the single-use pumps industry itself.

Single-use  pumps are largely being adopted in the biopharma industry more than in core pharmaceuticals sector, as the need for processing equipment that is optimized for biologic processes is more in the biopharma segment than in the latter. Single-use pumps play a major role in conditions where target proteins need to be analyzed and where multiple variations are developed. The primary reason for the growing adoption of single-use equipment, and single-use pumps in particular, is that they allow multiple trials while developing drugs without the need for excessive time spent in cleaning and authentication of the drug thus developed. When a factory is built using single-use technology, it allows for faster execution of subsequent runs of trials wherein, if a particular protein run is not accurate, the process can be re-run quickly by disposing off the entire line and replacing it with a whole new line of single-use pumps set.

The replaceable wetted parts in single-use pumps along with their disposable chambers help quicken the authentication process of new drug developments. These features in a pump act as a major advantage for drug manufacturers, as these allow maximization of production operations and reduce costs immensely.

Factors such as aging population, a significant rise in people migrating to urban areas, and changes in spending patterns of people are expected to have a direct bearing on healthcare and food & beverage infrastructures and are expected to heavily impact investments and production formats of key industries including agriculture and biopharmaceuticals. Changes in age-related healthcare and disease patterns are also altering current treatment prototypes and are resulting in the emergence of radically new concepts including cell therapy provenge and gene therapies that specialize in regenerative medicines and disease diminution. These factors coupled with improving healthcare standards and rising investments in biologics by major biopharmaceuticals companies (even in emerging economies) are providing immense opportunities of growth for the single-user equipment market and single-user pumps in particular.