The western world is still struggling to respond to the reality that Russia chose to invade Ukraine yet again, but this time with a perceived aim of bringing the entire country under its control.  Things have not gone as expected for the Russian military, however, and it is clear that total victory is now impossible on two factors: advanced weapons, fighters, and supplies continue to come over the country's western borders; and the tenacity of the Ukrainian people as they fight in defence of their nation, and democracy itself. 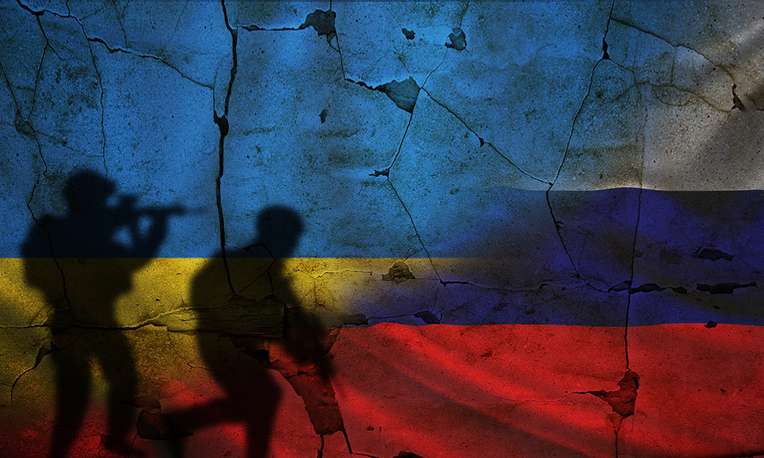 As the debate on possible outcomes goes on, from the neutralisation of Ukraine to the Russification on the Donbas region, to a Ukrainian victory in part or whole, one thing is clear, and that is the western world is back in a Cold War; global collaboration on trade or ‘globalisation’ is severely damaged, and traditional ‘deterrents’ to aggressive states have failed.

Straight after the COVID pandemic which still rages in some countries, the potential division of global societies across autocratic vs democratic lines, looks to potentially fundamentally change the world economy, and disrupt traditional economic routes to recovery, and growth. Disrupt does not mean total loss, of course, in any economic reset there will be winners and losers; the challenge being not finding yourself in the latter category.

It is not just the immediate need to boost defence spending to fill conventional warfighting capability gaps, but also wider economic threats from energy supply, to the availability of food, and essential electronic components.

Future briefings such as this will cover these other markets, most of which have Frost & Sullivan practices providing advice on adapting for the future.  Here and now, I would like to share my thoughts on the immediate impacts to defence markets.

By substantially increasing planned defence spending, nations such as Germany are making a statement of intent to Russia, and to their Allies in NATO that they will (finally) meet their commitment to a common defence strategy.  It is unlikely, however, that Europe will build its own capability, something that has been tried and failed for decades and, instead, the importance of NATO will dominate collective thinking and investment.  This will also apply to NATO Partner nations in the Asia Pacific as the threat from China remains, and may well increase.

Money is therefore on the table for means to fight conventional land and littoral warfare in Eastern Europe, The Baltics, Scandinavia, and the Arctic. Long moribund and much diminished the capability and capacity of defence Original Equipment Manufacturers (OEM) to ramp up to meet demand will take over a year, at the very least, and so the immediate procurements will focus on retro-fitting systems onto to current platforms in an attempt to modernise against new threats such as Drones; and stockpiling consumables including ammunition, anti-tank, and anti-aircraft missiles. It is predicted that the top-selling items will be:

Acquisition will be in two phases:

The Frost & Sullivan portal has several recent reports and supplier Frost Radar™ benchmark evaluations covering these systems, such as LMAMS, and reading them is recommended. While some pre-date the war, they did predict the risk of Russian aggression influencing the modernisation push.

As already indicated, the ability for traditional equipment suppliers to suddenly go to mass production is impossible.  Governments and manufacturers will need to review every current contract in the light of an inevitable re-prioritisation both by customers, and suppliers; especially where Governments have ownership or strong influence on OEM policy.  It can be expected that the development of the domestic Aerospace & Defence industry will get a major boost; which could threaten international exporters.

The same situation offers the opportunity to new suppliers of military or dual-use equipment, as was the case in Afghanistan where off-the-shelf systems boomed in response to the ethos of getting something to save lives or deter an adversary now; over negotiating for perfection.  Expect countries such as Singapore, South Korea, and Turkey to be seen in a brighter light for being able to deliver new military capability against short demand cycles.

The war in Ukraine has had some surprises for military analysts, and some of the reasons lie in soft capabilities such as training, maintenance of morale, and adopting new tactics. It can be expected that many nations will be re-visiting their defence modernisation investment plans.

Finally, Frost & Sullivan is considering not just the defence market implications, but that in energy, transportation, manufacturing, and communication where, for example, we have seen the militarisation and perhaps weaponization of Elon Musk’s Starlink LEO communication solution.