Tesla’s Dojo Supercomputer: A Game-Changer in the Quest for Fully Autonomous Vehicles

Touted to be the world’s most powerful AI training platform, Dojo promises to accelerate the maverick automaker’s push towards self-driving vehicles. 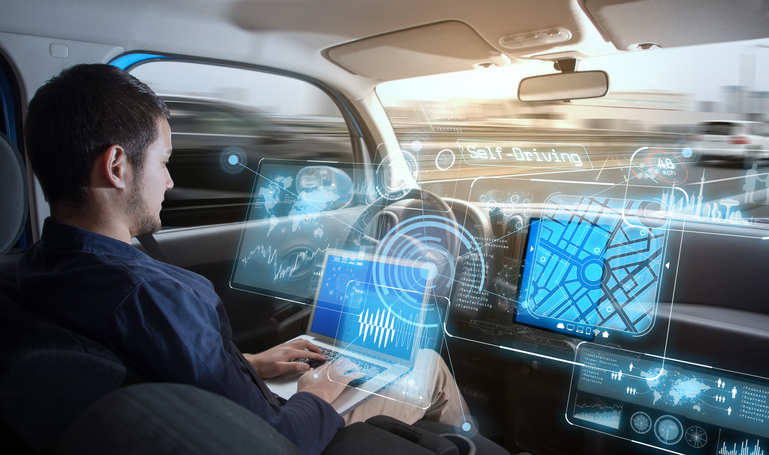 Dojo – a space for immersive learning – is no longer a term associated only with martial arts. It has been appropriated by other disciplines, including software. Fittingly therefore, Tesla’s new supercomputer named Dojo is touted to be the world’s most powerful AI training platform and promises to be a game-changer in the high-stakes autonomous vehicle race.  Unveiled at Tesla’s AI day event in August last year, the company is set to share more about the progress made over the course of the past 12 months at this year’s AI day event scheduled for September 30.

To learn more about Frost & Sullivan’s reports on recent developments in the autonomous vehicle space or for a private briefing, please contact: sathyanarayanak@frost.com

For automotive companies, fully autonomous vehicles are a holy grail. While initial projections saw driverless cars plying on roads by 2025, target dates have been pushed beyond 2035 to reflect the incredible complexity of real-world environments and the challenges these present to achieving truly autonomous, driverless vehicles.

In pursuit of fully self-driving vehicles, automakers have generally taken a catch-all approach – using radars, lidars, and cameras – based on sensor fusion. Tesla (no surprise here) has been an exception.  It is possibly the sole automaker today which has determined that it will use only cameras and video data to develop its driver assistance and self-driving features.

However, what is clear for both camps is that increasingly connected vehicles will make it critical to move from GPUs to supercomputers in order to more efficiently process the massive volumes of vehicle generated data.

Consequently, Dojo has been conceived as a supercomputer that will rapidly and efficiently process millions of TB of video data captured in real-time from Tesla’s fleet. The aim is to use this Big Data to constantly train its AI neural networks and machine learning algorithms which, in turn, will be used to continuously improve Tesla’s autonomous driving features.  To do this, the Dojo AI supercomputer uses highly sophisticated, compact “training tiles” each of which comprise 25 D1 AI accelerator processors that purportedly perform nine petaflops per second and are projected, eventually, to create new benchmarks in supercomputer processing speeds, bandwidth, and compute performance capabilities.

Dojo is a game-changer because it has been developed completely in-house, from the ground-up. Its target is to help Tesla accelerate the AI training needed for its vehicles to move closer to fully autonomous driving status. Such in-house initiatives contrast with competing OEMs who rely on multiple Tier 1s to meet their varied needs in their autonomous journey.

The supercomputer is an extension of Tesla’s E/E vehicle architecture which has also been built from scratch.  Tech giants like Google, with its Tensor Processing Unit, are adopting a similar approach to developing custom AI chips. Such custom AI chips offer better-optimized performance per watt for machine learning. Apple is also expected to go this way.

Earlier, Tesla used to source processors from Nvidia for its vehicles but decided to switch to developing homegrown, customized processors, spurred by the rationale that Nvidia’s is more expensive and offers significantly lower performance when compared to Tesla’s custom unit which is focused on achieving full self-driving vehicles via cameras and visual data.  In essence, therefore, by being purpose built, Dojo is likely to be far more effective in training AI neural networks and deep learning models required to push Tesla towards fully automated vehicles. At the same time, it is expected to improve safety for Autopilot and fully self-driving programs.

Tesla has been using cameras to read road surface conditions and offer superior comfort to its passengers. Moreover, camera sensors are poised to support other features that will improve the in-vehicle experience. Tesla’s fleet of close to three million vehicles is anticipated to cover more than 100 million miles by the end of the year which means that the volume of data captured by vehicles will grow exponentially as will the amount of compute required to process this data.  From all these perspectives, Dojo will be a critical asset.

Furthermore, with Dojo, Tesla underlines the advantages of its unique vertical integration strategy where it exerts control over key aspects of the value chain from manufacturing to sales, hardware to software, products to services, and, yes, even superchargers to supercomputers.

The Dojo supercomputing platform will build Tesla’s momentum toward fully self-driving vehicles and could also support enhanced capabilities in the company’s AI powered humanoid robot, Optimus.  We could be in for more surprises once September 30 rolls along.