The IRA will be in effect from January 2023 to December 2032, with the goal of improving energy security, reducing emissions by 40% below 2005 levels, reducing the national deficit, lowering household medication costs, and lowering inflation. 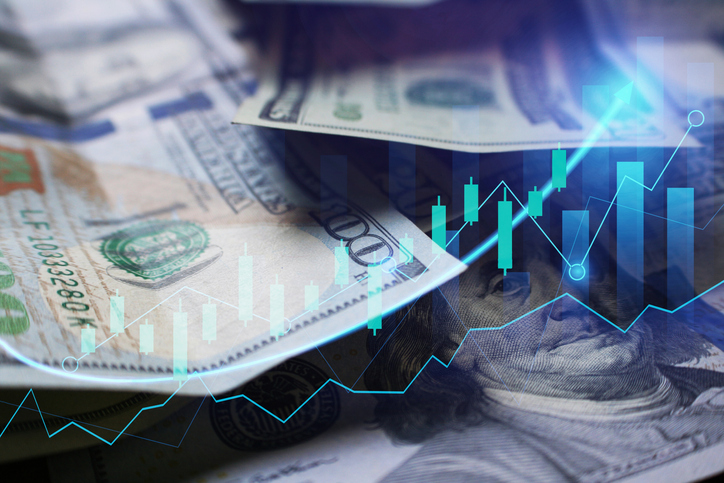 The Inflation Reduction Act (IRA) was signed into law by US President Joe Biden on August 16th. This bill is a derivative of Biden’s “Build Back Better Act,” which was originally his administration’s initiative to implement what he considers much-needed climate action and a stumbling block in his confrontation with some other democrats.

The IRA will be in effect from January 2023 to December 2032, with the goal of improving energy security, reducing emissions by 40% below 2005 levels, reducing the national deficit, lowering household medication costs, and lowering inflation.

Chemical companies and construction materials suppliers are looking for opportunities to promote their products as a solution to the Act’s aims to reduce emissions.

Everything monetary in the bill is divided into two categories: investments (where the money will be spent) and revenues (where the money will come from). The deficit should be reduced because the bill should collect more money than it will invest. However, the Act’s impact on inflation is largely debatable these days, depending on who you ask.

During the Act’s term, initial modeling predicts a total investment of $437 billion: $369 billion for energy security, green technology, retrofitting, and other climate change-related initiatives, $4 billion to improve drought adaptation in the Western United States, and $64 billion to reduce healthcare costs for consumers. The revenue side of the coin totals $737 billion: $222 billion will come from a minimum 15% tax on profits from companies making more than $1 billion per year, $124 billion from tax collection enforcement, $265 billion from the negotiation of specific high-priced single-source drugs, $74 billion from a 1% tax on companies that buy back their own stock, and finally, $52 billion from a two-year extension of section 461(I)—excess business loss limitations—to noncorporate taxpayers. The difference between investments and revenues is the already mentioned deficit reduction, which is expected to be about $300 billion.

From the climate action standpoint, the IRA intends to deal with several topics simultaneously: reduce energy costs and emissions by enlarging the renewables generation share (and decreasing reliance on gas), increase visibility and control over the energy supply chain by promoting local manufacturing (while creating new local jobs), improve households’ thermal and electrical performance, and last but not least, take markets from China, which dominates a large part of the renewable energies supply chains.

The bill relies on oriented variable-over-time grants, tax credits, and rebates to achieve these lofty goals. Consumers should be incentivized to buy specific EV cars, heat pumps, water heaters, batteries, and solar panels to improve thermal efficiency in buildings. Manufacturers and investors, on the other hand, should be encouraged to develop products and materials with a more sustainable environmental and social impact, not just within these technologies but also in the biogas, nuclear, geothermal, and wind energy spaces.

Some additional guidelines are also intended to drive adoption and production. For example, eligibility for incentives will be determined by whether EVs were assembled in North America and whether materials used in the batteries of those EVs were extracted in the United States or other free-trade member countries. Manufacturers are also encouraged to use local suppliers and pay certain wages, and investors are encouraged to build renewable energy facilities in specific communities, among other measures.

From the standpoint of the chemical industry, the IRA opens a whole new set of opportunities, particularly for companies based in the United States, Mexico, Canada, or any of the other countries with which the United States has signed free-trade agreements. Along with costs, availability, regulation, standards, and supply chain arrangement, the country of origin will give the materials in these cleaner technologies a higher potential to be eligible for the IRA’s incentives.

As previously stated, the Act encourages the use of electric vehicles, which will increase demand for raw materials such as manganese, nickel, lithium, cobalt, and graphite, as well as electrical insulative coatings for cables, batteries, motors, coolants, fire retardants, thermal management and insulation materials, and metals for magnets. Heat pumps and electrical HVAC, which are also expected to grow, require refrigerants (R-400 and R-600 series, R-134a, R-32). Materials used in solar panels (whose supply chain is largely dominated by Chinese companies) include glass, anti-reflective coatings, silver, copper, aluminum for electrical contacts, dopants (phosphorus, boron), EVA (ethylene vinyl acetate), silicone, and polyolefins. Composite resins are a crucial component of wind turbines. They also rely heavily . Hydrogen necessitates the use of iridium, platinum, and titanium in its electrolyzers. Finally, improvements in household thermal and electrical efficiency necessitate the addition of thermal insulation, efficient windows, sealants to improve airtightness, wiring, and the complete replacement of old, inefficient appliances.

Some official figures can help illustrate the scope of this initiative: the White House expects to install 950 million new solar panels, 120,000 wind turbines, and 2,300 grid-scale battery plants by 2030. It remains to be seen whether this massive infrastructure marathon can overcome the critical geopolitical and technical challenges that lie ahead.