The Rise of Sheconomy: Women’s Increasing Impact on Business, Culture, and Healthcare 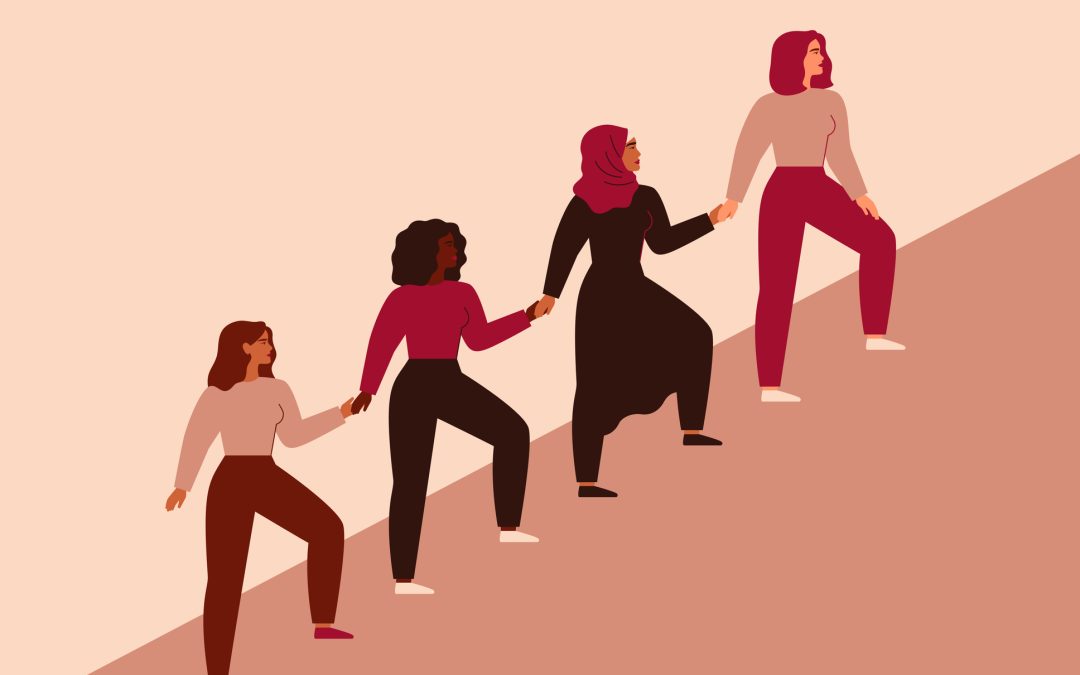 The Sheconomy impacts almost every economic sector because a more significant proportion of highly educated women are joining the global workforce every year. With the increase in spending power, women are propelling economic activity from both ends—accelerating the firm’s growth as a workforce and featuring as promising retail consumers. However, this female-powered economy is more than a mega-trend for leveraging the economy. It is a massive force that addresses the inequalities women have faced at home, in society, and at their workplaces for generations.

To shed light on Sheconomy from both aspects—women as a market and women as individuals—Subarna Poudel caught up with Reenita Das, Partner, Senior Vice President, Healthcare and Life Sciences, and Sheconomy expert at Frost & Sullivan.

Subarna Poudel: Sheconomy is more than a promising growth engine to drive the global economy. It’s also a force to address the gender gap, equality, and unconscious biases in a home, an organization, and the marketplace. In a broader sense enveloping economic and social aspects, how do you define Sheconomy?

Reenita Das: The word Sheconomy was first coined in 2007. It refers to a new economy driven by the increase in female consumers in industries like tourism, healthcare, food, beauty and wellness, culture, media, and entertainment. It came out of the rationale that as women achieve higher education, they enter the labor force at more advanced levels and participate more aggressively. This automatically leads to increased purchasing power, which has a Mega-Trend influence and transformation on business, economic society, and eventually the world.

SP: So, if we fast forward 15 years later to 2022, Sheconomy has come front and center in our global society, and it’s creating growth opportunities that will help businesses, countries, and nations grow much faster than ever before. What has created this acceleration towards the Sheconomy?

RD: Firstly, many more educated women today have bachelor’s degrees than ever before. 2019 was a turning point in gender parity in the United States regarding women earning undergrad degrees. For the last 20 years, college enrollment rates for female students have outnumbered males.

Secondly, there has been a tremendous shift in women making different choices about their lives. The number of single women is growing much faster than the rate of population increase. For example, in the study my team conducted, I found that 45% of buying-age working women between the ages of 25 and 44 will be single by 2030, quite a significant amount. So, why now?

These days, women delay marriages, choose to stay single, or get a divorce later in life. Women are also delaying childbirth and choosing to have fewer children. The average age of marriage was 25 years in 2000. By 2020, it went up to 28 years. Per my estimations based on the research we’ve done—by 2035, it will go up to 35 years. Because women are earning more money today, they are the primary health care consumers. They are also the most prominent car buyers, home buyers, and consumer product purchasers. Gen Z women, born after 1997, are setting new standards and new trends, leading the way as key influencers in social media in areas such as body image, makeup, sport, home, work, and careers.

RD: Women make 80% of healthcare decisions in their homes, primarily for their children and elderly family members. Unsurprisingly, single women spend much more money than married women on personal expenses. China is an illustrative example of this, where women’s spending has increased by 81%, primarily driven by online retail sales. Since 2010, women have increased their presence in government, private sector, and senior leadership positions. Compared to the US and Europe, the most significant gain has been in Asian countries like China, India, Singapore, and even the Middle East.

Firms that focus more on gender equity outperform their peers at every level. There have been many, many studies documenting that women drive a 35% higher return on business investment compared to men. Forbes recently ran an article that shows that women who run tech companies provide a 35% higher RoI and 12% increase in revenue compared to men. This means that women can create more earnings. They can use these earnings to create a better world, a more robust world where their families, communities, and people can thrive.

Women’s empowerment has enormous implications on food, security, and household welfare. Multiple studies have shown that women are more likely to spend their money on food, healthcare, and education for their families than men do. A woman’s social and economic status is considered one of the best indicators of whether her children will complete education and enjoy healthy poverty-free adulthood. Promoting gender equality and empowering women will automatically reduce hunger and extreme poverty.

Looking towards 2050, closing the gender gap will significantly benefit by increasing agricultural productivity, reducing poverty and hunger, and promoting economic growth. Hence, I believe that we have made some transformational changes, which will continue to happen as we hope to move the world to ‘SHE’ domination over the next 30 years.

SP: The COVID-19 pandemic was hard for working women, especially working mothers, because of the closure of childcare facilities. Though COVID-19 also impacted working fathers, several studies revealed that working mothers reduced their working hours or quit their jobs in response to the childcare crisis. What will be the short- to medium-term impact on the growth of the Sheconomy?

RD: COVID has had a significant impact as it was a significant setback on all women equally across the world in many different ways. Everything changed for women overnight, irrespective of where they lived and to which socio-economic class they belonged. We lost our support systems and access to childcare. We had the burden of children and caregiving for our parents and the elderly. We make up the most significant percentage of low-paying jobs in the service industry, hospitality, retail, and airlines. In one year, just in the US alone, 2.4 million women left the labor force compared to 1.8 million men. There were heavier tolls, especially on Black, Asian, and Hispanic women.

The result of one study we recently conducted across 2,500 women during COVID was alarming. One in four women worldwide suffered from some form of sexual or emotional abuse, and 70% of the sample of women reported suffering from some level of anxiety and depression with very little support structure. Additionally, there was a large number of unplanned pregnancies and maternal mortality in emerging markets because of a lack of access to proper birth control. In a crisis, family planning is the first thing that gets lost in terms of primary care services. There were 25 million unsafe abortions in these regions.

Although COVID has taken a major toll on women, I feel that what the pandemic has done for us is that it’s empowered the Sheconomy more than ever. The pandemic has been a great equalizer for all. It’s hit everyone in the same way. The silver lining is that women are coming out of the woodworks, saying, ‘we’re going to survive this, we’re going to contribute, we want a seat at the table, and we’re not going to ask for it.’

Women are committed to rebuilding our economy, and we’re seeing a tremendous momentum force worldwide that is beckoning women in all avenues globally.

To learn more about the rise of sheconomy and coordinate a Growth Pipeline DialogTM with Frost & Sullivan Growth Coaches and Growth Experts to bring great value to your economic development strategy, please click here.

For six decades, Frost & Sullivan has been world-renowned for its role in helping investors, corporate leaders, and governments navigate economic changes and identify disruptive technologies, Mega Trends, new business models, and companies to action, resulting in a continuous flow of growth opportunities to drive future success. Contact us