What are the Military UAVs Market Opportunities in Eastern Europe?

The total Eastern Europe market is estimated at USD 300 million with a CAGR of 15% for the next 5 years. 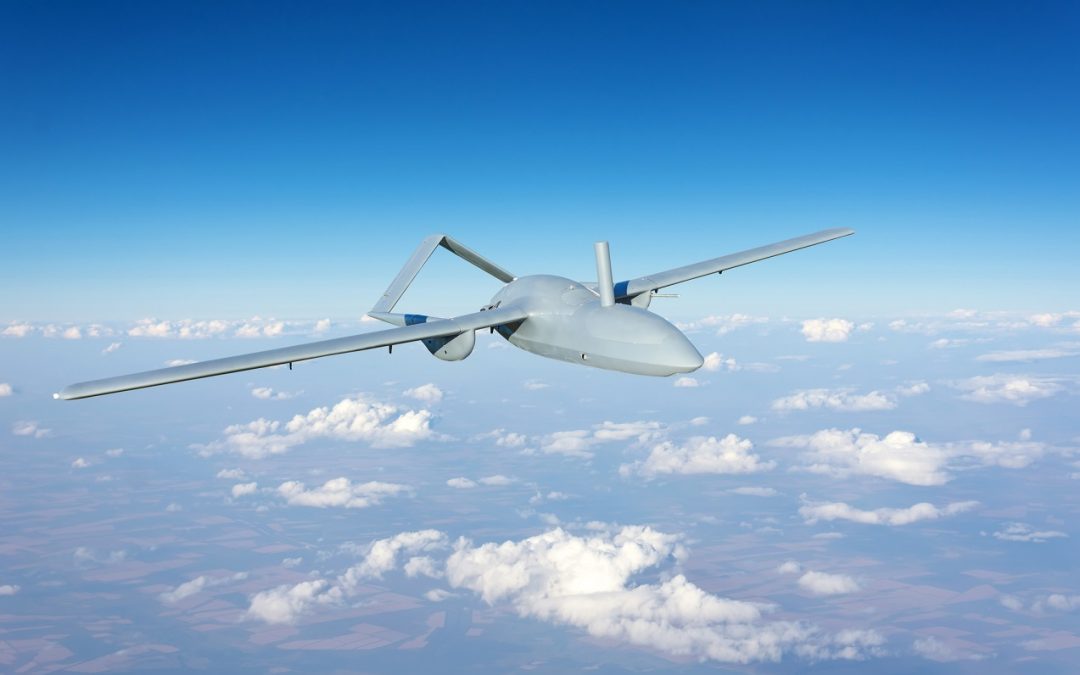 Increased geopolitical uncertainty and threat scenario has resulted in nations spending more on their defence preparedness. SIPRI has reported defence spending at USD 1.98 billion in 2020 which is 2.6% above that of 2019. The increase has come even though there has been a significant slowdown of the global economy in addition to trillions of dollars being pumped for fiscal stimulus and healthcare measures.

The trend bodes well for the defence industry, and especially UAVs as the customers look to acquire low-cost operational capability against the increased internal and external threats. The low-cost life cycle of UAVs coupled with an increase in operational capability due to technological advances in Intelligence, Surveillance, Reconnaissance (ISR), Artificial Intelligence (AI) and Machine Learning ( ML) will increase the adoption of UAVs in the next decade. In East Europe [1], the trend is even more significant with increasing allocation to military UAVs.

Frost & Sullivan has a well-defined framework for identifying regions that have the market potential for the adoption of a particular military solution. While the framework is applicable for all weapon systems and regions, this paper explains the military UAV market opportunity in Eastern Europe based on the identified factors.

The framework is based on a weighted average of :

Let us consider the factors one by one taking examples of military UAVs in Eastern Europe:

The Eastern European countries are a mix of mature and upcoming markets for the adoption of military UAVs. Major growth drivers are the need for UAV solution based on the threat landscape, low overall defence budget which precludes the acquisition of costlier assets and yet an increasing willingness to spend on defence as observed by the rise in outlay.  The heat map of the opportunity matrix for a few highlighted countries is as below: 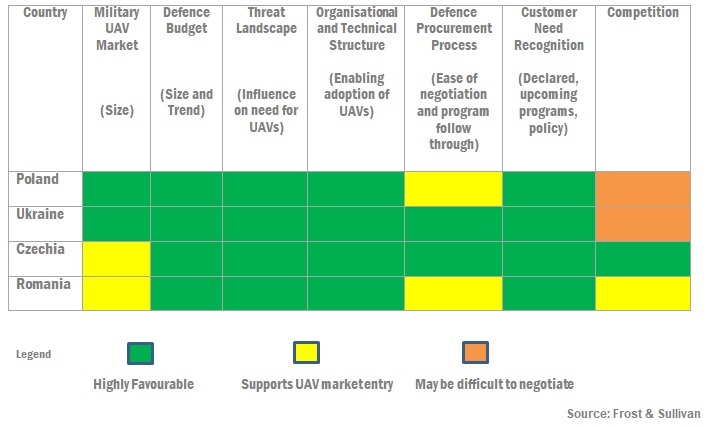 The total East Europe market is estimated at USD 300 million with a CAGR of  15% for the next 5 years. Poland, Ukraine, Czechia, Romania, Hungary, Azerbaijan, Armenia and Georgia are the top markets followed closely by the rest of the region.

[1] Eastern Europe has as many definitions as the number of political thinkers. For the purpose of this analysis, a total of 22 countries with a common thread of being controlled by Soviet-led communist regimes before 1991. The analysed countries are Albania, Bosnia, Herzegovina, Bulgaria, Croatia, CzechRepublic, Estonia, Hungary, Latvia, Lithuania, Montenegro, North Macedonia, Poland, Romania, Serbia, Slovakia, Slovenia, Armenia, Azerbaijan, Belarus, Georgia, Moldova, and Ukraine.