By Jessy Cavazos, Industry Director The past few years have been challenging for the test and measurement (T&M) market. Despite positive trends regarding radio frequency (RF) proliferation, the slowdown in wireless communications standards put the kibosh on revenue growth. However, the premices of a new phase have been slowly mounting and are starting to drive […] 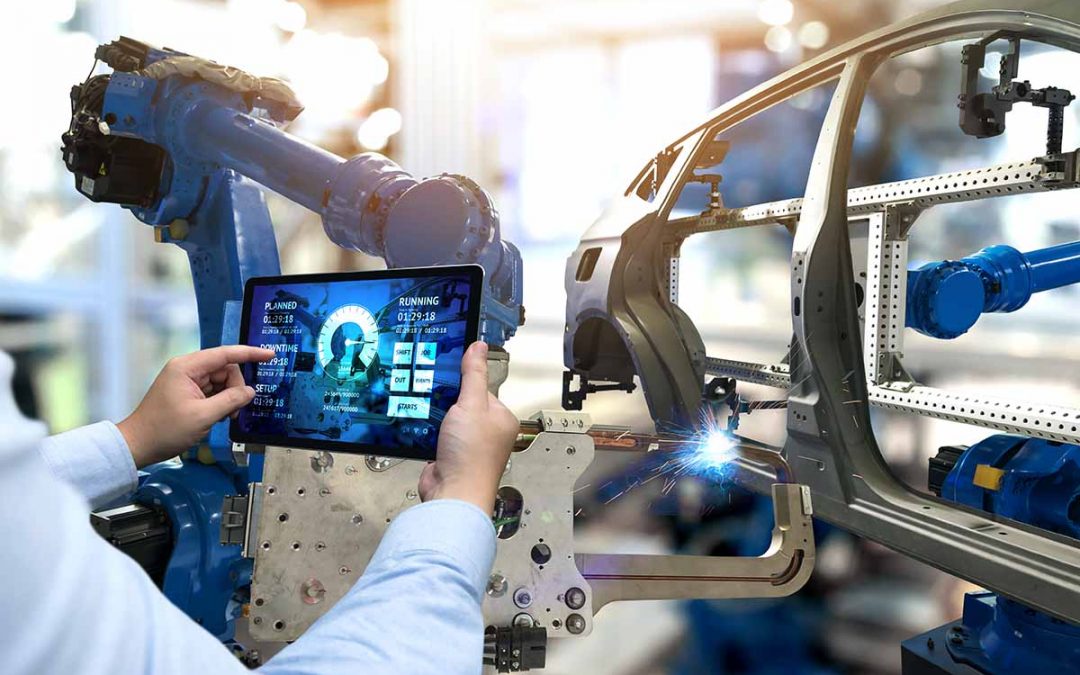 The past few years have been challenging for the test and measurement (T&M) market. Despite positive trends regarding radio frequency (RF) proliferation, the slowdown in wireless communications standards put the kibosh on revenue growth. However, the premices of a new phase have been slowly mounting and are starting to drive up the performance of the top companies operating in that space.  Leaders are also experiencing growth from the automotive industry as a result of activities around the connected car and autonomous driving. Here is a quick look at the top 5.

Likely to reach $3.2 billion in 2017, Keysight has put in place a growth strategy over the past years leveraging both organic means and strategic acquisitions. Most notable acquisitions were that of Anite Telecoms in 2015 and Ixia in 2017, aimed at bolstering the company’s software profile. Over half of Keysight’s revenue comes from its Communications Solutions group, which serves the needs of commercial communications and aerospace and defense (A&D) customers. The commercial communications part of the business has been challenged over the past few years by a subdued wireless manufacturing test market. Looking to decrease its dependence on this cyclical and price-competitive market segment and capitalize on 5G, Keysight increased its focus on research and development (R&D) applications. As a result, the performance of this part of the business was relatively stable compared to 2016. However, delays in U.S. budget approvals at the beginning of 2017 translate into a lower performance for the Aerospace Defense Government (ADG) group. A key strategy for the company over the past few years has been to grow its services group that provides calibration and repair services and sells used test equipment. The calibration and repair services market is a large and fragmented one, providing opportunity for growth to Keysight. With an ambitious goal of increasing revenue from $400 million in 2015 to $600 million in 2020, the company has made progress. However, it will need to accelerate growth over the next few years to achieve its objective.

After a fresh start in 2016 as an independent company, the T&M group of this industrial-refocused company is expected to deliver mid-single digit growth in 2017 and reach $2.9 billion. The pillars of its T&M business, which are the Product Realization and Field Solutions groups under its Advanced Instrumentation and Solutions business, mainly represent Tektronix and Fluke, with Tektronix being a leader in traditional T&M instruments especially in the time domain and calibration and repair services, and Fluke being the leader in portable electrical T&M equipment. Over the past 3 years, Fluke has fueled its growth by tapping into Internet of things (IoT)-related opportunities starting with the introduction of Fluke Connect in May 2014. On one hand, connected and intermodal tools that address the demographic change in customers to users with greater online expectations and the ever-increasing need for higher efficiency and greater user protection are Fluke’s top priority to address. On the other hand, Tektronix is witnessing growth in oscilloscopes this year with new product introductions especially that of the 5 Series, which is a 12-bit instrument featuring up to 8 analog channels and 64 digital channels. With a strong focus on innovation, the company has performed well in 2017 and benefited from growing demand from semiconductors, consumer electronics, and aerospace and defense customers as well as the data center build out. Tektronix has a strong position in the ecosystem around oscilloscopes. The company has also taken steps to capture opportunities from IoT with an expanded line of USB-based RF instruments. Frost & Sullivan research indicates a sizeable opportunity from IoT devices for highly cost-effective instruments over the next 5 to 7 years with an inflow of such devices from R&D to manufacturing that Tektronix is likely to benefit from.

A private company headquartered in Germany, Rohde & Schwarz is a global leader in the T&M industry; with a strong market position in radio frequency (RF) and microwave (MW) test equipment, although it has expanded into the time domain since 2010. Rohde & Schwarz is expected to reach $2.2 billion in 2017, with a performance impacted by low demand in wireless manufacturing test balanced out by stronger demand for 5G research activities and growing demand from the automotive industry, especially around driverless cars. Despite market pressure, Rohde & Schwarz has not yet moved into the open modular instrumentation market based on standards such as PCI extension for instrumentation (PXI) and advancedTCA extensions for instrumentation (AXIe), but remains a force to be reckoned with in the industry. 5G and other technologies are driving products to be increasingly multi-channel in nature, which aligns best with modular instrumentation. A modular platform is thus critical for future success in the industry. While key competitors such as Keysight Technologies and National Instruments are aggressively pushing instrumentation based on open standards, Rohde & Schwarz’ platform does feature a proprietary modular architecture enabling flexible solutions and the market appreciates the company’s strong technical expertise. The introduction of R&S FSW signal analyzer with 1.2 GHz of internal bandwidth at Mobile World Congress in Barcelona in February 2017 is testament to the superior technological capabilities of the company and product performance is king in terms of competitive factors in the T&M market.

With its roots in the semiconductor automatic test equipment market (ATE), Teradyne has expanded over the past few years in the value chain of its target market to fuel its growth. The company is likely to generate $1.9 billion in 2017, registering 2 years of growth consecutively, which is unusual as the semicon ATE market has historically been highly cyclical hitting lows in odd years and highs in even years. Key drivers for the company have been the wireless communications and automotive industries. Despite slower growth in the smartphones market, growing complexity of smartphones is fueling growth for Teradyne as well as demand from automotive customers working on hybrid and electric vehicles and advanced driver assistance system (ADAS) systems. However, Teradyne’s Wireless Test business, LitePoint, has been impacted by the lower manufacturing test market and delays in the ramp-up to manufacturing for Wi-Fi standard 802.11ax. Frost & Sullivan expects LitePoint to post positive growth in 2017 for the first time since 2012. Manufacturing activities around Wi-Fi standards such as 802.11ax will have a positive impact on LitePoint, which derives the great majority of its revenue from the Wi-Fi industry. The company is also likely to benefit from the inflow of IoT devices to manufacturing over the next 5 to 7 years.

With close to $1.3 billion in 2017, National Instruments has increased its presence in the T&M industry tremendously since 2012. In the span of 10 years, the company has almost doubled its total revenue as a company from $740 million in 2007. National Instruments’ market share in the T&M industry is the result of its leadership in PXI instrumentation, programming software, and data acquisition (DAQ) equipment. The company has ignited the transition from traditional instruments to modular instrumentation and maximized the opportunity with the introduction of innovative solutions such as the vector signal transceiver (VST). While the transition from traditional to modular instrumentation is well under way in the general electronics market for automated applications, the company is now working to extend it into semiconductor ATE with the semiconductor test system (STS) system and R&D with heavy involvement with industry leaders on 5G. For programming software, 2017 marked the start of a new era with the introduction of LabVIEW NXG, which uses new technologies the original LabVIEW could not capitalize on. Introduced over 30 years ago, LabVIEW provides a wealth of capabilities that cannot be transferred to LabVIEW NXG overnight though. Moreover, National Instruments wants to support customers over the long term. Thus, both versions will co-exist while LabVIEW NXG’s capabilities grow over time. Version 2.0, which targets more complex systems is due out before the end of 2017 and was demonstrated at NIWeek in May 2017.

The next update to LabVIEW NXG, which introduces key functionality for engineers developing and deploying automated test and measurement systems is due out in early 2018 and was demonstrated at NIWeek in May 2017.