The year 2020 will probably be written and rewritten in history as “one of a kind.” With countries all over the world having to undergo a lockdown due to the COVID-19 pandemic, manufacturers have been forced to rethink and question age-old norms and practices of doing business. 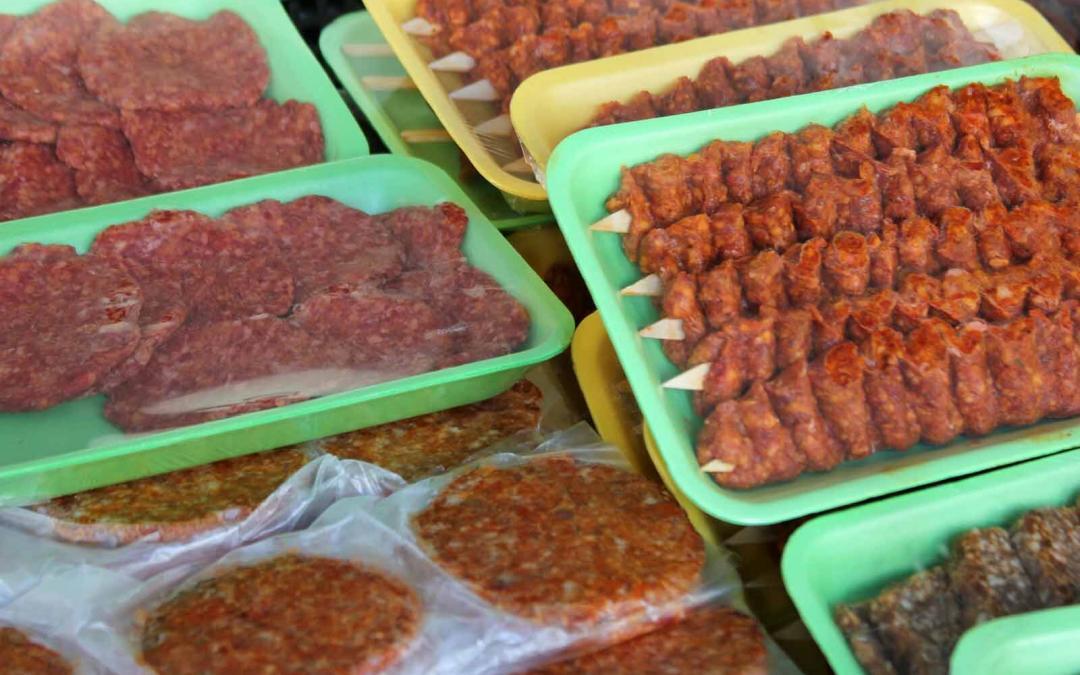 The year 2020 will probably be written and rewritten in history as “one of a kind.” With countries all over the world having to undergo a lockdown due to the COVID-19 pandemic, manufacturers have been forced to rethink and question age-old norms and practices of doing business. They are undergoing a “creative destruction” of the old order to arrive at a new normal. The GCC has been no different, with various industries facing challenges to arrive at a new equilibrium.

The F&B industry, which is considered an essential service, had to undergo initial disruptions as a lot of companies were dependent on China and Brazil for the procurement of various raw materials. However, during the past two to three months, these disruptions have been corrected as end-use customers have also learned to embrace and adapt to the changing global dynamics.

Despite a global lockdown, no major disruptions in the supply chain of critical raw materials such as meat, ingredients (spices, herbs and seasonings) and packaging material were felt within the GCC. These materials have a delivery lead time of 60–70 days, which includes two months of customs clearances. A few processed meat manufacturers, which sourced individually quick-freeze (IQF) vegetables from various countries such as India, have experienced delays in supply due to the global lockdown. Under such circumstances, they have had to rely on local vendors for a supply of fresh vegetables. This has compelled them to fine-tune their processed meat recipes so that there are no major deviations in the production costs, quality, taste profile and mouth feel of the final product.

Small processed meat manufacturers that supply to the HORECA segment have faced major challenges as their raw meat inventories piled up due to the shutdown of hotels and restaurants. This has been advantageous to the organized manufacturers that have procured raw meat and other related ingredients (such as cheese) from these small manufacturers at a lower price than what they have paid to any approved vendor. Given the current scenario, this would be a win-win situation for both the organized as well as unorganized suppliers.

In the initial months of the lockdown, major players such as Al Islami, Sadia, Al Watania, Almarai and others initially operated at a reduced manufacturing capacity, which included a limit in the workforce that was 40%-50% of the overall staff in the company. Expenses for safety equipment such as gloves, masks, sanitizers, and shower caps, which were already being incurred by companies as an operating expenditure (OPEX), may need higher allocation/budget shares, as companies consider their financial budgets for subsequent years.

The local and expatriate population in the GCC, which would go out for meals with families and friends at least once a week, were being compelled to stay at home, which further propelled demand for various food products (including processed meat) through retail channels. However, with some offices opening up, the catering segment may witness a minor resurgence, while restaurants and cafes will operate at partial capacity to accommodate social distancing norms.

With the KSA government closely monitoring the operations of essential F&B companies (including processed meat) amidst the lockdown, suppliers have ensured that the products reach the channel partners (dealers/distributors) on the scheduled day and time so that end-use customers have easy access to them. Producers distribute their products through two modes: directly to supermarkets such as Carrefour, Lulu, Danube and Otthaim, and to distributors that cater to the HORECA segment. However, with the onset of the pandemic, producers have focussed primarily on supermarkets. The initial months of the lockdown witnessed a situation of panic buying amongst consumers, where they stocked any processed meat items, irrespective of their flavours, types (breaded versus non-breaded), ingredients, etc. However, since June-July, with the ease of lockdown restrictions, purchase patterns have stabilised as processed meat companies revise their strategies to gain better market traction.

Meat suppliers, which traditionally focussed on the HORECA segment, have directed their HORECA portfolio towards the retail segment. For example, Americana have recently introduced their chicken strip brand ‘Twisterzzz’ in the retail segment, which was previously sold in bulk to QSRs. Given that it served as a popular appetizer amongst children, they have introduced smaller packs within the retail segment that can be picked off the shelf by consumers. Similarly, supermarkets such as Carrefour and Lulu, which traditionally did not give too much preference to online modes of distribution, have had to rework their operating model with regard to catering to their end users; they now provide home deliveries for orders over AED 200 or SAR 200.

Processed meat manufacturers have to plan their product rollouts, keeping in mind the trends in the retail segment as consumers have apprehensions about visiting restaurants and hotels to dine out. Given that the new normal of social distancing is expected to prevail at least through March 2021 or until a vaccine is developed, consumers are not likely to risk their own as well as their family’s well-being by dining out. Even though restaurants and café’s all over the GCC have opened, a lot of hygiene and sanitation checks have to be followed to adhere to social distancing norms. This would take away the “eatertainment appeal” that consumers enjoyed while dining out. Given that consumers have reservations about the origin of the cooked products available in restaurants, they prefer to buy ready-to-cook products (such as processed meats, biryani, handi chicken, etc.) and experiment with their own recipes, especially on non-breaded products (kebabs/sausages, mortadella, etc.), which can be modified to taste compared to the breaded products.

Processed meat items were an essential part of breakfast buffets offered by hotels. However, given the current scenario, buffets could be a thing of the past. Hotels need to explore having more “Grab-n-Go” counters with pre-packed food and drinks for guests to avail, particularly in boutique or three-star hotels. . For full-service hotels, technology could assist in tackling the challenges of doing away with buffets. Using a new app or integrating a feature on the hotel company’s existing mobile app would allow guests to pre-order their meals before physically arriving in a restaurant. This is likely to emerge as a new trend. Processed meat companies would accordingly have to speak with the chefs as well as procurement teams in various hotels to understand their offerings based on their production plans as well as product portfolios to cater to the hotel’s requirements.

In the long run, major processed meat manufacturers such as Al Kabeer, Americana, Al Islami, etc., are expected to overcome the disruptions caused by the pandemic by customizing their product offerings for both the retail as well as HORECA segment. Unorganized/small manufacturers may have to integrate their businesses in accordance with the big players to survive. In conclusion, the GCC processed meat industry has fared well in comparison to other industries in the region as “HORECA’s loss was Retail’s gain”. With the new measures and distributions channels in place, the industry is well on its V shaped recovery curve that has the potential to serve as a benchmark for global players.

This insight was featured in Food HQ

For more information or to schedule a dialogue with our analyst, please email Nimisha Iyer at nimisha.iyer@frost.com