5 Emerging Applications for the Blockchain

The blockchain is mostly known for its association with the much-hyped cryptocurrency Bitcoin, which uses this technology to enable irreversible and transparent transactions. However, this association is quickly evolving. A number of new applications are being developed, making use of the many advantages blockchain technology has to offer. The blockchain operates as a virtual ledger, […] 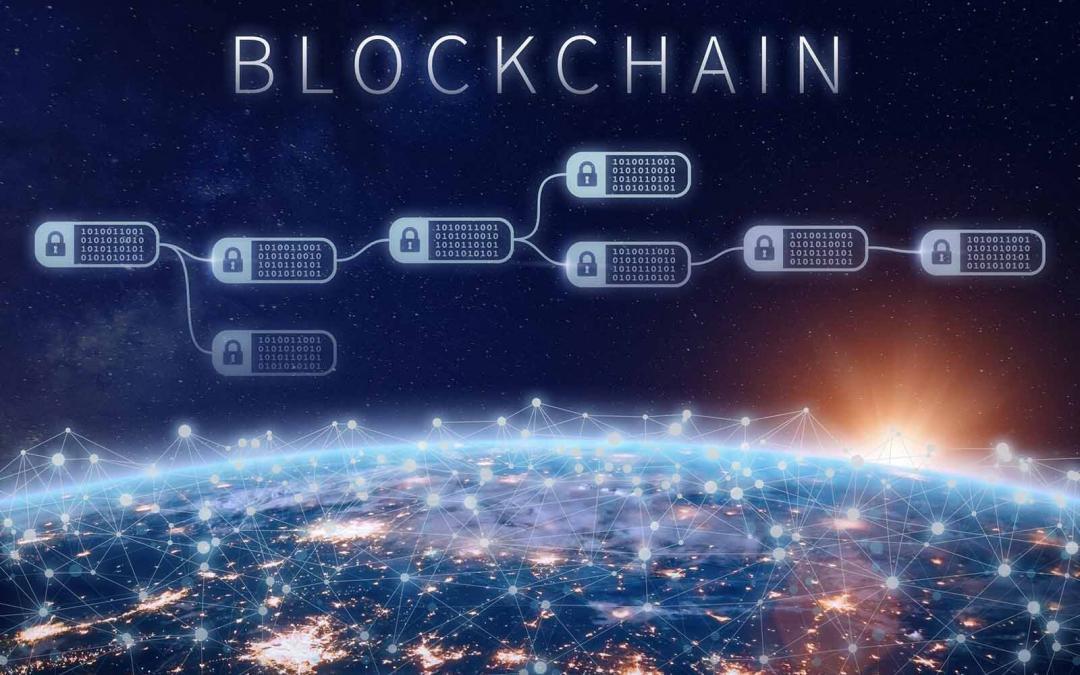 The blockchain is mostly known for its association with the much-hyped cryptocurrency Bitcoin, which uses this technology to enable irreversible and transparent transactions. However, this association is quickly evolving. A number of new applications are being developed, making use of the many advantages blockchain technology has to offer.

The blockchain operates as a virtual ledger, recording transactions (in the case of Bitcoin, currency exchanges between users) in a series of linked and timestamped batches, called blocks. Its key features include its decentralized nature, requiring consensus from multiple network nodes in a distributed database system before batch confirmation; its use of timestamps, greatly reducing the likelihood of rewriting transaction history; and its ability to resolve transaction conflicts. For example, with Bitcoin, the system will not allow a user to transfer the same currency to multiple recipients. In short, the blockchain makes fraudulent behavior nearly impossible—at least within the transaction ledger itself. And it is for this reason many industries are heavily investigating its future use.

While banking and financial services is driving blockchain technology uptake, industries as diverse as healthcare, manufacturing, and consumer electronics present some of the more interesting emerging applications. These future uses are explained below.

The blockchain is at the forefront of developing identity verification and access control technology, with startups such as Onenamepursuing a secure and open-source platform that consolidates a user’s social media identities. Using a decentralized database to verify identity, Onename’s blockchain ID will allow users to log into apps and Web sites without usernames and passwords. Doing so would address 2 critical issues with the current state of social media: It solves the dilemma of people using the same password for multiple logins, leaving all accounts vulnerable to easy infiltration; and it disarms the ability of companies such as Google and Facebook to track a user’s browsing history or gather personal data, which is usually exchanged for the convenience of social logins. Ultimately, the end goal is to make a user’s online identity more secure and his or her data more private.

In the short term, blockchain-based identity verifications will simplify online identity control. Long term, however, developers aim to take this technology offline, envisioning a future in which decentralized database systems disrupt centralized government identification cards. Passports, driver’s licenses, and even current modes of access to homes, offices, and cars (e.g., keys) would be replaced with blockchain-verified identities and technology.

The blockchain’s use of timestamps makes it an exciting technology for future intellectual property (IP) protection. Document verification service Proof of Existence already offers IP creators access to the Bitcoin blockchain by creating a cryptographic digest of a file: A hash is inserted in the Bitcoin transaction required as a service fee. Because blockchain certification is nearly impossible to reverse, adding a document hash to the blockchain virtually immortalizes the specific time and date a work is certified, publicly authenticating rightful property owners before any conflicts arise and without revealing a document’s actual content.

Patents, copyrighted works, and code all represent IP suitable for blockchain timestamping. However, blockchain technology is proving useful for digital media as well, with startups such as Ascribe giving digital artists a way to validate an artwork’s provenance and track pieces as they spread throughout the Internet. The only real barrier to blockchain timestamping for IP and artwork protection is the judicial system’s acceptance of this technology as legally binding. That said, with governments, including Japan’s, pursuing the legalization of Bitcoin, using blockchain evidence in a court of law is not too farfetched.

Ensuring privacy and immediate access to a patient’s medical records are critical for safeguarding and simplifying the total healthcare system. Unfortunately, these two necessities currently conflict, resulting in siloed and complicated systems burdened by duplicated efforts and subjected to frequent cyberattacks.  However, healthcare companies are investing in blockchain technology, hoping to give multiple parties the ability to create, access, and append a patient’s medical and billing records without sacrificing privacy or data integrity.  Philips Healthcare, which manufactures medical equipment and offers consulting and servicing support, is one such organization, having recently partnered with Tierion, a provider of blockchain-based cloud services.

One key feature of the blockchain that is particularly useful for healthcare is its ability to support rules-based data accessing. For instance, if data in a health record is hashed and cryptographically recorded in the blockchain, specific rules for accessing that data could be instituted. These rules could include a requirement for a certain number of approved people to grant access via multi-signatures before data is released. Another key feature is the ability to track the life of a record, potentially improving efficiency and—given the incredible difficulty in adulterating the blockchain ledger—reducing insurance claims fraud.

Smart contracts are capable of independently executing the terms of a contract. Using computer programming and the blockchain ledger, they can automatically impose real-world consequences when a contract is either fulfilled or breached. Although still in their infancy, smart contract applications might look something like the automatic activation of payment upon delivery of an item purchased online. Another example would be the automatic payment of bets made between two parties once the bet’s outcome is determined.

But their true future benefit lies in their ability to displace intermediary agents. For instance, Uber drivers rely on Uber to manage fees, providing a level of assurance to both driver and passenger that compensation will be obtained and safe arrival guaranteed. Smart contracts would essentially eliminate this intermediary function, as a payment would be triggered when the destination is reached. With a reduction in the number of counterparties needed to ensure that a contractual obligation is met, cost savings would be passed on to the consumer. Further, contractual agreements that currently require lawyers (e.g., wills) could begin to bypass legal intervention because ledger verification and automatic asset distribution would negate disputes. Smart contracts also could help those with compromised credit, lowering interest rates and opening up access to loans because they would provide an easy way to prevent defaults. A smart contract could simply deactivate a connected car or restrict access to a leased property when payments are skipped.

The Internet of Things

In simplistic terms, the Internet of Things (IoT) denotes an emerging network in which everyday objects communicate with each other through sensors and widespread Internet connectivity. Add to this network ever-greater computing power, and the result is a powerful system that interacts without human intervention. For example, a smart refrigerator could sense when items regularly stored in it require replenishment and push notifications to a smartphone, generate a real-time shopping list, or automatically order replenishments. Blockchain technology could play a large role in mediating the interrelationships among these objects, especially as a network’s complexity increases.

IBM and Samsung’s ADEPT concept, in particular, lays out the reasoning behind using blockchain technology to decentralize the IoT.  All connected objects could access the blockchain, sending data transactions among each other to both eliminate single points of failure (thus maintaining the network’s integrity) and optimize transactions. Consider the smart contract application: Objects connected in the blockchain could barter among themselves, schedule maintenance, and enable payments based on sets of if-then rules or parameters. In a connected home, this could take the form of dishwashers and clothes dryers negotiating when they will run to optimize energy use or refrigerators initiating payments when grocery orders are filled.

The Future of the Blockchain

Tapping into the blockchain’s potential has only just begun. As more and more organizations realize the power of blockchain technology, innovative applications will multiply and solutions to current barriers (regarding scale and multiple protocols) will arise. The only certainty is that the blockchain will impact more lives than those of Bitcoin users, and companies already experimenting with the full range of its use will have key advantages over those that are not.