Europe has set ambitious target to vehicle manufacturers for carbon dioxide (CO2) emission reduction. By 2021, their fleet will have to reach an average of 95 gram per kilometre (g/km). After managing to successfully pass the 2015 130g/km target for most of them, the new 95g/km target by 2021 is expected to be much harder […] 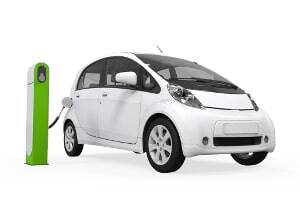 Europe has set ambitious target to vehicle manufacturers for carbon dioxide (CO2) emission reduction. By 2021, their fleet will have to reach an average of 95 gram per kilometre (g/km).

After managing to successfully pass the 2015 130g/km target for most of them, the new 95g/km target by 2021 is expected to be much harder to reach, especially if vehicle manufacturers keep progressing at the same pace as they did during the 2008-2014 period.

If Volvo, Nissan, Groupe PSA and Toyota are leading by the example, thanks also to a favourable powertrain mix with either diesel or hybrid, General Motors, Hyundai, Honda and Fiat will have to change gear on CO2 emission reduction to meet the 2021 target before 2025.

When would car makers reach their 2021 target?

The good news though is that the 95 Euros fine per car per extra gram per kilometre on the fleet average will motivate them to adopt CO2 emissions reduction technologies in order to pay fines which could reach millions of Euros every year.

As an example, Volkswagen Group which sells 4 million vehicles in Europe every year will have to pay 400 million Euros for each extra gram over its 2021 target in the case the company does not manage to meet it. In case Volkswagen group’s average fleet emission stands at 2.5 g/km above the 2021 target, it will have to pay as high as a 1 billion Euros fine every year.

Hence the incentive for vehicle manufacturers to adopt CO2 emissions reduction technologies lesser than €40/$50 per gram per kilometre is significant:

However, the bad news is that once they manage to reach the 95g/km in 2021, the trip is not over; discussions are currently behind held at the European commission to set up a new target for 2025 that could be around 60-70g/km, and which will require them to sell from 5% to 25% of electric vehicles (EV).

Following Tesla lead on long range BEVs with its Tesla S and Tesla X, German vehicle manufacturers Audi and Mercedes have announced plans to launch BEVs with large batteries in 2018 and 2019 respectively. With such batteries, the range will be comparable to an internal combustion engine vehicle (ICEV) with 500 km when measured on the new European driving cycle (NEDC).

Audi and Mercedes are not the only ones- most vehicle manufacturers have actually announced similar plans with as many as 30 BEVs with 300km range to be launched in the next 5 years as they will need those vehicles to meet their 2021 and 2025 targets.

Announced BEVs to be launched in the next 5 years

However, there is an issue with the range of BEVs: it only applies to city driving conditions when one does not really need it while on highways it can be twice as low as the announced NEDC range.

For ICEVs, fuel consumption is comparable between city (NEDC) and highway driving conditions. The higher powertrain efficiency at constant speed balances the higher aerodynamic forces at higher speed. However, BEV powertrain efficiency decreases when driving on highways at constant speed as there is no more regenerative braking such as in city driving conditions.

Hence, while NEDC range is representative of highway driving for an ICEV, it is very optimistic for a BEV which will only have 50% to 60% of the announced NEDC range available when driving at 130km/h on highways.

Hence vehicle manufacturers will have to find solutions to address the highway driving range issue in order to be competitive with ICE vehicles and sell more BEVs.
At 130 km/h, the energy consumption more than doubles compared to 90 km/h, while aerodynamic forces triple to account for 80% of friction forces. Hence Aerodynamic improvements could play a major role to increase BEVs highway driving range that people will eventually pay for.

Power to Balance Mechanic and Aerodynamic Forces at Constant Speed

Hence, an aerodynamic system reducing the Cx by 5% reduces the energy consumption by 4gr/km representing a battery pack cost saving of at least $360 in 2020 (3 kWh x $120/kWh). Vehicle manufacturers will be willing to pay up for fuel efficient technologies costing up to $90 per gr/km saved – twice as much as ICEV-– to increase the highway driving range of their BEV.

If we now look at the suite of aerodynamic systems available to improve highway driving range, grill shutters and air dam are expected to equip most electric vehicles in 2025 while roof spoilers are only expected on BEV Sport Utility Vehicles (SUV) such as Tesla X to improve aerodynamics. However sports cars are also expected to be equipped with active roof spoilers to improve road handling at higher speed.

SUVs, Multi-Purpose Vehicles (MPVs), Pick-up and Vans are also extremely good candidates for aerodynamic systems, as their hatchback shape (high drag coefficient Cx) and height (high frontal area) are the best combination for poor aerodynamic performance. Hence savings associated to a 15% Cx reduction can be as much as 50% higher than on a compact car.

As SUVs & MPVs are expected to account for 50% of vehicle sold in 2025, vehicle manufacturers will have to improve their aerodynamic performance, especially at the rear of the car to stand a chance to meet their 2025 target.

As a conclusion, if active aerodynamics systems will help in increasing the real driving range of electric vehicles, it will also be very useful on ICEVs to reduce their CO2 emissions and help OEMs meet their targets in 2020 and 2025.