Globally,  vehicles older than 2-3 years are taken to the independent market (IAM) for servicing due to competitive parts and service pricing. The standard warranty period for passenger vehicles in Europe is 2-3 years. Therefore, IAM gains market share from the franchised network as the vehicle ages. Additionally, dealer channel aftersales are lucrative for OEMs which […] 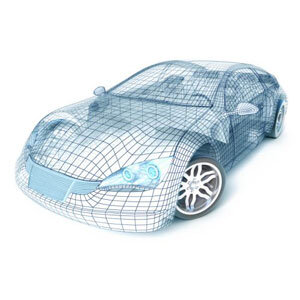 Globally,  vehicles older than 2-3 years are taken to the independent market (IAM) for servicing due to competitive parts and service pricing. The standard warranty period for passenger vehicles in Europe is 2-3 years. Therefore, IAM gains market share from the franchised network as the vehicle ages. Additionally, dealer channel aftersales are lucrative for OEMs which are challenged by slow new car sales in Europe.

In Europe, the original equipment service (OES) channel is estimated to have around 38% market share of post-warranty parts revenue in 2015. This market share is expected to decline gradually over the next 5-7 years as the vehicle age increases in Europe.

The migration of car repair and maintenance from the OES channel was accelerated post the Block Exemption regulation of 2002, which mandated right to repair in Europe. The international debt crisis had a negative impact on OES channel revenue, as customers scouted for economical repair or deferred repair and maintenance of their vehicles. The European OES channel share will be more or less stable in the coming years though Brexit is predicted to have a negative impact especially on the UK aftermarket due to the escalated costs of labour and logistics.

However, the OES channel is expected to guard its market share in the coming years due to penetration of telematics driven aftersales and adoption of new business models such as parts e-retail and all-makes repair and service network. In order to attract older cars to its franchised network, OEMs must emulate some key characteristics of the independent aftermarket in order to offer value to the older car owners. Certain key characteristics are discussed below.

2) As single brand dealerships shut down due to high operational costs and lesser traffic, OEMs are strategically filling in the space with its multi brand service network. Examples of multi brand service network of OEMs are Motrio (Renault), EuroRepar ( PSA), Checkstar ( Fiat) and so on. This business model not only drives the bottomline through higher traffic to the OES channel network, but also improves brand visibility.

3) OEMs are aggressively competing with lower priced IAM parts by re-focusing on a 2nd line of aftermarket parts and remanufactured products. Examples of 2nd line of aftermarket products are Ford’s Motorcraft, PSA’s Eurorepar, and Renault’s Motrio.  Remanufacturing involves completely disassembling the original part, followed by the salvage of components that are suitable for remanufacturing, then reassembling with new or remanufactured components and testing to OE standards. Remanufactured parts meet factory specifications, incorporate the latest engineering changes, and are priced approximately 30-40% lower than comparable new parts. Most OEMs carry a remanufactured line of parts particularly in the engine, transmission, and starters/alternators categories.