Analysis of the Global On Demand Bus Transit Market

Overview The traditional bus market and its operations have remained relatively unchanged over the last century. Public buses have been characterized by fixed routes, scheduled time departures, and low prices. Highly accessible and affordable, buses have played a key role in the public transit systems. While public buses are run by government authorities or agencies, […] 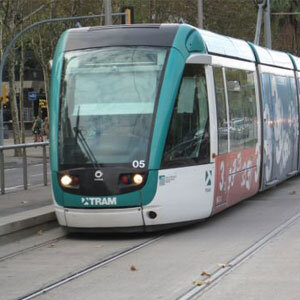 The traditional bus market and its operations have remained relatively unchanged over the last century. Public buses have been characterized by fixed routes, scheduled time departures, and low prices. Highly accessible and affordable, buses have played a key role in the public transit systems. While public buses are run by government authorities or agencies, operations of such buses could be outsourced to private operators, such as in Singapore and the United Kingdom. Without the need for additional infrastructure, buses have remained the preferred choice of public transit for short distance journeys. Yet, the traditional bus transit model has a number of inherent drawbacks such as the last mile connectivity issue, longer routes leading to inefficiency and irregularity, and high congestion due to high demand.

Over the last couple of decades, a growing taxi and private hire vehicles market and high personal ownership of cars, coupled with higher disposable incomes and higher demand for convenience, have lent formidable challenge to public transit. With the advent of on-demand ride hailing and taxi services, this trend had gained further traction and the e-hailing market has witnessed significant growth in terms of demand as well as supply.

Seeking to evolve the bus market and its services, Helsinki introduced a “mobility on demand” public transit service, called Kutsuplus, in 2013.  It was introduced as a new car pooling / ride sharing model. What differentiated Kutsuplus from car sharing was that the services were offered on a minibus as compared to the traditional usage of cars for such services. The Kutsuplus service grouped people travelling in the same direction to board a minibus, offering convenience of taxis at a much lower price with the efficiency of a bus.

On-demand bus transit addresses the inherent drawbacks of the traditional bus transit model by eliminating the fixed route on fixed schedule operations. On-demand bus transit integrates the low-cost structure and efficiency of public mass transit with the convenience of private door-to-door individual transit systems such as taxis, and offers the services at a price point lower than taxis but slightly higher than public buses. The model leverages big data to determine bus routes and timings, improving efficiency of the system, reducing congestion and emissions, and delivering convenience.

The on-demand bus transit model is akin to the on-demand ride hailing and taxi model. Passengers use the booking platform/ smartphone app to book their seats and enter their destinations. The backend system receives these requests and runs algorithms that determine the most efficient routes with a group of people. The system ensures that time schedules are maintained and an on-demand booking from a new passenger on the bus does not delay the estimated time of arrival for the first passenger. The nearest pick up points and the shortest route are also determined by the system. The bus does not stop at any destination that does not have passengers. Payments are made in-app. The model weeds out inefficiencies, covering distances in a shorter time.

On-demand bus transit model being still in the evolution stage, developed and emerging markets have adopted the model differently. While private on-demand bus transit service providers in the developed markets have adopted a flexible route model, providers in emerging markets seek to increase efficiency of buses in a fixed route model. This model is useful in cities with high population/ user density with high demand for buses. So far, developed markets have been provided by private players. As public transit agencies seek to modernize the bus market and leverage on-demand service for public buses, it is the fixed route on-demand model that would be the more efficient solution.

Within a short span of three years, the on-demand bus transit market has witnessed substantial growth in the number of service providers across the globe. Despite the origins of the model in Europe, it is North America that is leading in terms of market players and innovative business and operating models. Even as a number of public transit operators begin to offer on-demand services in Europe, it is Asia-Pacific that holds good opportunity for the market. Several players have already created a niche in these emerging markets while governments in countries such as Singapore have introduced on demand apps for buses that could be leveraged by bus operators. Ride hailing players, such as Uber, Ola, and Didi Chuxing have expanded their scope to include private buses on their respective platforms. On-demand buses along with taxi sharing and ride sharing have been instrumental in the shift toward shared mobility services.

The major players in North America are Bridj, OurBus, and Chariot, while the public agencies that have played a key role in the development of the market include Kansas City Area Transportation Authority (KCATA), Cecil County, and Santa Clara Valley Transportation Authority (VTA), amongst others. In Europe, a number of players are providing a comprehensive mix of mobility solutions such as UbiGo and Mobility Mixx. Transport and bus operators in Europe such as DrinBus, Moobil , Europbusways and PostBus offer on-demand bus transit services. PostBus has been testing autonomous buses in collaboration with cloud platform and fleet management software provider, BestMile. Asia-Pacific provides significant growth opportunities in terms of market demand catalyzed by lack of adequate public transport and infrastructure as well as high population densities leading to economies of scale. The major players include Shuttl, ZipGo, CityFlo, Beeline, DidiBus, and Tokyo University On-Demand Bus.

The current business model revolves around on-demand transportation of a group of passengers travelling in the same direction in a bus or minibus. The pricing is based on distance of the trip, the area or location of pickup and drop, peak time and off peak time, and market competition. Monthly passes, discounts, and promotional offers are a few of the revenue models that are followed.

As this on-demand model continues to gain prominence and is eventually expected to penetrate the whole bus market, a number of business models are expected to emerge. As the number of on-demand bus service provider increases and the model achieves scale, new business models such as on-demand logistics and delivery services, aggregators and price comparison platforms, consolidations and partnerships, and automation are likely to define the market.

The on-demand bus transit model is expected to transform the public and private transit industry in the long run. For short distances, on-demand bus transit addresses the critical issue of last mile connectivity.  Being highly cost effective, on-demand bus transit services are expected to provide stiff competition to other last mile solutions such as e hailing, ride sharing, and carpooling.  Fixed routes with low user density and traffic can be effectively transformed into on-demand model, while routes with high user density and traffic are more cost effective as fixed routes. Therefore, on-demand bus transit will become complementary to long distance public bus transit. Partnerships between public transit agencies, bus operators, on-demand service provider, and OEMs are imminent. More data will be leveraged to offer advanced mobility solutions. While currently, many of the on-demand bus transit service providers offer routes that are determined through crowd sourcing, it is expected that all routes in the future will be determined using data algorithms. Autonomous shuttles are also expected to gain prominence over the next five years. Experiments with autonomous shuttles have already begun in countries such as Switzerland, Japan, the United States, and those in the Middle East.

Delivering the convenience of taxis at a fraction of its costs along with the efficiency of the bus model, the on-demand bus transit model is expected to change the growth paradigm of the bus market as well as the entire public transit industry. Still in the growth phase, the market is expected to gain significant prominence in markets across the globe. While North America is leading on the innovation front, emerging markets such as Asia-Pacific hold great potential. With business and revenue models constantly evolving, the on-demand bus market will robustly compete with other private transportation modes such as taxis, ride sharing, and carpooling. With the advent of autonomous vehicles, it is on-demand autonomous buses that are expected to gain precedence over other modes of transport, penetrating the transport industry strongly.