An Overview of the Programme As a result of rapid increasing demand for healthcare services, Turkey’s Health Transformation Programme was introduced by the government in 2003 to enhance the accessibility, efficiency, and quality of healthcare facilities. Due to the limited availability of public resources to fund these new investments in healthcare, the government has decided […] 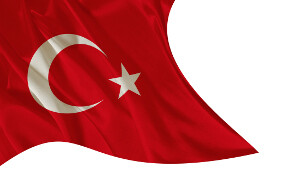 An Overview of the Programme

As a result of rapid increasing demand for healthcare services, Turkey’s Health Transformation Programme was introduced by the government in 2003 to enhance the accessibility, efficiency, and quality of healthcare facilities. Due to the limited availability of public resources to fund these new investments in healthcare, the government has decided to procure them by using a build-lease-transfer model via public-private partnership (PPP).

A large part of Turkey’s health infrastructure is out of date and is no longer able to meet the country’s increasing healthcare service needs. The hospital layouts do not support modern technologies, have high energy costs, and carry earthquake risk. Moreover, as announced by MoH 95,000 new hospital beds are required by 2023 and the government aims to increase hospital space per bed from 30-80 m2 to 150-200 m2.  As part of the Health Trasformation Programme and to be able to achieve the required number of hospital beds and space, as well as to update the old infrastructure, Turkey launched  its Integrated Health Campuses Programme in 2007, by focusing private sector support mainly in specialized areas such as woman and child health, oncology, cardiology, and rehabilitation.

Taking the health requirements, geographical structure, patient flow, accessibility and the socio-economic structure of the region into consideration, the MoH has identified 29 health regions to build huge self-efficient health complexes with 1,000 to 3,500 beds, where health facilities, R&D units, high technology centers, social living areas, institute of medical sciences, and broad recreation sites are all together, to be completed by the end of 2018.

Currently, the tender process has been completed for 18 integrated health campuses and 5 of them are in contract signing process.  These are expected to add 28,000 beds to Turkey’s existing bed capacity of 200,000.

PPP involves the collaboration of public and private sector entities (SPV: Special Purpose Entity/ Consortium  to develop, build, maintain and operate the asset for the contracted period) to provide public services that are traditionally provided by the state. PPPs are mostly used for the construction and operation of major infrastructure facilities, such as power plants, motorways, and hospitals. The first PPP model introduced into Turkish legislation was the Build-Operate-Transfer model in the 1980s, followed by the Build-Operate-Own model and Transfer of Operation Rights.

On March 9, 2013, the Build-Lease-Transfer model was introduced into Turkish legislation by Law No. 6428 (the Law Regarding the Procurement of the Construction, Renovation of the Facilities and Obtainment of Services Under Public Private Cooperation Model by the Ministry of Health and Amendments to be Made on Some Laws and Decrees in Force of Law), commonly known as the City/Campus Hospitals Law.

Under the Build-Lease-Transfer model, the private sector finances and builds a facility and then leases it to the relevant public authority, with the state providing the public service. The infrastructure facility is leased for a maximum of 30 years and the public authority pays a lease fee to the private investor and operates the facility during the lease period.

This model was specifically introduced to support hospital PPPs. In this model, investors will build the hospital with all equipment on public land within 3 years, and then will hire this facility to the ministry of health for 25 years. About 29 hospitals with a total capacity of 42,782 beds are planned to be built with this model. The ministry has delegated 18 such projects with a total investment of $10 billion.

The City/Campus Hospitals Law was enacted following legal challenges to the current framework for healthcare PPP projects undertaken by the Ministry. The Council of State has issued stay of execution decisions for the Ankara Etlik, Ankara Bilkent, and Elazığ hospital PPP projects, effectively halting their progress pending resolution of this litigation. The disputes are based on challenges to the free-of-charge allocation of Treasury-owned land for services that are not directly related to the healthcare facilities in these PPP projects.

Structure of the PPP Health Campuses Projects in Turkey

SPV provides the design, construction works, medical devices/equipment, and furniture for the health campus. Services other than the medical treatment are provided by SPV. MoH provides health services and takes all responsibility of medical treatment.

With respect to greenfield health PPP projects basically five factors will be taken into account when calculating the lease payments under the implementation agreement. These are,

Lease payments are increased annually by the arithmetic average of the Turkish Producer Price Index and Turkish Consumer Price Index for the preceding year. This annual increase may be further adjusted to take into account the increase in the Central Bank’s currency basket, if such increase is higher than the average of the Producer Price Index and Consumer Price Index. To further increase the attractiveness and bankability of the hospital PPPs, the Ministry guarantees the lease payments during the term of the agreement. Moreover, lenders to the project company must enter into direct agreement with the Ministry, and step-in rights are granted to them.

There are three options to award health PPP projects. These are,

A number of parts of the government will be either directly or indirectly involved in any health PPP project. However, the three key government entities that will have a role will be

The Ministry of Health selects health PPP projects to be undertaken and prepares feasibility and other reports as well as other tender documentation.

The Supreme Planning Board will be involved in a limited number of decisions of fundamental importance, such as signing off on the health PPP projects proposed by the Ministry of Health.

The Under-secretariat of the Treasury will in most cases procure the land required for the health PPP projects.

With the launch of the PPP Integrated Health Campuses Programme in 2007, the Turkish Ministry of Health is now working with its own PPP management to design, build, finance, and operate large scale, regional hospitals and trauma centers around the country. With its own independent legislation, the Department of Public Private Partnership is aiming to organize a 10 billion USD investment in total.

The PPP projects are expected to improve patient access to high quality public health services and support the Government of Turkey’s efforts to transform its health sector to match the current and future health needs of the population. They will help achieve this by realigning hospital bed capacities to match national health needs (for example: pediatric, cardiovascular, oncological, and rehabilitation), improving efficiencies and quality in service delivery, and making public health facilities more energy and resource efficient through the use of energy efficient technologies.

The programme will also provide significant value for the government by transferring risks to the private sector – under the PPP scheme, the private partner assumes substantial financial, technical, and operational risk, allowing the public sector to focus on the delivery of health services.

With the support of the World Bank, the Ministry of Health is aiming to complete a 42,782 bed PPP model healthcare campuses program by end of 2018. This effort has helped to make the country’s healthcare campus program the largest pipeline of PPP hospitals on the globe at the moment. The tender processes for hospital PPPs are ongoing, with a remaining capacity of 22,475 beds offering attractive business opportunities for investors.