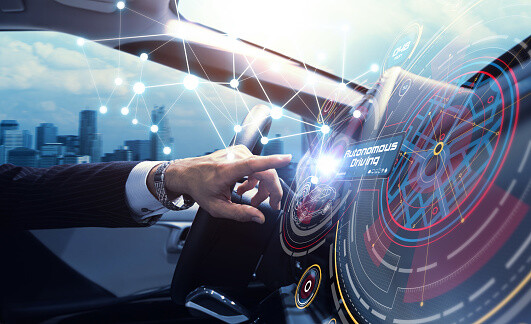 A recently announced partnership will see the US-based Luminar Technology’s Iris laser LiDARs integrated into Mercedes-Benz’s autonomous vehicles. Under the terms of the agreement and to constantly improve its autonomous driving technology, Luminar will have access to data generated by these vehicles. Mercedes-Benz has, moreover, picked up a 1% stake in Luminar. It is interesting to note that just in 2021, Mercedes equipped its vehicles with Valeo’s scala LiDAR to launch its level 3 autonomous feature called Drive Pilot. It is unlikely that Luminar’s LiDARs will replace Valeo’s in the S-class and EQS, at least in the short term.

Beyond these broad brushstrokes, more detailed information – the timelines for the integration and the models in which Luminar’s LiDARs will be installed – is still lacking. However, what is unequivocal is the importance of automakers (with the notable exception of Tesla, which uses radars for its Autopilot system) attaching to LiDAR technology as they seek to fast-track their autonomous driving agenda. This is because LiDARs are perceived to address one of the most critical challenges faced by autonomous vehicles, namely, high-resolution environmental perception, object detection, and classification while adding redundancy to the data generated by the camera-radar fusion.

To learn more about developments in this space, please see our research on competitive benchmarking, technological advances, and growth opportunities in the Global Automotive LiDAR Market.

Today, every leading automaker is focused on developing safe and efficient autonomous vehicles. For instance, GM’s self-driving subsidiary, Cruise, is launching a self-driving passenger vehicle over the next couple of years. Companies like Alphabet’s Waymo are pushing forward on autonomous taxis for commercial purposes.

If it’s any indication of the central role foreseen for LiDARs in an autonomous future, then consider that Luminar has inked deals to supply its LiDARs to companies ranging from Audi, SAIC, NVIDIA, Pony.ai, Daimler Trucks, and Intel’s Mobileye. It has also tied up with Volvo to use its Iris LiDAR in a forthcoming electric SUV. OEMs and AV companies are developing Level 4 technology for passenger and logistics applications.

Against this backdrop, this new partnership will reinforce its efforts in the AV domain and give it an edge over its competitors. Following its launch in Germany in 2021, the company is set to expand the sales of Level 3 vehicles in Europe over the first half of 2022. Its 2023 S-Class and EQS sedans will come equipped with Drive Pilot advanced driver assistance system with Level 3 capabilities that support conditional driving automation. With its LiDAR-based Drive Pilot, Mercedes- Benz is set to become one of the first automotive companies in the world to get regulatory approval for a Level 3 vehicle.

It is interesting to note that despite facing a rash of lawsuits over accidents related to its Autopilot system, Tesla has been one of the few outliers, with Musk claiming that LiDAR sensors are a costly “crutch.” In this context, Luminar claims that its LiDARs offer proactive safety capabilities superior to current advanced driver system offerings.

While we see the Mercedes-Luminar partnership as a step in the right direction, more groundwork will be needed before autonomous vehicles can truly go mainstream. A widely discussed theme that we cannot overemphasize is the need for automakers to build consumer trust, confidence, and acceptance as a prerequisite. A second aspect is to address multiple technological challenges – ranging from ensuring vehicle safety in complex driving conditions and strengthening automotive cybersecurity to scaling up the production of LiDARs, making them robust enough and cost-effective for real-world deployment. The third area which we feel is critical is the need for ecosystem participants to collaborate with authorities to bring in greater regulatory clarity and standardization.

The journey to next-generation self-driving vehicles is a long one. In the meantime, OEM-autonomous automotive technology company partnerships will continue to make steady progress in enhancing vehicle safety and autonomous driving functionalities.