Can the CHIPS for America Act Assert Global Semiconductor Supremacy in the US?

The CHIPS Act seeks to boost US domestic production, secure supply chains, and protect national and economic interests. It comes at a time when semiconductor shortages have ravaged multiple industries, including the automotive industry, and China is aggressively ramping up its presence in the space. 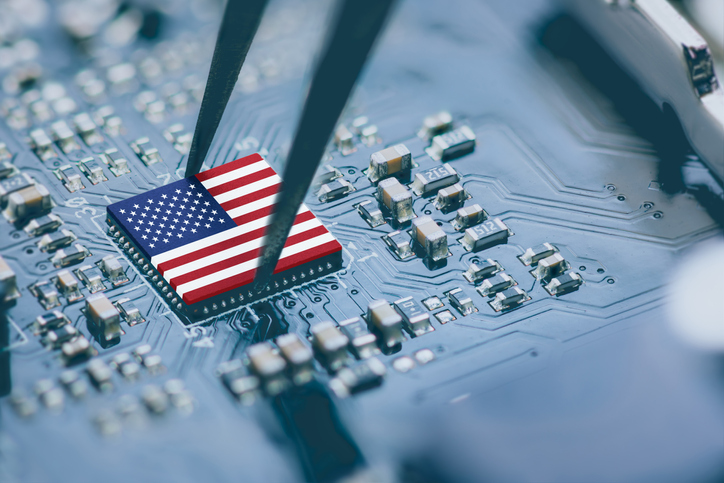 To add to the annus horribilis that was 2020, supply chain disruptions and global semiconductor shortages ravaged the global automotive industry. For the US auto industry—the world’s second-largest automotive market after China in terms of new car registrations—the semiconductor crisis underlined the perils of dependence on external sources and volatile supply chains, with automakers compelled to slash production volumes by an estimated 1.5 million vehicles in 2021. The US government responded to the crisis with a series of initiatives, the key being the bipartisan CHIPS (Creating Helpful Incentives to Produce Semiconductors) for America Act. The Act was signed into law by US President Biden on August 9, 2022.

The CHIPS Act is set to support the US semiconductor industry with $280 billion in government assistance and public subsidies. Of this, $52 billion worth of subsidies and additional tax credits will be allocated to US companies for domestic chip manufacturing, a 25% tax credit will be extended to investments in semiconductor manufacturing until 2026, and a significant $200 billion will be channeled toward research, development, and innovation in semiconductors and allied technologies.

The Act has multiple objectives: first, to rejuvenate domestic semiconductor production, build resilient supply chains, and ensure continuous and steady access to advanced semiconductors while reducing reliance on foreign countries/companies for essential technologies. Underpinning this is the push to reinstate the US as a global leader in the semiconductor space. Second, to stimulate the US economy by generating more employment opportunities in the advanced technologies sector. Third, to safeguard US national security interests, especially at a time when China is aggressively ramping up its chip output.

Today, semiconductor chips are critical not only in a C.A.S.E (Connectivity, Autonomous, Sharing/Subscription and Electrification)-defined automotive industry where the use of software within cars is soaring, but equally in multiple areas ranging from defense, gaming, the internet of things (IoT) and healthcare to consumer electronics, agriculture, quantum computing, and telecommunications. Invariably, chip shortages have been felt not just in terms of scaled-down production volumes and rampant inflation but equally in terms of higher manufacturing and sale costs.

Also, at a time when technology has become a powerful weapon for dominance, the US’s share of global chip production has plummeted. According to the Semiconductor Industry Association, the US’s share of the global chip manufacturing market has dropped from about 37% in 1990 to its current share of about 12%. Over the same period, China’s share has grown from negligible levels to 15%. Countries like Taiwan, South Korea, Japan, and China have targeted substantial investments in this crucial industry and currently supply nearly three-quarters of the global demand for semiconductor chips.

Why it is Important

The CHIPS Act is heralded as a device to reassert US leadership, wean the country off its dependence on foreign supply sources, and realize improved competitiveness. Simultaneously, it is seen as a vital catalyst for economic growth and job creation. Buoyed by the Act, nearly $44 billion worth of new semiconductor manufacturing investments have been announced in the US.

Strengthened domestic production is also seen as a weapon to combat soaring inflation rates in the US since it will mean lower manufacturing costs and retail prices, and more affordable products like computers, smartphones, and cars.

One of the big news items this year was the announcement by leading US semiconductor company Intel that it would be committing nearly $100 billion to semiconductor manufacturing, research, innovation, and talent development. Its ambitious plans include building the “largest semiconductor manufacturing site on the planet,” in Ohio. This is expected to mark a new beginning in reshoring, bucking the trend of US companies moving their factories overseas to markets like Singapore and Taiwan.

A byproduct of boosting domestic production will, of course, be employment generation. For instance, Intel’s mega chip facility in Ohio is set to employ 3,000 workers, create 7,000 construction jobs, and trigger a cascade of employment opportunities across the supporting ecosystem. Micron’s $40 billion investment in memory chip manufacturing will likely be accompanied by the need for an estimated 8,000-strong workforce.

Apart from the desire to help US companies achieve competitiveness vis a vis their foreign counterparts, another important consideration behind the CHIPS Act is national security. China has been a particular source of anxiety as it ramps up production and investments in semiconductors, with nearly $150 billion allocated to accelerating domestic capabilities by 2030. Today, China is the world’s largest chip consumer and has the world’s fastest-growing chip industry, with programs like “Little Giants” attempting to boost homegrown innovation in strategic technologies.

Meanwhile, Taiwan, a major source of advanced semiconductors, has been at the center of rising political tensions with China. TSMC (Taiwan Semiconductor Manufacturing Company) is the runaway leader in semiconductor manufacturing; it is the world’s largest foundry, accounts for almost half of global foundry revenues, is the go-to for next-generation chips, and is the supplier for US tech giants like Apple and Nvidia. Turmoil in Taiwan could have catastrophic consequences for companies that depend on TSMC for their semiconductor supply.

The CHIPS Act targets China by barring any semiconductor company that receives funding via the CHIPS Act from investing in and supporting the manufacture of high-tech chips in China or other “countries of concern” for ten years. Simultaneously, subsidies and tax incentives have been designed to make the US an attractive destination for foreign manufacturers to establish their facilities.

“While the intent is to protect US economic and security interests, there are a few areas of concern. One is whether the restrictions might backfire in terms of stifling corporate competitiveness and disrupting global supply chains. The other is whether exemptions on the production of “legacy chips” in China could leave the US automotive industry, which uses these chips, vulnerable,” says Thanigesh Arumugam Parthasarathi, Mobility Research Analyst at Frost & Sullivan.

In the battle that lies ahead, market leaders like South Korea’s Samsung and Taiwan’s TSMC will have to determine which side the chips will fall.