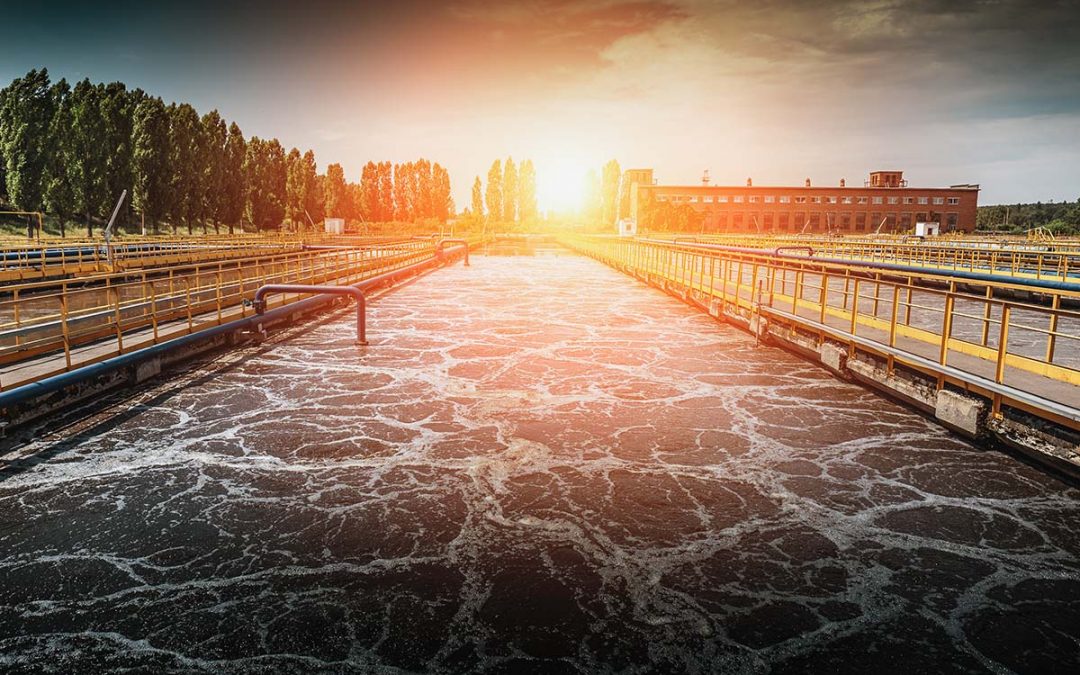 On the other hand, frequent droughts are experienced as less than one-fifth of the annual precipitation falls during the dry winter season.

From 2003 to 2012, South Korean floods have caused about KRW4.5 trillion worth of property damage with reported fatalities. Flood damages, led by typhoon and localized torrential downpour due to the recent climate changes, are rapidly increasing and account for 87% of natural disaster-related damages in the country.

As one of the countries with an organized water industry and challenging water resource management, it is continuously aggravated by adverse weather conditions. The government believes that climate change adaptation begins with the fundamental management of its water resources. As such, South Korea has been actively managing rivers by building levees and barrages for flood control and irrigation.

The early stage of river management in South Korea focused on building dikes, straightening channels, and building artificial rivers in the 1960s, at the height of rapid urbanization and population growth. Along with industrialization, river improvement and management had created business opportunities for local communities and mitigate flood risks and water shortage.

From the 1970s to 1980s, South Korea’s river management plan continued as fragmental approaches focused on flood control and irrigation. In addition, the country’s river management activities had resulted in additional business opportunities in the landscaping market that transforms small rivers in cities into recreational parks. Subsequently, the importance of river management escalated in the 2000s when city dwellers emphasized on quality of life with the use of rivers as esplanades.

Recently, there has been a paradigm shift in river management across the world. The goal of modern river management in developed countries such as the United Kingdom, France, the United States, and Japan is to restore deteriorated rivers back to their original condition. Similarly, South Korea launched the ‘Polluted River Purification Project (1987-1995)’ that has evolved into the ‘Natural River Purification Project (1996-2005)’ and the ‘Ecological Rivers Restoration Project (2006-current)’.

Ecological Rivers Restoration Project is a 10-year project undertaken by the Ministry of Environment (ME) since 2006. Primarily, this project focused on improving water quality and restoring aquatic ecosystem of rivers in South Korea.

Approximately KRW1.3 trillion was committed by the government for the restoration of 476 rivers from 1987 to 2012, as shown in Exhibit 1.

The Korea Environment Corporation (KECO) has recently conducted a field study on rivers after the completion of initial projects under the Ecological Rivers Restoration Project. The study investigated the present conditions and the status of operation and management of selected rivers via three approaches, namely physical survey, chemical survey, and ecosystem and aquatic ecosystem survey. Primarily, effectiveness and outcome of the Ecological River Restoration Project can be summarized as direct effects and indirect effects.

Two direct effects can be concluded: improvement of river water quality and improvement of river ecosystem.
The table below shows the average quality of water in ten rivers. The figures represent the contamination level of the water whereby lower values represent better water quality. The study shows that BOD and other measurement parameters have significantly decreased after the river restoration project.

Additionally, the KECO conducted an analysis on ten rivers in city downtown areas in 2014. The study shows that approximately 95% of BOD has declined from 76.9 mg/L to 3.8 mg/L. It is considered a success and an international best practice in the river management. Such success can be benchmarked with other similar BOD reductions in other countries. For instance, the BOD of Rhine River in Germany decreased from 8.0 mg/L in 1975 to 1.5 mg/L in 2013; Tama River in Japan had declined BOD from 19.0 mg/L in 1971 to 2.4 mg/L in 2013.

Next, ecosystem improvement is observed as the other direct effect. The establishment of biological habitat and various micro-landforms has boosted the species diversity in plants, birds, benthic organism, and insects.

Aside from the direct effects mentioned above, there are several other impacts from the river restoration project. The project created jobs leading to a higher employment rate. According to a report titled ‘Evaluation of Employment Effect on Ecological River Restoration Project’ by the Ministry of Employment and Labor in 2011, a total of 10,058 employments were recorded from 2008 to 2010. Moreover, the Employment Intensity Ratio (the number of employment per KRW1 billion of business cost) was 10.6, which is higher than the industry average of 9.6.

Furthermore, the project has boosted the property value near ecologically restored rivers. It has also led to the revitalization of local economies such as wholesale and retail trade business, and other services such as food and accommodation businesses.

The ME has recognized Gyeonggi as the leading South Korean province with best practices in river management. Gyeonggi has continuously implemented river restoration projects and initiatives to revive the ecological health of its rivers and streams. By 2016, the ecological environment at all Gyeonggi rivers (total length of 146.58 km) is expected to be improved. In this province alone, approximately KRW605.1 billion has been invested for the remediation of 29 rivers since 2003.

There are at least two success stories of river management in Gyeonggi: Anyang Cheon and Hyeri Cheon. Anyang Cheon showcases the success of BOD reduction from an average to 146 mg/l to an average of 4.7 mg/l. In addition, its river ecosystem has improved with the successful increment of flora and fauna species by more than 200%.

The highly acclaimed success of Hyeri Cheon attributes to the good governance of the city council and provincial government. It has recorded one of the speediest river restorations due to frequent public hearings and feedback collection which subsequently resulted in the high level of direct public participation.

River restoration should be a social and long-term commitment from governments and the public. It is usually a part of, and necessary for, the success of holistic national water management plans. The discussed examples in South Korea are some of the best practices in Asia that can be emulated by the developing countries in the region. Every country is unique in water resource management, but the key points and principles remain the same. They are:

The first point is probably customizable and exclusive by country depending on the socio-political conditions and water demographics. However, the last two points are highly required and necessary for successful river management and restoration projects. Private market participants such as technology and solutions providers in river management should work and partner with the authorities. It may lead to bureaucratic challenges, but the investments are worthwhile when correct approaches and go-to-market strategies are adopted.