Challenges and Opportunities in the Indian Water Market

Introduction India’s tremendous economic growth is driven by the government’s spending on infrastructure development to accommodate international and domestic investments. Economic activities are likely to be buoyed by expectations from the newly-elected government of Prime Minister Narendra Modi. However, the government’s legislative agenda remains constrained by strong political opposition, with possibilities that major reforms will […] 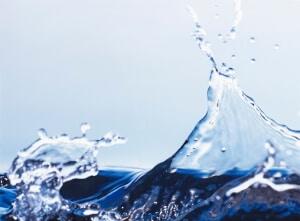 India’s tremendous economic growth is driven by the government’s spending on infrastructure development to accommodate international and domestic investments. Economic activities are likely to be buoyed by expectations from the newly-elected government of Prime Minister Narendra Modi. However, the government’s legislative agenda remains constrained by strong political opposition, with possibilities that major reforms will be delayed or even shelved.

With growing urbanization and industrialization, demand of water for municipal and industrial use has been increasing accordingly. This presents a great opportunity for innovation and solutions in water market, especially in the fields such as infrastructure, technologies, and services.

Frost & Sullivan forecasts the Indian water market expenditure is to reach $9.77 billion in 2016. The Indian water capital expenditure is likely to account for 40.9 percent of total expenditure, with the remaining 59.1 percent coming from operation expenditure. While the government contributes about half of it and the private industrial/domestic sectors contribute the remaining business, this synergy between the private and public sectors is crucial in solving the imminent water crisis in India.

Water is a cross-cutting issue that permeates the cultural, social, economic, and political fabric of India. If India has to make progress on major development fronts, it has to address the following challenges.

India has highly diverse climate conditions by region that can cause weather-related disasters such as severe floods and droughts. The country’s erratic weather patterns tend to create hydrological shocks while rainwater harvesting, a common source of water, becomes challenging.

More than 60 percent of India’s irrigated agriculture and 85 percent of drinking water supplies are dependent on ground water. However, it is foreseeable that India’s rivers and other surface water sources are not able to cope with the growing demand for water as many of such water sources are either polluted or dried due to prolonged drought.

In the coming years, this  demand for water will increase, and this will result in high competition among consumers in the sectors of irrigation, domestic, and industrial.

In agricultural states such as Punjab, Uttar Pradesh, Madhya Pradesh, Maharashtra and  water scarce states such as Rajasthan, water resources especially ground water are over exploited. With the existing nexus between water and energy it is difficult to balance both efficiently, as water pumping systems lead to high energy consumption. As India is also facing power supply issues intermittently, it is often challenging for both water authorities and private water companies to dispense consistent quality of water supply services.

Current water infrastructure in India has limited capacity to deal with new socio-economic developments. The overall water industry is also challenged by the effect of climate change and environmental pollution.  Over the past decade, significant progress was made to provide communities with access to water supply. However, many water infrastructures are not operating efficiently due to poor maintenance, aging systems due to lack of budget for retrofit and replacements, and contamination or depletion of water source. This approach of “build-neglect-rebuild” is prevalent in India and has resulted in inefficient and poor performance of existing water resources and irrigation infrastructure.

While the Indian water market faces tremendous systemic challenges, it gives ample opportunities for development with continuous improvement measures from the government. This will call for collaborations of international experts with the Indian authorities on the transfer of technologies, water treatment experiences, and best practices in water management.  Specific opportunities include wastewater treatment development in urban areas and improvement in clean water supply in rural areas.