Over the last two decades, globalization has transformed industries and businesses worldwide. 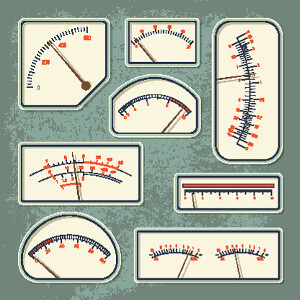 The intersection of trade and technologies has unleashed immense opportunities for several industries. Impact of globalization has had a high impact on how business is conducted and where and by whom. Such trends have opened market opportunities and pushed several market participants to increase their initiative toward offering added value to end users. In the dimensional metrology market, value has been added primarily in pricing, product, and services. With increase in the need of this value addition in the dimensional metrology market, several smaller companies have started to contest and provide unique products and services. End users, region, technology, economy, and society are few forces that drive the role of smaller companies in the dimensional metrology market space to contest against leading companies.

For example: AMETEK acquired Creaform for approximately $120 million in 2013. Creaform’s annual sales were about $52 million in 2012. Creaform is a leading dimensional metrology scanner manufacturer. The company is well known for portable 3D scanners and robot-mounted coordinate measuring machines. Creaform is not the first acquisition of AMETEK in the metrology market space. It has previously acquired Taylor Hobson and Solartron. Research indicates that acquisition of Creaform is likely to help AMETEK expand its presence in the metrology market along with Taylor Hobson’s and Solartron’s products.

Carl Zeiss Industrial Metrology, a leader in the CMM market, acquired Steinbichler Optotechnik GmbH in 2015. This acquisition helped it to have quick entry into white-light scanners market. Unlike CMMs, the main advantage of white light scanners is that the information generated can be used without the need for data handling by experts. A wide range of product portfolio covering computed tomography, coordinate measuring machines, scanners, and vision sensors help Carl Zeiss to offer end-to-end solutions to end users.

The second trend foreseen is that large metrology companies are likely to aggressively diversify their portfolio and enter newer markets such as automation, enterprise level software, engineering consulting, and production technologies. Large companies that have access to huge financial capital are likely to enter new markets.

In a mature market, it is crucial that dimensional metrology companies position themselves in the right market niches for sustained growth and profitability. As smaller companies have a strong foothold in the regional market, leading companies are aggressively marketing to overcome the rivalry. Research reveals that leading companies have gradually commenced focussing on consolidation in the form of mergers, acquisitions, and strategic alliances with regional companies. Dimensional metrology solution providers are likely to be on an increasing curve to gain access to newer markets, niche product segments, and latest technologies. This is likely to provide a win-win situation for both small and large dimensional metrology companies, as the large participants strive to expand their global footprint and the smaller ones leverage the technical expertise and resources of the larger companies.