The Indian e-waste management market owes its existence to the domestic IT industry. Since its inception in the late 1960s, the Indian IT services sector has been going from strength to strength, witnessing accelerated growth as the world started taking notice of Indian IT talent in the early 2000s. Two decades later, India is a leading global destination for IT and IT-related services with the industry contributing ~8.0% of India’s GDP, according to IBEF (India Brand Equity Fund). 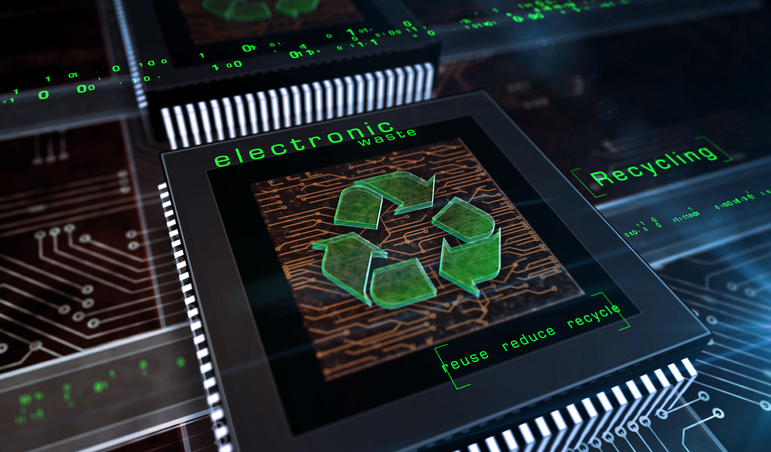 The first company established to responsibly dispose of the e-waste generated by these companies, however, was established much later – in mid-2005 to 2007. E-waste (management and handling) rules were brought into force in May 2012. Extended Producer Responsibility Requirements and targets were introduced in 2017-2018.

Computers and laptops have collectively generated around 70.0% of e-waste in India this year, when the penetration of mobile phones, tablets, and other electronic gadgets is much higher than in the era of Nokia’s earliest phones.

The amount of India’s e-waste that has gone into the country’s landfills when computers and laptops dominated all communication, before e-waste management became an environmental concern, and a necessity, is best left to one’s imagination.

The sector has been evolving and transforming by leaps and bounds, ready to handle the growing volumes of e-waste – estimated to reach at least 11.5 million metric tons in 2025 – propelled by the proliferation of connected devices and an app-driven world. India has 400 registered e-waste recyclers with an installed capacity of recycling 1.07 million tons per annum (up by 36.6% from 2019) as of March 2021. India’s largest e-waste recycling facility has a capacity of handling 96,000 tons per annum and holds five ISO certifications for recycling – the only company in Asia to hold all five ISO certifications.

Such scale of growth would have been impossible without the awareness creation programmes inspiring responsible waste disposal behaviour in consumers, and the innovative strategies adopted by early market entrants to build the waste collection network.

Incentivising the formal waste recycling processes, in addition, prevented informal recyclers from engaging in hazardous and potentially life-threatening e-waste recycling processes. The Indian e-waste management industry has thus been able to achieve several objectives that benefit society and the environment, by the collective efforts of the industry participants in the short span of a little over a decade and a half.

The growth of the Indian e-waste management industry has been phenomenal and some key initiatives are suggested below for the benefit of stakeholders in the industry:

For a detailed report on Growth Opportunities in e-waste management, click here.