On October 18, 2009, roughly six and a half years ago, the Greek PASOK government shocked the financial markets and shook the European economic landscape by admitting that the country’s fiscal deficit will be 12% of national output and not 6% as projected by the previous government. This admission triggered what is now considered the […] 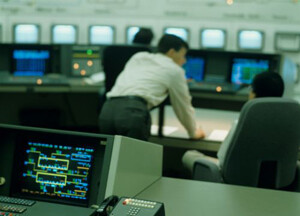 On October 18, 2009, roughly six and a half years ago, the Greek PASOK government shocked the financial markets and shook the European economic landscape by admitting that the country’s fiscal deficit will be 12% of national output and not 6% as projected by the previous government. This admission triggered what is now considered the biggest economic storm to hit the European region. Share prices fell, credit rating downgraded, and bailout packages enforcing strong austerity measures were introduced that set Europe on a path of economic uncertainty which still threatens industrial growth in the region. While the NDT inspection services market has suffered significantly during this turmoil, high oil prices shielded the market from devastation as there was always investment in new infrastructure that would bring in market revenue. However, the recent dramatic slide in oil prices has exacerbated an already precarious situation and research shows that the over the next five years, the European NDT inspection services market, pegged at €2,206.5 million (2015), will grow by a mere 1.0% compound annual growth rate (CAGR).

The oil and gas industry, which was the growth engine for the European NDT inspection services market is expected to experience contraction in the short term, with (4.7%), (4.4%) and (2.3%) growth rate in 2015, 2016, and 2017. This is based on the assumption that the oil prices on the Brent Crude index will be between $30 and $45 for 2016, between $40 and $50 for 2017 before increasing to $50–$55 in 2017 and 2018, and above $55 in 2019. At these oil price levels, drilling activity in the North Sea will recede dramatically. Industry experts have already predicted that oil platforms in the United Kingdom region of the North Sea will be reduced by 25% over the next 5 years. Similar numbers can be expected for Norway, Denmark, and the Netherlands as well. While upstream oil and gas is expected to slow down dramatically, there are still opportunities for growth in the downstream oil and gas vertical market. Research shows that on an average €5 million to €10 million in revenue is generated from oil refineries depending on their capacity, operator, and region. Considering there are approximately 120 to 130 refineries in Europe, the NDT inspection services market for downstream oil and gas is huge. While the number of oil refineries in Europe is not expected to increase exponentially, it is expected that there will be some capacity addition to existing refineries and marginal increase in number of new refineries, especially in Eastern Europe.

In the upcoming Frost & Sullivan study titled “Analysis of the European NDT Inspection Services Market,” detailed analysis on current and future trends have been provided, in addition to a comprehensive view on the revenue projections by end-user vertical, and analysis of oil prices volatility on the market. The study also provides the competitive landscape and growth opportunities in this market space.

Frost & Sullivan also conducts extensive research in the areas of non-destructive testing, material testing, condition monitoring, and NVH testing among others. For further information or any comments, suggestions or queries, please contact the author at NikhilJ@frost.com