Frost & Sullivan On The Changing Face of the Automotive Industry

The Changing Face of the Automotive Industry: Transformative Technologies of Future Cars The only constant in the automotive industry is change. As vehicle manufacturers and suppliers around the world have reconciled themselves to lower growth rates in developed markets such as Europe, the United States, and Japan, markets like India and China offer immense growth […] 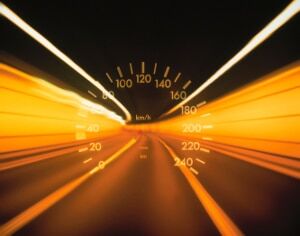 The Changing Face of the Automotive Industry: Transformative Technologies of Future Cars

The only constant in the automotive industry is change. As vehicle manufacturers and suppliers around the world have reconciled themselves to lower growth rates in developed markets such as Europe, the United States, and Japan, markets like India and China offer immense growth opportunities for global car makers. While the slowdown has helped car makers to become focused and more efficient, it has also made vehicle manufacturers and suppliers invest in Research and Development (R&D) to be ahead in technological advancement, both in developed and developing countries.

Road safety, availability of fossil fuels, and the impact of increase in transport on the environment will be the cornerstones of innovation for the automotive industry in the coming decades.

The motor industry has a long history of innovation and commitment toward progress, and this has shaped and influenced the way vehicles are developed and used around the world. This commitment to resource innovation has never been more vital than today as there are areas of change that the automotive industry must address if usage of private vehicle is to be a sustainable method of transport in the future.

Toward an Era of Accident Free Roads

Globally over 1.2 million people die in road accidents every year and an increasing number, between 20 and 50 million, suffer non-fatal injuries. Passive safety technologies have reached a high level of technological maturity, with 100 percent penetration in developed markets, but solely cannot help in further reducing road fatalities. The industry in developed markets has instead shifted focus toward accident prevention technologies such as Advanced Driver Assistance Systems (ADAS) and the semi-autonomous and autonomous accident mitigation technologies.

Developing markets such as India are likely to have near 100 percent penetration of at least driver airbags after new crash testing norms of ‘Bharat New Car Assessment Program’ (Bharat NCAP) are introduced by 2017. The market for passive safety is expected to mature post airbag standardization and implementation of different forms of airbags such as curtain, knee, and side airbags. Integration of advanced safety technologies in Indian cars is likely to follow global safety product development by shifting from passive safety toward accident prevention technologies.

The European Union (EU) has been at the forefront of technology advancement especially for safety in Europe. It has actively invested in identifying and prioritizing how vehicle safety and vehicle to infrastructure communication can contribute to reaching the 2020 EU targets to reduce road deaths by 50 percent. Occupant protection has improved considerably over the past decade mostly because of car manufacturers’ efforts to meet consumer demands for safer cars driven by the European New Car Assessment Program (EuroNCAP) and EU legislation mandating certain active safety systems such as Electronic Stability Program (ESP), Tire Pressure Monitoring Systems (TPMS) for passenger cars, and Lane Departure Warning (LDW) and Advanced Emergency Braking (AEB) for heavy trucks.

When the EuroNCAP started crash tests of cars in 1998, the average car was awarded two stars for occupant protection. In 2014, all cars tested were awarded five stars for combined occupant and pedestrian protection. Improved vehicle safety in cars has been proven to make a large contribution to injury and casualty reduction.

Indian car makers and suppliers will seek to export more vehicles to developed markets in the coming decades. Beating off international competition will be a challenge, but developing their safety credentials and profiling themselves as producers of safe vehicles can play a crucial role in the export markets.

Sensors such as radar, LIDAR, camera and their fusion will play an extremely important role toward achieving autonomous driving. Low cost safety systems are the need of the hour in developed markets and significant research has been done in this area of interest.

Safety is likely to play a major role for Indian customers while choosing a car. Indian car makers and suppliers will do well to invest in R&D on active and passive safety. Advanced safety systems could not only play an important role in the future in export markets, but could also possibly be used to develop low cost active safety systems in the Indian market. This could lead to reduced insurance premiums for car models with such features making them attractive to customers and insurance companies.

One out of every two cars sold in the world will still be a Manual Transmission (MT) by 2017. Market for AMT is likely to go up due to increased demand for cost efficient automated driving technologies in developing markets such as India and China.

The key drivers in the transmission sector are fuel economy, CO2 regulations, market competitiveness, globalization of powertrain portfolios, emerging market needs such as that of China, India, Brazil, and Russia, and engine downsizing.

Urbanization and increase in the number of cars on roads have led to a number of key markets shifting slowly toward automatic transmission technology for more comfort and convenience. Globally, the market is moving toward more gear ratios. The number of transmission speeds in new light vehicles has been growing. The market for CVTs has been increasing in Asia and North America due to the objective of OEMs in Asia and especially in Japan, to achieve an optimum drivetrain in terms of comfort and driving pleasure. CVT is a well-established automatic transmission option in the Asian region. It is expected that the market for CVT will grow with increased demand for clutch less transmission technologies in the developing markets.

Powertrain – Can It Save the Planet?

The world’s leading economies have developed a wide range of instruments aimed at reducing emissions and lessening their dependence on oil imports. Their approach has two sides to it. On one hand, they are trying to force OEMs to come up with more fuel-efficient vehicles. They do this by means of tighter regulations, harsher penalties, and subsidies for R&D. On the other hand they invest in alternate propulsion technologies.

The current engine and transmission line up is changing rapidly: hybridization, electrification, downsizing, and down speeding are just a couple of technology paths introduced in the last decade.

Emissions legislation on hydrocarbons (THC), carbon monoxide (CO), Carbon dioxide (CO2) and Nitrogen oxides (NOx) and Particular Matter (Pm) driven by governments in developed markets are responsible for technology changes in powertrain. Downsizing for gasoline engines, exhaust after treatment technologies for diesel engines, and hybridization and electric vehicles are some of the key areas of technology progress.

Technology innovation is most crucial for sustainability of the automotive industry globally. Today’s global technology and business solutions will enter the Indian market in the future in some form or the other. The key to growth and prosperity will depend on how car makers and suppliers adopt and innovate suitable technology solutions.