There’s more disruption brewing for the mobility industry as electric vehicles (EVs) continue to surge ahead in top gear. According to Frost & Sullivan’s recently released “Global Electric Vehicle Market Outlook, 2018”, global sales are poised to climb from 1.2 million in 2017 to 1.6 million in 2018 and further upwards to an estimated 2 […] 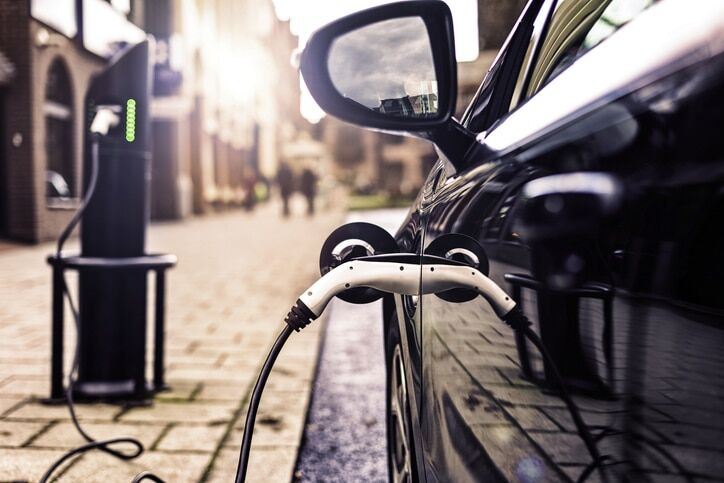 There’s more disruption brewing for the mobility industry as electric vehicles (EVs) continue to surge ahead in top gear. According to Frost & Sullivan’s recently released “Global Electric Vehicle Market Outlook, 2018”, global sales are poised to climb from 1.2 million in 2017 to 1.6 million in 2018 and further upwards to an estimated 2 million in 2019. It’s not all smooth driving though as the EV industry needs to overcome major challenges related to battery technology and charging infrastructure, both of which have failed to match the cracking pace set by EVs.

As one of the linchpins of the EV industry, battery technology has been the focus of sustained innovation. Initiatives to develop low- cost, fast charging battery technologies that support long range use looked set to yield promising results. In 2017, car manufacturers targeted higher battery capacities of over 60 kWh that increased the range of an EV up to 200 miles on a single charge.

In the meantime, riding on the back of claims that they are safer and have over double the energy density of lithium ion batteries, solid state batteries have emerged as potential game changers for future battery chemistries. Leading car manufacturers including BMW and Toyota have already begun developing solid state batteries for their i-series and Lexus models.

At the same time, the cost of lithium ion batteries has been steadily dropping. Prices fell below $200 KWH for a battery pack. Frost & Sullivan research indicates that this will push sales of luxury EVs as falling battery costs will help luxury EVs achieve overall cost parity with their fossil fuel powered internal combustion engine (ICE) counterparts. Lithium ion battery manufacturers will, however, need to look sharp as start-ups and newer entrants get a head start in the battery technology race through the strategy of integrating technologies from other industry verticals, such as mobile phone technology.

The EV charging infrastructure challenge has not yet been adequately addressed and there is still a need for more charging stations. There are currently over 90,000 public charging stations globally which are poised to expand to over 120,000 in 2018. However, charging stations typically tend to be clustered around areas where EV sales are the highest. This is on the verge of transforming.

The issue as we see it though it not just about adding more charging stations. It’s also about developing charging technology. So, what’s next for this piece of the EV puzzle? We believe that ultra-fast charging and inductive charging will be the next wave. Several premium car manufacturers including Audi, BMW, Daimler, and Porsche have stated their objective to introduce 250kW ultra-fast charging systems as they bid to compete with Tesla’s proprietary super-charging system.

The past year has been marked by a flurry of announcements from major auto makers about their plans for the EV market. Should these plans fructify, it represents a mouthwatering potential of 400 models and estimated global sales of 25 million by 2025.

Consider this. Porsche aims at making 50% of its cars electric by 2023. JLR has announced it will shift entirely towards electric and hybrid vehicles by 2020. General Motors, Toyota and Volvo have all declared a target of 1 million in EV sales by 2025. By 2030, Aston Martin expects that EVs will account for 25% of its sales, with the rest of its line up comprising hybrids. By 2025, BMW has stated it will offer 25 electrified vehicles, of which 12 will be fully electric. The Renault Nissan & Mitsubishi alliance intends to offer 12 new EVs by 2022.

The Chinese Juggernaut Rolls On

EV sales across all major regional markets are on the upswing. In 2017, China led the market with just short of 50% market share, followed by Europe with 26%. In terms of EV sales by country, China was once again the leader of the pack with over 600,000 unit sales, far head of the US which racked up 200,000.

China will, we believe, retain its position as the biggest market for EVs for at least the next 5 to 7 years. Recognising this reality, global EV manufacturers have been targeting China for partnership opportunities to grab a slice of this very lucrative pie.

Exploring new markets, expanding product portfolios, and introducing new business models will be among the key enablers of market growth. Adopting a common standard for EV charging, leveraging incentives and subsidies and deepening collaboration between car manufacturers and suppliers to promote technology development and economies of scale will provide a platform on which the global EV market can build its future.

“This article was originally published on forbes.com“