Globally, there is a strong positive outlook in the development of aerospace clusters focusing on both manufacturing, and maintenance, repair, and overhaul (MRO) activities. Some of the key success factors for aerospace clusters have been listed below. Offsets and partnership programs were effectively used by various countries to stimulate aerospace manufacturing and MRO growth in […] 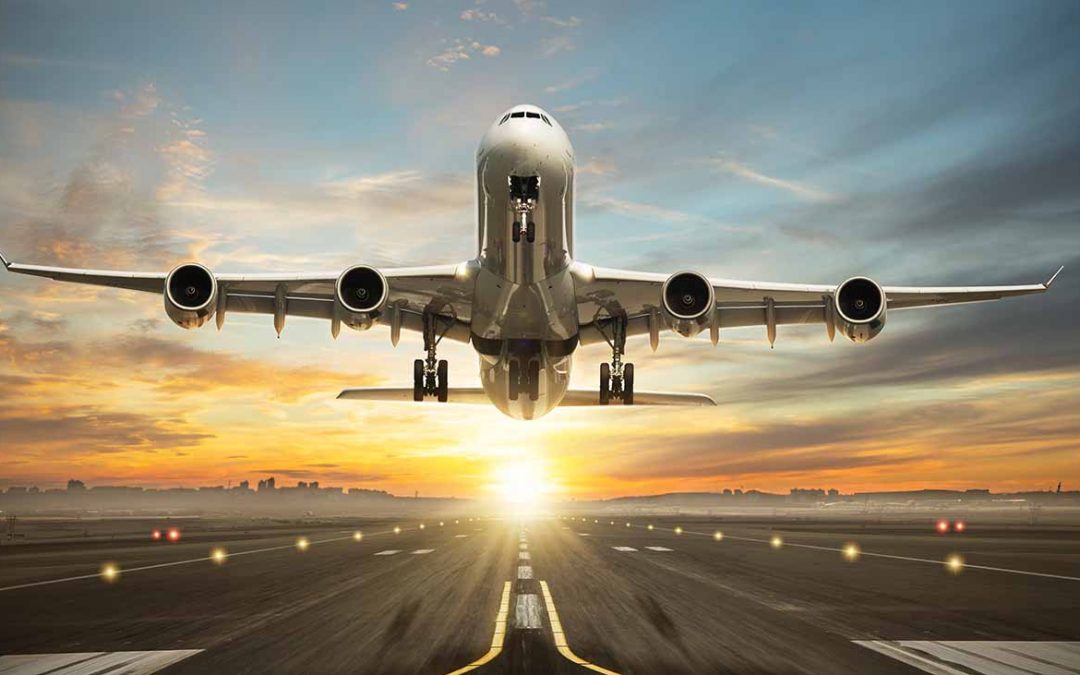 Globally, there is a strong positive outlook in the development of aerospace clusters focusing on both manufacturing, and maintenance, repair, and overhaul (MRO) activities. Some of the key success factors for aerospace clusters have been listed below.

The impact of governments and regulatory policies on aerospace industry developments is difficult to assess because of the absence of counter-factuals—in other words, it is difficult to gauge what would have happened if government initiatives and policies were not in place. Nevertheless, the focus of this white paper is to understand the various support initiatives taken by governments for aerospace industry development in key ASEAN countries, namely, Singapore, Malaysia, the Philippines, and Thailand.

The exhibit below depicts the aerospace trade scenario and the total trade value among key ASEAN nations. Singapore is considerably larger and is far ahead compared to Malaysia, the Philippines, and Thailand in terms of overall aerospace trade value; this is a result of the extensive government support provided for aerospace industry development in the country.

Government Initiatives and Support in Singapore

Since 1991, the Singapore government has focused on promoting and establishing Singapore as a “total business centre” and developing high-tech and high value-added manufacturing and related services as twin engines of growth.

Strategies were focused on various factors, such as diversifying among and within industry clusters for a balanced and robust mix of industries and markets; building world-class capabilities and global coverage; promoting innovation; developing local talent and attracting foreign talent; and creating a business-friendly environment and world-class infrastructure. Between 1991 and 1998, the government through the economic development board (EDB) , which is the implementing agency, started to focus on specialisation initiatives through the following initiatives.

The national technology plan, human resource plan, and innovation programme contributed to a significant level of aerospace R&D. This in turn, allowed in major aerospace companies such as Boeing, Thales, Rolls-Royce, GE, and ST Aerospace to set up R&D facilities in Singapore.

Singapore has a stronger focus on R&D expenditure subsidies as well as training subsidies compared to other countries; it also extends substantial income tax and investment tax allowances, such as a 100% tax reduction up to 15 years for “pioneer status” companies. The Singaporean government puts greater emphasis on human capital development and provides subsidies for education and training. Various government initiatives include aviation scholarships, subsidized education for Singaporeans, manpower development programs, and encouraging industry interaction with institutes through special programs such as A* STAR.

The Economic Development Board (EDB), which facilitates companies both local and foreign in terms of investments and trade-related activities, is responsible for providing incentives, subsidies and grants to companies investing in Singapore. The EDB’s services include assisting companies with investments and trade-related business matching, finding the right suppliers/partners for foreign companies, and finding the right investment opportunities for local companies outside Singapore.

Government Initiatives and Support in Malaysia

The Malaysian government aims to achieve aerospace industry growth by investing in aerospace training and development and attracting foreign companies to facilitate technology transfers. The eventual outcome of this strategy and related goals would be for Malaysia to establish itself as a high-value, R&D-focused aerospace participant in the global market.

In 2015, the Malaysian government launched its second Aerospace Industry Blueprint 2030, which outlines the country’s plans to be the number-one aerospace nation in Southeast Asia and be an integral part of the global market.

The government has developed the following strategies to develop the aerospace industry and achieve the targets set in its industry blueprint 2030; it aims to:

For the purpose of implementing and coordinating all these initiatives, the National Aerospace Industry Coordination Office (NAICO) was established as the main coordinating body.

MIDA also provides tailored packages to companies in aerospace industries based on their needs, which involve companies submitting a selection of desired grants and tax incentives to MIDA.

Government Initiatives and Support in the Philippines

The updated Investment Priority Plan (IPP) includes all qualified manufacturing activities of industrial goods, machinery, and equipment including parts and components and MRO services for aircraft under strategic services.

As a part of the country’s aerospace roadmap, government-initiated training programs will be implemented to support Philippine companies in the preparation and implementation of an Aerospace Quality Management System (AQMS) aligned with AS9100 requirements. The Board of Investments (BOI) is responsible to provide training that will assist companies in implementing aerospace quality management systems, which is expected to lead to AS9100 certification.

Under the collaborative project between the Department of Trade and Industry, the Metal Industry Research and Development Center (MIRDC) of the Department of Science and Technology, and the Aerospace Industries Association of the Philippines (AIAP), BOI will provide funding as well as coordinative and administrative support for the implementation of the program, while MIRDC will implement the program, and AIAP will assist in the pre-screening and selection of prospective participating companies in capability-building training activities.

The Manufacturing Resurgence Program under the DoT aims to rebuild the capacity of existing industries as well as maintain their market competitiveness. The program does not specify the aerospace industry, but includes all existing industries in the Philippines. One of the pillars of the program is investment in skills/education as well as in innovation and R&D.

To encourage skills development among the country’s human resources, the government established the Technical Education and Skills Development Authority (TESDA). TESDA collaborated with city government of Baguio and Moog Controls Corporation Inc. (MCC) to help the Regional Training Center in Cordilliera Administrative Region (CAR) towards training and educating trainees to produce aviation and industrial parts. In collaboration with the aviation company, Aerotechnik Services, and the Mechatronics Robotics Society of the Philippines (MRSP) it also introduced a technical vocational course with scholarships in aircraft maintenance. The ATM (Aerotechnik TESDA MRSP) Aircraft Training Center was specifically established for conducting skills training in aircraft maintenance.

BOI Philippines has included aerospace parts and manufacturing under its list of priority areas of investment; it has also provided income tax holidays and duty exemptions on imported equipment spare parts and machinery. Other incentives include non-tax incentives as well as special economic zone incentives under which it simplified procedures on imported equipment (spare parts, suppliers, raw materials) and provided additional exemptions on income tax, import tax on machinery, equipment supplies, and export tax, as well as deductions on training and labor expenses.

Government Initiatives and Support in Thailand

The Thai government has identified the aviation industry as a key driver for the country’s economic growth and has included aerospace in its new s-curve industry development policy. The Ministry of Transportation has approved a new 15-year aviation industry development plan, which establishes regulatory frameworks and offers incentives that will support the growth of aircraft maintenance and spare parts production in Thailand. Through the Board of Investments, the government has introduced various tax and non–tax incentives towards the manufacturing and repair of aircraft and aircraft components.

Incentives offered by the Thailand government include both tax and non-tax incentives. Most incentives are tax-based and include import duty exemption, corporate income tax exemption, double deductions on utility expenses, and deductions on infrastructure cost for specific activities in aerospace, which includes the manufacturing and repair of aircraft parts, manufacture of aerospace devices and equipment, and repair of on-board devices and vocational training institutes. It also provides tax holidays for R&D projects and new technologies. Non-tax incentives provided by the BOI include land ownership rights, permits to employ foreigners, no export entry, and work visa facilitation. Under the National Competitiveness Enhancement Act, the Thai government provides subsidies towards enhancing competitiveness, with government seed money of $285 million to companies from targeted industries, such as advanced manufacturing, as well as to companies using new technologies; or advanced production methods such as nanotechnology; advanced materials such as composite materials; or investment projects engaged in R&D and human resource development. Thailand also has a dedicated civil aviation training center to supply qualified aerospace manpower. In addition, the Thai government is establishing a specialized aerospace industrial estate at U-Tapao-Pattaya International Airport to make Thailand a regional MRO hub.

The governments of key ASEAN nations consider the aerospace sector as a priority area of development and have enhanced support through various initiatives and incentives to attract investors.

Initiatives that provide funding support, capability and skill development programs, and income tax and duty-free exemptions are commonly observed across all the key ASEAN countries. However, Singapore has been more proactive with other forms of support such as signing bilateral agreements with the Federal Aviation Administration (FAA), and subsidising R&D and training expenditure. Malaysia and Singapore have also developed co-investment programs to partner with foreign MNCs. The Philippines has simplified procedures on imported equipment and introduced technical vocational courses with scholarship in aircraft maintenance in collaboration with aviation companies.

Overall, the role of Singapore’s government in the development of the aerospace industry is significant and clearly evident in the various initiatives it has taken; Malaysia and the Philippines are also not far behind when it comes to the government initiatives. However, the extent of government support provided in Thailand is minimal in comparison to other regions.