Impact of the Economy on the Peruvian Automotive Market

Peru has been showing strong economic growth during the last 5 years and is set to be one of Latin America’s top participants for the automotive industry. This has happened mainly due to the open market strategy of Peru which has been establishing new free trade agreements (FTAs) with Asian countries, Association of Southeast Asian […] 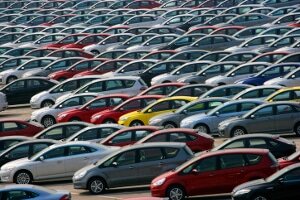 Peru has been showing strong economic growth during the last 5 years and is set to be one of Latin America’s top participants for the automotive industry. This has happened mainly due to the open market strategy of Peru which has been establishing new free trade agreements (FTAs) with Asian countries, Association of Southeast Asian Nations (ASEAN), and North America. However, the Peruvian economy, being highly dependent on mining (copper) and energy (petrol), is highly correlated to the commodities prices. The economic sectors in Peru have been experiencing a slowdown; however, in 2015, the mining sector performed well boosting the economy. The non-extractive economic sectors are still at a standstill as a result of weak domestic demand and continued Peruvian Sol (PEN) depreciation against the US dollar, with the consequent rise in costs of imported products.

Automotive sales have been showing a slowdown in 2014 and 2015, but the industry is expected to experience a recovery by the second half of 2016. Among the key reasons for the automotive industry’s downturn during the last 2 years was the domestic currency devaluation against the US dollar, as Peru is a net importer of vehicles, as well as a decrease in automotive financing as bank credits and automotive loans are tied to the dollar price.

In 2015, all the automotive segments experienced decrease in sales except for the luxury cars segment which showed 1% growth compared to 2014. This indicates the price sensitivity of the growing middle class, the main end-user segment of the entry level vehicles in Peru; the luxury vehicles are acquired by a section of the population which is less impacted by economic downturns, making the luxury segment a highly inelastic one.

A deeper look into the industry shows that the country has over 115 different brands in the passenger and commercial vehicles segments. Among the key participants are Toyota, Hyundai, Kia, Nissan, and Chevrolet. Asian original equipment manufacturers (OEMs) have a high penetration in the Peruvian automotive industry mainly due to competitive prices and FTAs signed by Peru with different Asian and ASEAN countries. The presence of sea ports and container terminals makes it convenient to receive imported vehicles in Peru which does not have any assembly plants yet.

Imported Vehicles in Peru by Origin, 2015

During the last 3 years, SUV sales have been experiencing a healthy growth and this segment has been replacing station wagons among family car preferences. In 2015, SUV penetration reached 23.7%, making Peru along with Chile one of the most important markets for SUVs in Latin America. Frost & Sullivan estimates that SUV sales will have a 4.1% CAGR from 2015 to 2022, driven by growing middle classes, an expanding economy, and the Peruvian topography that demands this type of vehicles due to their versatility and convenience.

Luxury cars is another important segment for the Peruvian market and Frost & Sullivan expects this segment to experience high growth in the coming years, driven by a growing economy, investment in road infrastructure, and growing upper classes in Lima. This segment is expected to experience a 6.4% CAGR from 2015 to 2022.

In 2016, the automotive industry will continue to show a slight decline which will be about 2.3%, mainly attributed to a slow economic recovery. The revival will be driven by the mining industry but will be slowed down by domestic currency devaluation and slow or no growth of non-extractive sectors such as construction and manufacturing, as well as domestic consumption and services.

For the medium term, Frost & Sullivan forecasts moderate growth in the industry owing to the growing middle classes, important projected investments in the country, open economy policies, a low vehicle penetration ratio (only 9% of Peruvian homes possess a car) giving plenty of opportunities for growth, and the introduction of innovative financing products such as car leasing and special bank loans for vehicle acquisition that currently represent only 20% of the market, while cash payments dominate the market.