Impact of Manufacturing Excellence on Make in India

During the past two decades, the Indian economy has witnessed a transformation to emerge as one of the fastest growing economies in the world. Economic reforms unveiled in 1991 have brought about a structural shift enabling the private sector to assume a much larger role. GDP growth has largely been enabled by growth of the […] 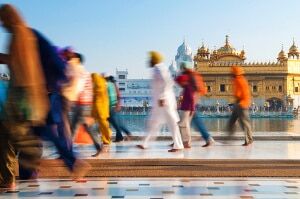 During the past two decades, the Indian economy has witnessed a transformation to emerge as one of the fastest growing economies in the world. Economic reforms unveiled in 1991 have brought about a structural shift enabling the private sector to assume a much larger role. GDP growth has largely been enabled by growth of the services sector. The worry is that India’s manufacturing sector has stagnated at about 16 percent of GDP, with India’s share in global manufacturing at only 1.8 percent. This is in stark contrast to the experience of other Asian nations at similar stages of economic development, particularly China where manufacturing constitutes 34 percent of GDP and 13.7 percent of world manufacturing — up from 2.9 percent in 1991.

During the last few months, the Indian economy has been witnessing positive sentiments. The macroeconomic indicators have also displayed an encouraging trend in the recent times. Even though the situation of manufacturing sector in India is a cause for concern, the industrial growth scenario has improved in 2015 as compared to the previous fiscal. The recent measures undertaken by the new government in terms of facilitation to industrial sector, creation of conducive environment for the manufacturing activities, focusing on improving industrial policies and procedures, and reforming labor laws have facilitated recovery in industrial sector.

Make in India is an ambitious initiative launched by the Government of India in September 2014 with a mission to transform India into a global design and manufacturing hub. India aims to become the top destination for FDI in the world. The initiative plans to increase the contribution of manufacturing to India’s GDP to 25% from current 15% and also generate employment. India aims to increase its competitiveness compared to China which is seen as a more favorable destination for manufacturing. India believes it has a lot of untapped potential in terms of human resource and infrastructure development which, when properly utilized, will propel India into an industrial hub.

The Make in India functions and operatives at different levels. The government has identified 25 priority sectors that shall be promoted. These industries are identified based on their size and potential growth. The government aims to increase employment and FDI in these industries. In most economic activities in the identified sectors, 100% FDI will be allowed. The business process will be made easier from setting up through production, distribution, and sales. Extended licenses, self-certifications, and reduced compliance requirements will be provided as incentives to encourage production. This will improve the ease of doing business in India. The manufacturing infrastructure and capacity will be developed in large scale to facilitate manufacturers to function efficiently. Five industrial corridors have been identified across the country which will provide a framework of manufacturing and logistics network. The government will continue to provide necessary support and concessions required over a period of time until its vision to convert India into a manufacturing hub and the top FDI destination becomes a reality.

Nevertheless, challenges exist in the form of automation of production process affecting employment, difficulty in replicating China’s model, and unifying the objectives of various stakeholders. The government is aware that the initiative and its objectives are not easy tasks, requiring sustained inputs, promotions and managements, and providing the investors with ample space for market development. This can be achieved only through coherent strategy, efficient marketing, and proper investment.