Having chalked up lacklustre growth in 2019,  global electric vehicle sales registered a sharp surge (+35% YoY) in 2020, defying the pandemic, ensuing containment measures and supply disruptions. In sharp contrast to the plummeting sales of conventional ICE vehicles, down by 14%, global EV sales volumes were estimated at nearly 3.1 million units in 2020. EVs represented nearly a tenth of total vehicle sales in Europe in 2020. 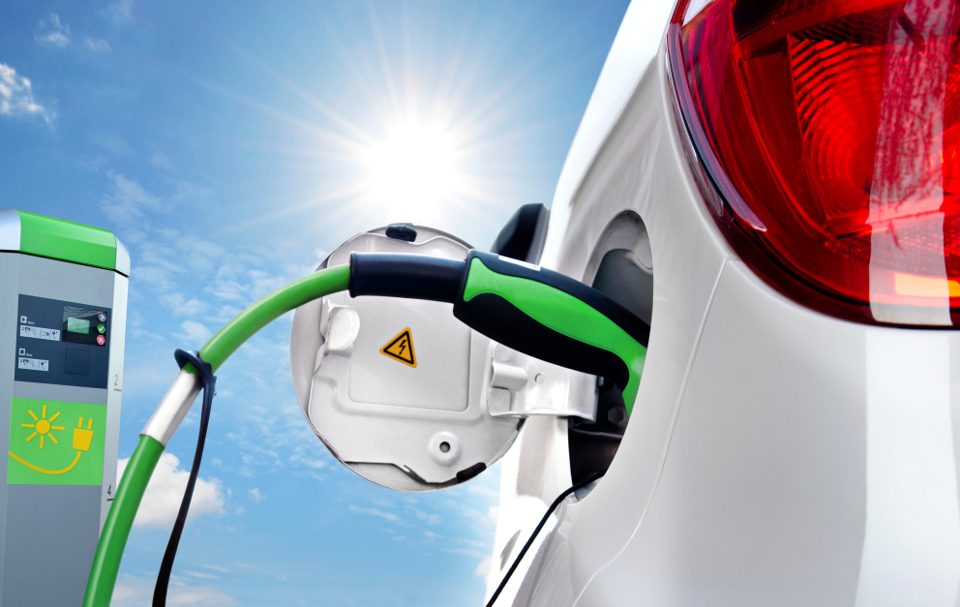 EVs: A Dramatic Rise despite the Pandemic

Among a multitude of factors, government grants and incentives for zero-emission vehicles or EVs, especially in Europe, coupled with increasingly stringent regulations and legislations pertaining to CO2 emissions, competitive product offerings, continue to underpin the rise in EV sales.

As demand gathers momentum and several global-scale battery facilities come online, the production costs and hence the average battery price are expected to register further declines, thereby inching closer to the coveted tipping point of US$ 100/KWh (where the price gap between ICE vehicles and EVs disappears).

Accordingly, the quest toward packing in high energy densities to facilitate maximum possible driving ranges, while focusing on pushing the overall battery costs downward, continues to be the key factor driving development, adoption, and wide-scale use of specific battery materials.

The subsequent sections highlight the key trends that are expected to shape the demand for specific Li-ion battery materials over the remainder of the decade.

Cathode materials make up 30% to 45% of the overall battery materials cost, depending on the type of composition under consideration. The need for longer-range EVs and decoupling battery costs from the ever-volatile cobalt prices have been prompting manufacturers to increasingly shift toward higher-nickel compositions.

With rapid advancements in cell chemistry and ever-agile supply, especially in China, NCM-based cathodes are expected to remain the mainstay in the global market over the mid-term. Furthermore, to improve energy density and raw material supply security, NCM-based Li-ion battery manufacturers (in collaboration with OEMs and cathode material suppliers) have been developing advanced battery chemistries composed of fewer proportions of cobalt and higher quantities of the relatively more abundant nickel. Thus, there is a swift shift from NCM 1-1-1 (comprising one part each of nickel, cobalt, and manganese) toward NCM 5-3-2, NCM 6-2-2, and NCM 8-1-1.

However, it is important to note that such a move away from cobalt and toward nickel-rich cathodes also entails a shift in demand toward higher-purity lithium, higher-quality electrolytes, and the replacement of lithium carbonate with lithium hydroxide.

While there have been rapid shifts in cathode chemistries, graphite continues to be the material of choice for Li-ion battery anodes. While silicon anodes and lithium metal-based anodes are being developed as promising alternatives to graphite anodes, graphite continues to be the single largest component in prevailing batteries, owing to its consistency, lower electrochemical reactivity, and structural stability.

Furthermore, within the graphite space, synthetic graphite is increasingly becoming the material of choice, especially for EV batteries, owing to its higher purity and stability than natural graphite.

While pure-silicon anodes are not expected to be commercialized in the near term, especially for EV applications, the incorporation of a small portion of silicon-based alternatives in the anode composition is expected to gather momentum over the next five years.

While conventional formulation ensures electrochemical stability and high ionic conductivity and guards the aluminum current collector against corrosion, the use of high-voltage cathode materials to enhance the energy density of the battery results in the rapid degradation of conventional organic solvents-based electrolytes. This, in turn, significantly reduces the battery cell life. Accordingly, additives that enhance the safety and performance and improve electrolyte properties are increasingly being used in conjunction with organic solvents and lithium salts.

Separators play a vital role in ensuring efficient performance and safety in a Li-ion battery. Separators prevent short-circuits (and subsequent fire hazards) in advanced Li-ion batteries, characterized by increasingly high energy densities. While these components effectively prevent direct contact between cathode and the anode, they continue to allow the transport of ions through pores on the substrate.

The ever-increasing energy densities in batteries and the swift move toward low-cobalt-containing cathode chemistries necessitate battery separators to play an all-the-more important role in ensuring safety and optimum cell performance. Furthermore, as against dry separators that dominated the market in the past, wet technology-based separators are expected to continue witnessing increasing preference, owing to several advantages such as the ability to be manufactured as thinner separators, with uniform distribution of pores and higher safety and stability.

Binders or binding compounds are polymeric materials that bind the active materials to each other and to the conducting compounds/additives as well as the collector plates, thereby ensuring the integrity (and life-span) of the electrode throughout the battery life cycle.

Binders account for a mere 2% to 3% of overall battery mass. While a variety of materials such as PVP, PTFE, PVA, PAA, have been (and are being) developed, two of the most well-established materials for electrode binders continue to be PVDF-NMP and SBR/CMC.

The segment continues to be characterised by developments focusing primarily towards addressing the need for a solvent-free, environment-friendly, process based on aqueous slurries as against conventionally used organic solvent (NMP) based binders in case of cathodes. Whereas the development of solutions for anodes composed of silicon-composites along with graphite are expected to offer sizeable growth opportunities.

Also, in the wake of growing sustainability concerns as well as the need for cost-effective alternatives, there is a growing focus on developing solutions for serviceable battery packs wherein the packs can be repaired and resealed without causing a surface failure. Furthermore, tightening thermal management-related regulations are expected to drive the demand for thermal interface gap-filling adhesives.

Frost & Sullivan’s study on Li-ion Battery Materials quantifies the consumption of key materials for lithium-ion batteries, focuses on gauging the level of impact that the market developments such as advancements in battery chemistries and technologies, upsurge in electric vehicle sales, evolving regulatory scenario, and the increasing shift in consumer preferences towards electric vehicles are expected to have on the demand for individual materials over the seven-year period, 2020-2027.