Opportunity Analysis for Sensors in Power Generation and Smart Grids

Demand for electricity is rising in most countries and this trend is likely to continue unabated. Conventional forms of power generation, such as coal, oil, gas, and other fossil fuel-based generation sources are becoming less favored compared to pollution-free and renewable power sources such as solar, wind, and geothermal. Despite the widespread use of conventional […] 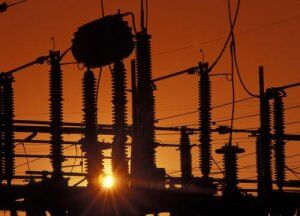 Demand for electricity is rising in most countries and this trend is likely to continue unabated. Conventional forms of power generation, such as coal, oil, gas, and other fossil fuel-based generation sources are becoming less favored compared to pollution-free and renewable power sources such as solar, wind, and geothermal. Despite the widespread use of conventional energy sources, there are many challenges related their generation and transmission. For example, most conventional power generation units are aging and are, consequently, operating at lower than installed capacities.

Unlike the backup power solutions normally associated with distributed generation, new technologies offer base load power solutions that can operate throughout the year and can significantly reduce the dependence on the power grid. For example, fuel cells, wind turbines, and solar panels offer clean and efficient power to end users. However, only stationary fuel cells and fossil fuel-based generation technologies offer 24/7 distributed power to customers.

Why Sensors are Enablers

The largest alternative power sources, wind and solar, are spread across large physical areas. Therefore, sensors are used to help in remote monitoring and enable the interoperability and integration of devices, which improves energy efficiency. Some of the additional benefits of sensors are given below:

Emissions from conventional power plants include large amounts of carbon dioxide, nitrogen, sulfur oxides, and other hazardous particles. However, the tolerance for pollutants and the emission of particulate matters from power generation equipment is declining. Thus, strict regulations have been put in place to ensure zero emissions as a part of strict pollution control measures. Sensors can help address several of these key issues.

This problem cannot be fully resolved unless there is a gradual shift to clean power generation sources and a restriction on some forms of generation, such as coal. In the interim, sensors are used to monitor effluent levels including mercury. One of the proposed technologies to control mercury involves the addition of activated carbon to the flue gas. The activated carbon would be collected with fly ash via electrostatic precipitators or fabric filters. Hence, a 70% reduction of mercury levels in coal-fired power plants from 48 tons to 15 tons per year could be achieved.

Sensors enable the development of novel, high-volume utilization technologies for fly ash that contain high concentrations of either unburned or activated carbon from mercury control technologies. Various sensor solutions can be used to recover fly ash such as an electrostatic precipitator (ESP). This involves running gas through an electrostatic high-voltage grid. In the process, fly ash particulates in the gas become charged and adhere to collecting electrodes. Then, the fly ash is shaken off the collecting electrodes into the collection hopper for removal.

Another sensor technology is RF admittance switches which provide a proven solution to measure and monitor fly ash. There are no regulatory requirements or source disposal problems as with nuclear gauges. RF switches can also be remotely mounted.

Approximately, 21 gallons of water are required for each kilowatt hour (kWh) of power produced. Hence, thermoelectric power production uses billions of gallons of water per day. The largest single-use of water is to cool the low-pressure steam from the turbine. Sensors help reduce the water use for cooling and improve cooling water intake structures. They enable improvements in wet or dry (air cooled) cooling towers. Overall, sensors can help reduce the amount of water used in power generation.

With regulations in place, more units are anticipated to be equipped with flue gas desulfurization (FGD) technology. Gas sensors are used to detect sulfur dioxide (SO2) and nitrogen oxide (NO) emissions from power plants.

Millions of dollars are ploughed into the research and development of new and innovative sensors used in power generation, transmission, and smart grids for diverse applications. A few of these sensors and their applications are listed below:

Sensors play a vital role in both power generation and transmission to form smart grids. Sensors enable intelligence, efficiency, and safety for all power generation sources. Thus, newer sensor technologies and intelligent sensor products are needed to meet efficiency targets and solve other energy issues. Hence, sensor developers will benefit for a long time from the energy industry. However, innovation is the key to success for technology developers.

Power companies focus on increasing generation by exceeding rated capacity. Making the transmission grid smarter by using sensors at various levels in the power network ensures quick power flow, its optimum consumption, and increased earnings. Power companies’ future focus is to ensure two-way power flow, efficient line ratings, and achieve power balance in the grid. Power travels at a high voltage at the bulk transmission stage and sensors help to plug losses in transmission and ensure the safety of transmission. In addition, many interest groups want the equitable distribution of power at affordable prices. Hence, avoiding mishaps and ensuring an equitable power supply will propel the wide use of sensors in grids.

Sensors play a vital role in monitoring and controlling environmental safety in power generation based on coal, oil, or nuclear fuels. Radiation detection sensors have been effective in ensuring safety by monitoring radiation around nuclear power plants and perpetuating corrective measures to avoid any mishaps. Likewise, sensors play a key role in monitoring effluents such as carbon and sulfur in coal- and oil-based power generation plants.

Furthermore, regulators are the implementation and monitoring arm of policy makers. The implementation of regulations indirectly determines sensor deployments, high efficiency, and increased revenue for all in the value chain. Sensor deployments within power generation for diverse applications improve turbine efficiency, facilitate both machine and environmental safety, and restrict power losses in transmission. Continuous research is leading to the development of new and combined sensors for different applications in power plants based on diverse generation sources. Sensors are gradually becoming predictive in nature, which is likely to ensure accident-free, pollution-free, and highly efficient and clean power generating plants.