An Overview of the Bottled Water Market in Japan

Bottled water made its entry into the Japanese market in the 1970s primarily as a niche product for the rich and business consumers. Despite initial resistance to adoption, various events and consumer trends have created a public perception of bottled water as a superior choice to tap water. The bottled water segment in Japan offers […] 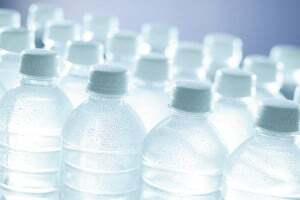 Bottled water made its entry into the Japanese market in the 1970s primarily as a niche product for the rich and business consumers. Despite initial resistance to adoption, various events and consumer trends have created a public perception of bottled water as a superior choice to tap water. The bottled water segment in Japan offers several choices including mineral water, spring water, flavored water, and functional water. Despite the wide range of choices, the volume-based sale of mineral water is much higher than all other segments. Hence, this market insight is largely about the mineral water market, which is representative of the performance and market trends of the overall bottled water market.

The main drivers of the Japanese bottled water market are shifting consumer trends, concerns about the quality of tap and treated water, and the reliability of bottled water. Growth in the sector has taken place primarily as a result of events that significantly influenced public opinion.

Japanese consumers have shown susceptibility to media projections of the market, and are very sensitive to events and information that affect their wellbeing. A national health awareness survey indicated that 81% of respondents listed their most used health-information source as “Radio/TV” and nearly 90% believed that the public is easily influenced by new health views. For example, this tendency resulted in major market shakeups during the 1990 tap water scandal, 1995 imported bottled water contamination issue, and the 2011 earthquake and nuclear disaster when media reports on isolated water contamination incidents resulted in panic-buying. Additionally, Japan being one of the countries most affected by natural disasters, Japanese consumers favor the reliability and security of bottled water. Events such as the severe summers of 2005-2006 and the 2011 earthquake increased per capita consumption by about 25% on each occasion. Interestingly, these episodic changes were not temporary, as consumers that switched to bottled water from other sources continued consumption due to the better taste, safety, and reliability.

Lifestyle and product trends are also drivers of the bottled water market. The market’s first major growth phase in the 1990s was a result of increasing interest in the health and beauty benefits of bottled water. More recently, consumer movement toward “gourmet” foods and products are fueling growth in the bottled water sector which is seen as a healthier, tastier, and safer choice than both tap water and bottled beverages. The health and wellness trends are expected to grow at a modest 1% YoY and will, at the very least, keep the market buoyant.

Bottled water is seen as resource and pollution-intensive product by some sections of the population. Therefore, the major market deterrents are resistance to bottled water due to economic, environmental, and religious reasons, and the availability of convenient and low-cost alternatives. Japan’s economy has been shrinking since 2012 and its annual GDP growth currently stands at -0.1% for the 5 year period from 2011 to 2015. The economic environment has resulted in cautious spending among existing and new bottled water consumers. Consumers are looking for low-cost domestic products or are turning away from bottled water completely. Alternatives to bottled water including water supply through home delivery services, self-service refilling stations, and in-home purifications systems have also seen increased use in the last 5 years. Apart from these reasons, water is seen as a gift from nature according to Japanese religious tradition and people are unwilling to pay for it.

The Japanese bottled water market has seen measureable growth only in the last 20 years, and still has room to grow. The per capita consumption in Japan was a mere 19.8 litres in 2010 compared to the more than 100 litres in other developed nations such as the United States, Germany, France, and Italy.

The market outlook is promising with 2014 seeing record consumption to the tune of 3,216,000 litres of bottled water. The imports volume has decreased in the last 5 years and currently supplies about 10% of the annual demand compared to about 25%, 10 years ago. This decrease is the result of the dull economic environment and the perceived over-dependence on imports during crisis periods in 2006 and 2011, which has resulted in capacity building among domestic producers. Domestic producers have registered an increase of nearly 60% in production capacity since 2006. Major domestic producers are Suntory and Kirin, while major imported products are from Evian (France), Contrex (France) and Crystal Geyser (the United States). The mineral water trends in Japan in the last decade are shown in Figure 1.

The bottled water sector has historically been stagnant in the absence of external stimulus driving consumption and is therefore expected to grow at a modest 1-2% annually. In order to promote growth in the dull economic environment, sector leaders are currently making efforts to strike a balance between the price and desirability of products. Recognized international brands and domestic products with desirable water source such as the Minami-Alps and Mt. Fuji are preferred by Japanese consumers, but the price point of these products is often mentioned as the primary deterrent. As a solution, major international brands Danone and Nestle have setup production, distribution, and marketing agreements with domestic producers Kirin and Suntory respectively, with aims of cutting costs and boosting sales. These jointly marketed products will have prominently displayed logos and unique brand names. Other thrust areas aimed at increasing consumption include distinguishing taste of water through mineral addition, and innovation in packaging. Evian’s long-running Japan-only program with conveniently sized bottles (330 ml, 500 ml, and 750 ml), special bottle designs, and manganese-added water for a distinct bitter taste have been well-received. The ability of other producers to keep pace with industry leaders in terms of innovation and marketing will determine their survival and the overall growth rate of the sector.