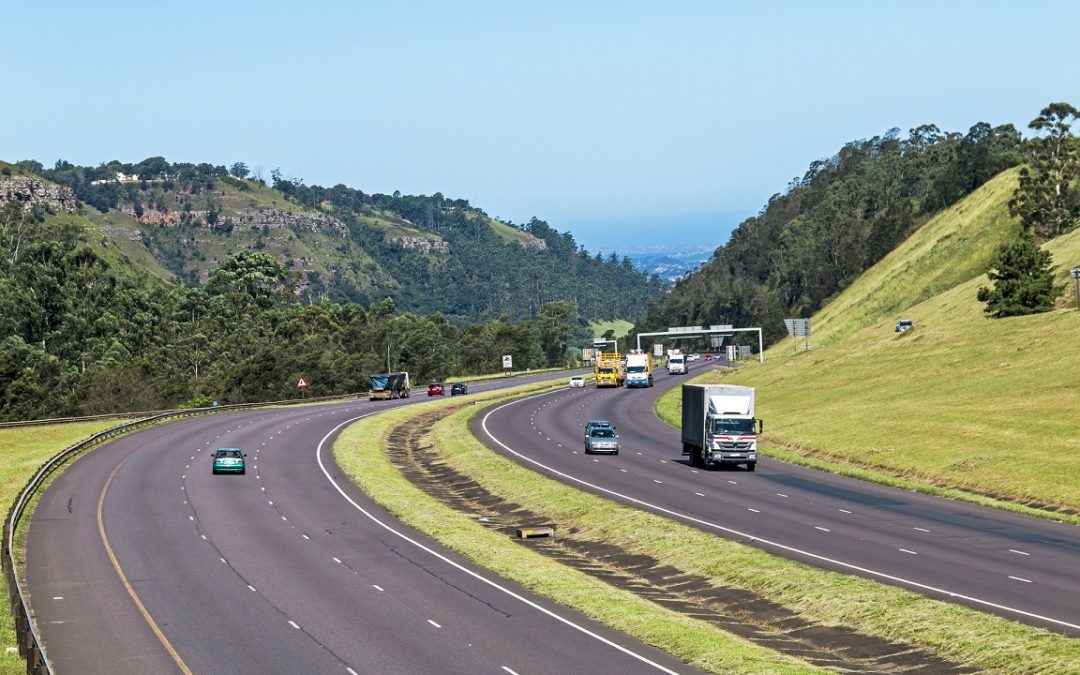 South Africa’s road network is the largest and longest interconnected road network in sub-Saharan Africa covering approximately 750,811km of roads. Naturally, such a large network needs to be governed by multiple governmental bodies at different levels that are responsible for maintaining, repairing, and building new road infrastructure. While the South African National Roads Agency (SANRAL) is responsible for all major highways, regional departments oversee provincial as well as regional routes while local municipalities oversee smaller urban roads that connect national and regional roads to the major network.

Most of the provincial road funding comes from the national budget in the form of the provincial road maintenance grant (PRMG). The fund is split unequally between provinces, where funds are allocated based on average road conditions and the extent of the provincial road network. As with all other industries, Covid-19 also affected the road construction industry, causing delays of tender awards as well as cancellation of major projects such as the planned upgrading of the Cape Town International Airport’s runway. Frost & Sullivan’s analysis found that the PRMG experienced a 15% cut in funding in response to the reshuffling of the national budget. This fund’s sole purpose is to supplement road maintenance.

The provincial road network condition has been on a steady decline since the early 90s due to several reasons, including curtailed funding allocations to roads and the shrinking project output by the public sector. According to Frost & Sullivan, more than half (54%) of the country’s unpaved road network is in poor to very poor condition, while about a third (30%) of the paved network is in poor to very poor condition. The Eastern Cape, Free State, Limpopo, Mpumalanga, and the North West in particular are struggling with the maintenance of their respective road networks.

Not only are both the paved and unpaved roads in danger of further degrading to poor condition, but there also exists a significant backlog of roads that require rehabilitation which is far above the available funding received by the provincial departments. With SANRAL leading the revival of the industry, it indirectly incentivizes, albeit at a slower rate and smaller size, regional departments to also publish tenders. These tenders, however, are focused mainly on the maintenance and upgrading of regional roads rather than construction: “We have quantified our backlogs as far as upgrades (surfacing) are concerned. The cost of our current backlogs, which are roads that are due for upgrades, is worth R23 billion. Indication of the amount of work that is still required,” said the Department of Transport, Eastern Cape.

Market participants see the national, provincial as well as municipal backlog as an opportunity rather than a downfall: “We also have the metros, for example, the eThekwini metro in Durban. They do a good job of maintaining their metro infrastructure and are fairly reliant when it comes to tenders,” said a regional market participant. If the current trend of tender awarding is to be carried through, demand for contractors at all levels will increase over the next 3-5 years.