Low Calorie Offerings Edging Out Sugary Staples Rising healthcare costs and an alarming rate of chronic illnesses have compelled consumers to be more cognizant of their wellbeing. Diabetes, heart diseases and stroke account for 3 of the 10 leading causes of deaths worldwide, and these ailments can all be linked to obesity and diet-induced metabolic […] 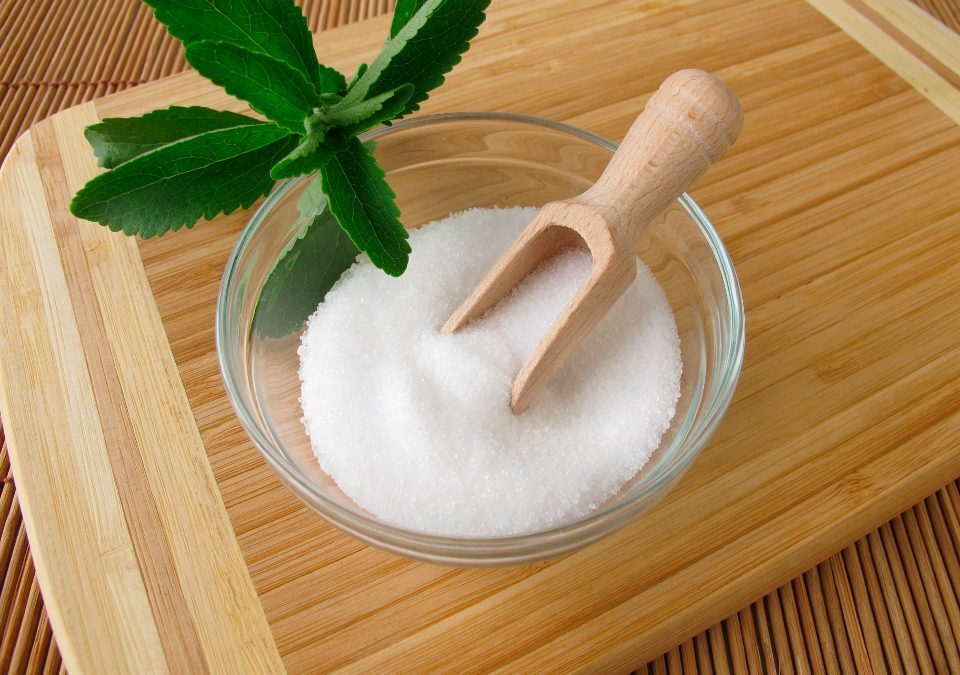 Rising healthcare costs and an alarming rate of chronic illnesses have compelled consumers to be more cognizant of their wellbeing. Diabetes, heart diseases and stroke account for 3 of the 10 leading causes of deaths worldwide, and these ailments can all be linked to obesity and diet-induced metabolic syndromes. Economically, obesity-related healthcare expenditures could balloon up to US $1.5 trillion by 2035 in the United States alone. Drastic changes are needed, specifically from treating and managing our illnesses, to taking proactive measures in preventing them from manifesting in the first place.

Sugar avoidance is one of the first steps taken by consumers in their effort to eat healthier. Accordingly, the industry has taken the steps to reduce sugar in their product offerings, or replace sugar with low calorie substitutes. In this article, we will discuss the sugar reduction trend and the increasing dominance of sugar alternatives such as stevia and allulose.

People view sugar as the most likely cause of weight gain, ranking it higher than fats and carbohydrates. A Food Insight Organization study reported that 51% of consumers would give up soft drinks as a way to reduce calories and manage their weight. The United Kingdom has issued a guideline that aims to cut sugar content in processed food by 20% by 2020, setting the stage to ultimately reduce excessive calorie consumption by 2024. Major food manufacturers have already begun reformulating their products. PepsiCo and The Coca-Cola Company have pledged to reduce sugar content in their beverages by 20-25% by 2025, whereas Hershey’s and Kellogg’s are placing restrictions on calorie content in their line of confectionary, bakery, and cereal products.

Axe it By Taxing it

Tax on sugary foods is also increasingly common as governments face burgeoning healthcare costs and advocates call for concrete actions to curb obesity rates. It is often called the soda or the soft drink tax, as these sugary beverages are the most visible targets. The UK, for example, instituted a tax on drinks that contain more than 5g of sugar per 100 ml beginning in April 2018. Following Philippines in January 2018, Malaysia is slated to be the second country in Southeast Asia to impose a sugar tax come July 2019, following a 3-month delay to allow manufacturers more time to prepare. Other countries in Asia Pacific are expected to follow suit. Many Pacific island nations including Fiji, Nauru and Samoa have already implemented this levy, some as early as 1984. These measures have contributed to the growth of sugar alternatives.

There are two types of sugar alternatives: low intensity sweeteners (LIS) such as allulose, tagatose, and xylitol; and high intensity sweeteners (HIS) such as stevia, saccharine, aspartame, and sucralose. Both LIS and HIS have negligible caloric burden but can be many times as sweet as sugar, allowing them to be marketed as diet, low calorie, or zero calorie products. From a physiological standpoint the sweeteners are metabolized differently than sugar, thus they would not cause elevated blood sugar levels. These sugar alternatives have long been used by diabetic patients, but are now the sweetener of choice among the growing class of calorie-conscious consumers.

HIS constitute the bulk of the market, most commonly used to replace sugar in beverages. However, apart from stevia, HIS market has slowed in recent years. In line with consumer’s demand for naturally sourced ingredients, the LIS sector as a whole has enjoyed positive growth as these tend to have plant origins. LIS such as allulose and tagatose are also preferred for bakery and confectionary applications due to their chemical similarities with sugar.

In 2017, the total sweetener market in North America alone is estimated to be worth approximately US$ 11 billion, with bulk sugars making up about 95% of this market and the remaining 5% belonging to sugar substitutes. Whilst sugar itself has been experiencing increasing negative public perception over the last few years, US consumption has actually increased over the last decade. This may be due to the reduction of high calorie beverages such as sodas but an increase in other indulgent sweet foods, which indicates an unmet need in the market.

The Clean Label Trend is Driving the Growth of Natural Sweeteners

With sugar falling out of the public’s favour, sugar alternatives have enjoyed a wave of popularity. Those with perceived natural origins such as stevia are especially preferred. The number of stevia-containing products jumped by 12% between 2016 and 2017, while those with aspartame declined by 11% in the same period. Aspartame has been linked to cancer and various health concerns, but these claims do not have a strong epidemiological basis and have since been discredited. Regardless, the fall of aspartame and other artificial sweeteners underlines the shift in consumer preference towards products with clean labels – natural, fresh, sustainable, and non-GMO. Although stevia itself is produced through a water extraction process, and has to be further refined before it is considered as a safe food additive, it is seen as natural and healthy as it is sourced from the Stevia rebaudiana leaves.

What’s in a Label? FDA Relaxes Labelling Regulation on Allulose

Allulose is created through the enzymatic conversion of plant based fructose. The result is a sugar alternative that has ~70% sweetness of sucrose with only ~10% of the calories . Additionally, metabolic studies on allulose have shown that allulose is metabolized differently in the body compared to other widely used sugars, with ~70 – 80% of allulose being eliminated in the urine and does not get used by the body . These studies have shown that allulose has fewer calories and its consumption results in a negligible increase in blood glucose and insulin levels, and does not promote dental decay.

As of April 2019, citing metabolic studies, The U.S. Food and Drug Administration (FDA) has for the first time allowed a sugar substitute to be excluded from the total added sugars in food labels. Whilst allulose will still be required to be included in the total carbohydrate declaration, it will have a lower calorie count of 0.4 calories per gram instead of the previous 4 calories per gram. At the time this article was written, further clarification on the new regulation are expected to be released to aid manufacturers in adapting to this change.

Prior to FDA regulatory relaxation, allulose consumption in North America was estimated to have a compound annual growth rate of approximately 30 – 32% within the 2018 to 2027 period. With the relaxation of the labelling regulation, allulose commercialization could see a threefold increase in this growth rate.

Allulose manufacturers had previously raised concerns regarding the confusing labelling of allulose in food as it was listed as a sugar or added sugar but had a near zero calorie contribution. With the new regulations released by the FDA, concerns over consumer confusion may be alleviated and prompt manufacturers to push for consumer education and marketing. This is expected to have wide implications in the import and export of food products to and from the U.S. Furthermore, this revision will open the doors for other sugar alternatives to be excluded in the future.

While sugar is not currently the star of the menu, consumers still have the appetite for indulgent food. Even the most health conscious customer will reach for an occasional sweet treat. In the culinary world, sugar lends more than just a sweet taste. In bakery and frozen food applications, its chemical nature gives cookies and cakes the right texture, stabilizes egg whites in meringues, and allows ice creams to be soft and scoopable. There is yet to be a low calorie sugar analog that is as versatile, that can successfully replace sugar across all applications. Furthermore, reformulating confectionary and beverages to contain less, or no sugar at all, is highly challenging from a technical standpoint. Through previous engagements, Frost & Sullivan research has indicated that the process of ingredient substitution can take years, and is viewed as a highly risky endeavour.

Nonetheless, opportunities are abound for the food industry. We are currently in a transformative era as technology is enabling new ingredients, new formulations, and better understanding of our nutritional profiles at an unprecedented pace. Through years of research in the food ingredients industry, Frost & Sullivan has been able to provide comprehensive market research and actionable insight, and ultimately give an edge to companies in this highly competitive space.