The New Global Reality of Brexit

Should the United Kingdom (UK) remain a member of the European Union (EU) or leave the EU? This burning question became the cause of much debate and discussion as Britain approached a national referendum on its exit—Brexit—from the EU. Subsequent to the nationwide voting exercise on 23 June, results came in the next day at […] 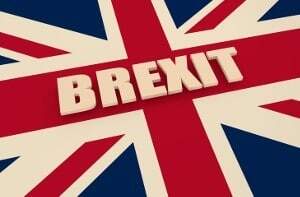 Should the United Kingdom (UK) remain a member of the European Union (EU) or leave the EU? This burning question became the cause of much debate and discussion as Britain approached a national referendum on its exit—Brexit—from the EU. Subsequent to the nationwide voting exercise on 23 June, results came in the next day at 51.8:48.2, with the ‘leave’ vote gaining majority.

The Case for and Against the Brexit

A similar referendum was held in 1975 on whether Britain should remain in or exit the European Economic Community (EEC), the forerunner of the EU, with 67% of the voters indicating that they wanted Britain to remain in the EEC.

With a lot having changed since then and the growing Euroscepticism, Prime Minister David Cameron agreed in 2013 to hold a referendum upon winning the 2015 elections.

Let us now examine some of the arguments for and against the Brexit.

With respect to trade, remaining in the EU would have positively allowed Britain to continue enjoying the benefits of tariff-free trade with EU member states—a major incentive for businesses in the country. On the other hand, Brexit could pave the way for Britain to expand trade relations with the rest of the world beyond EU, helping to mitigate risks arising from excessive reliance on the EU. Now that voters have decided to leave the EU, UK-EU negotiations over the next few years will decide the future trade model. Trade model possibilities include a Norway-style model whereby Britain could retain access to the EU single market while excluding itself from other EU policies, or a Swiss-style model constituting a series of bilateral treaties and membership in the European Free Trade Association (EFTA) which would allow UK-EU free trade in non-agricultural goods, and so on.

With respect to the issue of immigration, current EU laws allow free movement of EU labor in the UK (and vice versa). EU member state citizens can automatically reside and work in the UK without having to secure a work permit and so can family members. On the one hand, there is the argument that the free movement of labor not only allows employers to access a wider talent pool but also helps close shortages in certain types of jobs. The pro-Brexit side, however, argues that increasing control over national borders is especially important, given that current laws have led to the huge influx of EU immigrants into the UK, with these immigrants also availing welfare benefits. Again, the status of immigrants in the UK (and vice versa) would depend on the outcome of UK-EU negotiations. During the Brexit campaigning however, the possibility of a points-based immigration system for EU entrants was discussed.

What Lies Ahead for Britain?

Brexit is likely to take a minimum of 2 years to materialize, with the process for withdrawal from the EU expected to start once Article 50 of the 2009 Lisbon Treaty, which lays out exit rules, is triggered. Once the intention of separation is formalized, Britain will begin to negotiate withdrawal terms with EU member states on issues such as trade tariffs and the movement of UK and EU citizens, in effect laying the ground for its redefined relationship with the EU. During this interim period, Britain will still be subject to existing EU treaties and laws but will be barred from decision-making processes. Therefore, existing regulations are likely to continue for at least two years from the time that Article 50 is triggered. However, given that the UK is the first member state to leave the EU and invoke Article 50, there is uncertainty regarding the path ahead, which could potentially trigger a dip in business sentiment and delays in foreign direct investment (FDI). With UK Prime Minister David Cameron offering to step down by October, the triggering of Article 50 is only expected to be undertaken by his successor, with the two-year timeline starting thereon. On another note, given that 62% of Scotland voted in favor of remaining in the EU, it is highly possible that Scotland could hold a second referendum (first referendum held in 2014) on its independence from the UK.

Potential Implications Across the British Industry

In response to the new reality of Britain’s soon-to-unfold exit from the EU, the sterling dipped to a 31-year low. The depreciation of the sterling stands to benefit businesses in the UK, as it makes exports more attractive and could potentially spur export growth. With respect to the automotive industry in the UK, automotive manufacturers could relocate plants from the UK should the nation lose the benefits of tariff-free trade within the EU. The financial industry stands to lose if UK institutions lose their present passporting rights which currently allow the sale of services across EU member states without the need to secure a local regulator’s approval. With respect to healthcare, the possible repatriation of EU nationals could result in staff shortages, as it is believed that 1 in 20 persons in the National Health Service (NHS) workforce are EU citizens. There are, however, opposing views on the future status of existing EU citizens in the UK. Actual implications across the industry would, to a very large extent, depend on the outcome of the UK-EU negotiations process.

On a Final Note

Although the results are a cause for concern, one must remember that they also herald a new beginning for the UK which will be influenced by a strong  government policy and the success of negotiations with the EU and the rest of the world. The world will have to wait and watch how the nation’s new growth story unfolds.