Transformation in the Australian Power Sector

The year 2016 has been a landmark year for Australia in terms of the number of significant events that have marked a decisive shift in the way power is generated, transmitted, sold, consumed, and managed in the country. Grid Stability in Question Clearly, the headline story was the state-wide outage in South Australia on September […] 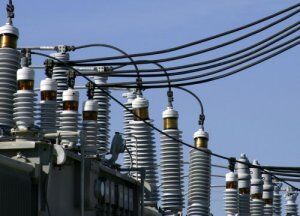 The year 2016 has been a landmark year for Australia in terms of the number of significant events that have marked a decisive shift in the way power is generated, transmitted, sold, consumed, and managed in the country.

Clearly, the headline story was the state-wide outage in South Australia on September 28, 2016, that saw severe storm activity (high winds, thunderstorms, lightning strikes, hail, and heavy rainfall) resulting in  the loss of transmission lines, disconnection of wind generation, as well as the overload and subsequent tripping of the interconnector with Victoria.

Whilst a detailed investigation of sub-components of the grid, the market mechanisms and responses is ongoing, this unprecedented shutdown of the entire state electricity network raises significant network stability and reliability concerns for the whole country.

Challenges in Decarbonising and Smartening the Grid

Against the context of the ongoing effort to decarbonise the country’s electricity system, this outage creates further debate on the challenge of integrating renewables and energy storage into the grid. The 2016 announced closure of the country’s most emissions-intensive coal power station (Hazelwood, Victoria; to close in March 2017) signals a bigger role for renewables in the future (renewable energy accounted for 14.6% of Australia’s electricity in 2015). This follows a series of coal-generation closures- Wallerawang, New South Wales (in 2013), Morwell, Victoria (in 2014), Anglesea, Victoria (in 2014) and Port Augusta, and South Australia (in 2016). In total, there are 24 coal-fired power plants operating in the country, including four that have a decommissioning date.

Apart from increasing the uncertainty about the future of the remaining coal-powered generation in the country, these closures raise the question of potential upward price pressure on electricity for both residential and industrial customers. The potential of gas generation stepping in to address the reduction in these capacities is to some extent compromised by the firm export commitments made for this gas being produced and likely to come on-stream soon. At the same time, ambitious state government targets have been announced in 2016 for increasing the share of renewables as a proportion of total electricity generated (in the Australian Capital Territory – 100% renewable electricity by 2020, Victoria – 40% by 2025, and Queensland – 50% by 2030).

A number of wind farm and large-scale solar projects are under construction or have planning approval. In early 2016, total rooftop solar power crossed 5 gigawatts of capacity for the country.

The year also marked the start of a boom in energy storage, as the price per kWh declined significantly in 2016. The June 2016 forecast by Australian Energy Market Operator indicated that integrated solar PV and battery is expected to reach 3.8 gigawatts installed capacity in 20 years. In fact, 2016 saw the launch of the world’s largest Virtual Power Plant (VPP) (AGL, Sunverge Energy and Australian Renewable Energy Agency (ARENA)) that will be capable of storing 7 megawatt hours of energy, to power around 1,000 homes that have integrated solar and batteries in Adelaide, South Australia.

Reforms to national electricity market (NEM) in 2017, following the Australian Energy Market Commission’s ‘Power of Choice’ review, will support more options for consumers in the way they use electricity. In addition, with the end of the gross Solar Bonus Scheme in New South Wales (end-2016), net meter installation (using solar energy in the household first and excess solar measured by the meter eligible for the feed-in tariff) in the state is likely to surge in 2017. Also, the independent review of the security and reliability of the National Electricity Market (NEM), led by Chief Scientist Alan Finkel (and hence called the Finkel Review) launched in October 2016 (after the South Australian blackout) is likely to provide further directions in terms of reform of the market.

Disruption to the conventional electricity generation, transmission & distribution and retail sectors is throwing up opportunities for a range of business model innovations in the country. For example, selling power to consumers at wholesale rates (such as Mojo Power), bundled services (such as Pooled Energy’s bundled service of electricity, swimming pool automation, and energy management), or new revenue streams (such as Matter Technology’s service to enable landlords to earn from charging tenants for power generated from rooftop solar). It is also seeing unconventional new competitors entering the energy sector (such as facilities management company, Spotless launching ‘Spotless Advanced Metering’ services).

In all, 2016 will be seen as a year in which the need for change became more clearly visible to more power sector stakeholders than at any time over the recent past. Whilst policy reform continues, this is likely to present fascinating opportunities to emerging technology and service providers over the next year and beyond.