Commercial vehicle industry is set for a shake up with the announcement of a new heavy duty fuel cell truck, bringing mobility closer to a zero-emissions, carbon-neutral future. 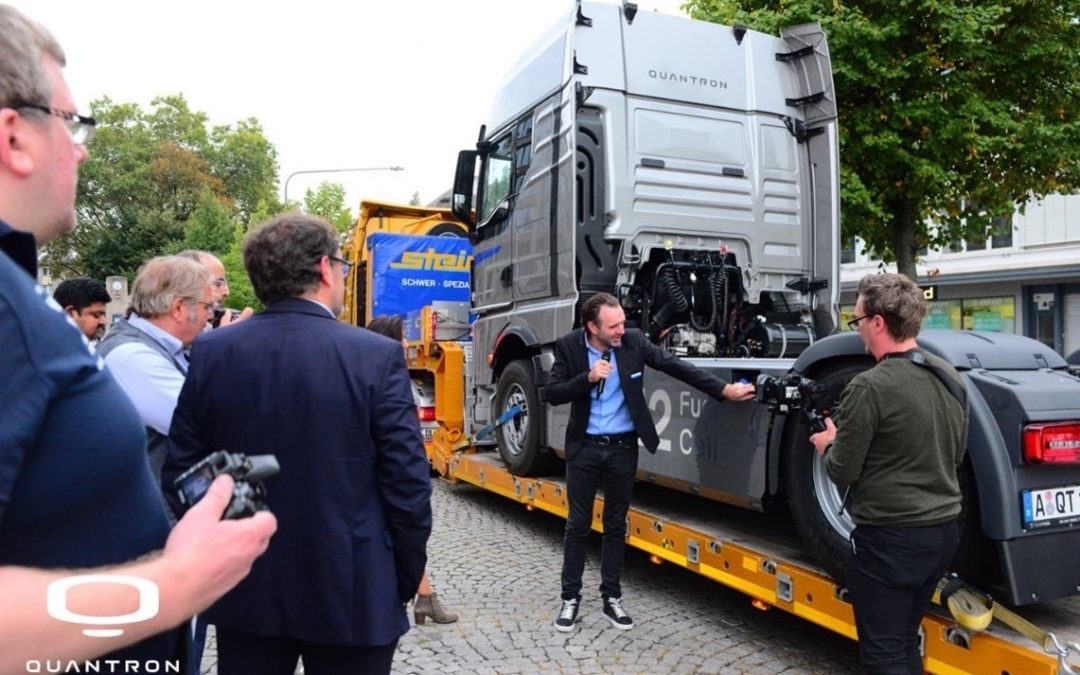 Germany-based e-mobility company Quantron AG, a developer of battery electric and fuel cell commercial vehicles (CV), has unveiled its hydrogen powered, heavy duty, long haul truck, while simultaneously announcing a partnership with multiple stakeholders to propel the development of a hydrogen ecosystem in which fuel cell vehicles can operate. 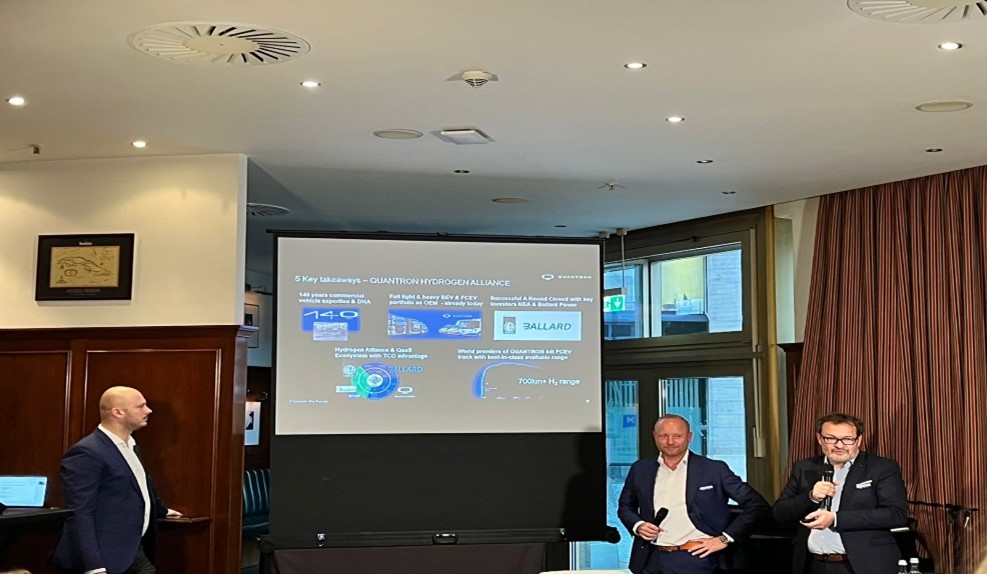 With very high per unit emission rates, CVs are currently one among many major carbon emitters. This places the CV industry squarely at the heart of efforts by countries to curb carbon emissions in their pursuit of carbon-neutral economies. Although the technology and commercialization are still at the early stages, hydrogen, along with battery electric solutions, is emerging as a key alternate energy carrier to power mobility products. Fuel cell CVs, in particular, are being viewed as the preferred solution for applications that require longer range and quicker refilling time. Rigorous efforts are being put into the technological development of fuel cells across the value chain, with the focus being on significantly improving the stack lifecycle and achieving high conversion efficiency.

Our research report, Global Fuel Cell Trucks Growth Opportunities, notes that the development of hydrogen fuel cells for mobility applications has been picking up momentum in recent years. Several manufacturers are embracing two long-term electrification strategies; they are developing both battery electric and fuel cell vehicles, while appropriately positioning and targeting them to suit a variety of use case scenarios. Several public and private sector initiatives, paralleled by technological advances, government support, and the push towards mass commercialization, are underlining the tremendous growth opportunities associated with fuel cell trucks. Europe has been at the forefront in this space: the development and deployment of fuel cell trucks has been gaining increasing traction, with major manufacturers in the process of developing fuel cell CVs.

We were excited, therefore, to have had a ringside seat as Quantron AG made two new announcements that look set to shake up the CV industry, propel forward the global fuel cell truck market, and offer a zero-emission mobility solution for long haul applications.

Quantron AG showcased its all new 44t 4×2 fuel cell heavy duty truck that is targeted at long haul applications. The prime mover truck can cover a range of upto 700 kms with a single fill, while operating at maximum payload capacity. The fuel storage system comprises four hydrogen tanks that are placed in between the frame rails and offers the capability to fill hydrogen at either 350 bar or at 700 bar pressure.

This vehicle is the first of a total of four fuel cell vehicles that the company plans to launch over the next 12 months, the others in development being a 4.2t & 7.2t truck, a 6×2 tractor unit, and a garbage collection truck. The 44t tractor unit is expected to be delivered to the first customer by Q1 2023.

Further to its joint partnership, since September 2021, for the development of Quantron AG’s fuel cell vehicles, Canadian fuel cell supplier Ballard Power Systems has bought a minority stake with a single-digit million investment. In addition, German machinery and equipment manufacturing company, Neuman & Esser, has also acquired a minority stake in the company with the option for further investment. 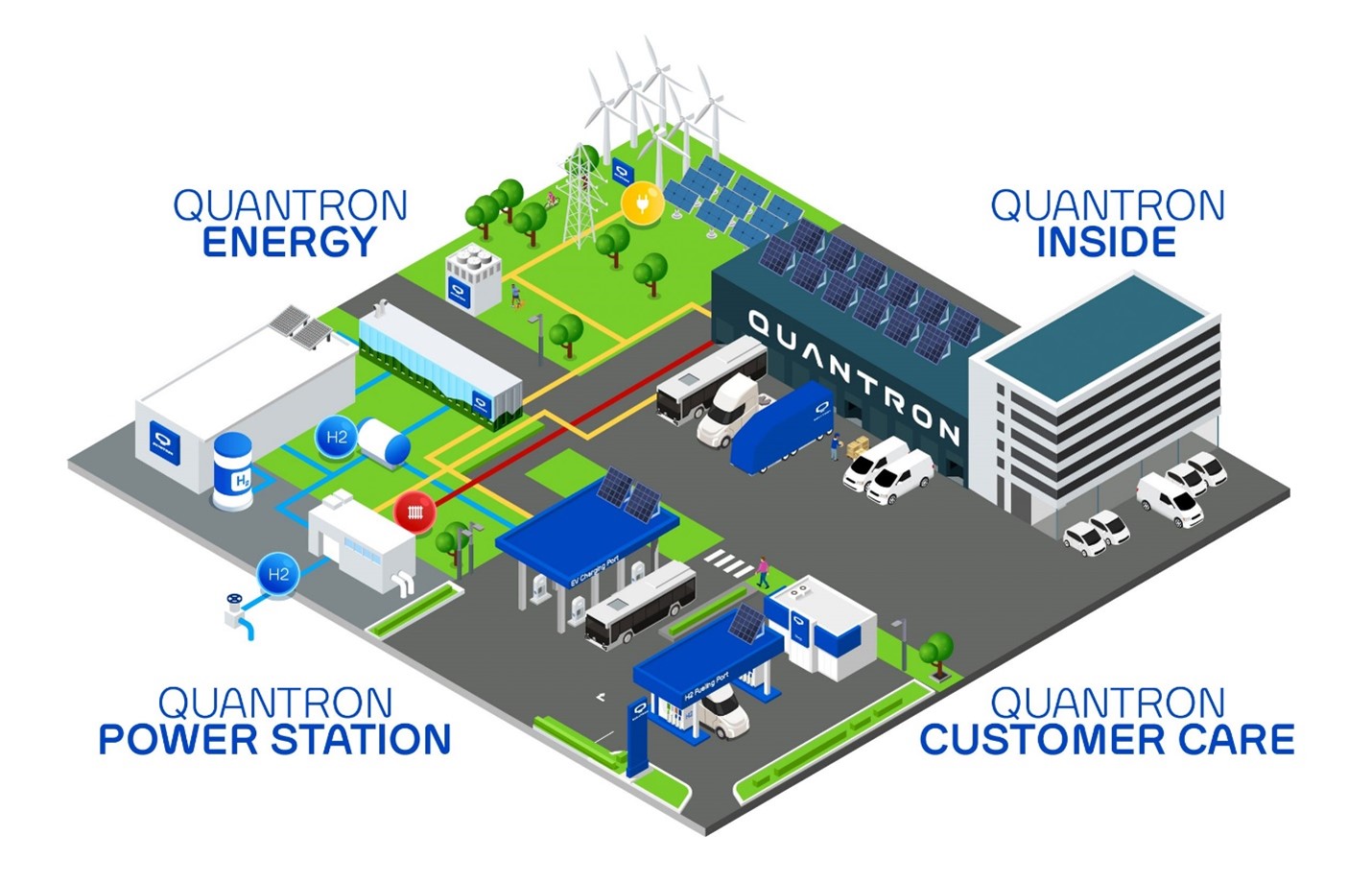 The commercialization of fuel cell trucks is still in its infancy. “Progress in technology, infrastructure, strategy, and costs are still required before commercial-scale deployment of fuel cell trucks can be achieved. This, in turn, will require coordinated efforts between governments and the private sector in developing a favorable hydrogen ecosystem,” notes Jagadesh Chandran, Industry Analyst, Mobility Practice, Frost & Sullivan.

The cost of hydrogen at pump, which varies based on production and distribution methods, will be pivotal for the uptake of fuel cell trucks, as will realizing cost-effective vehicle ownership. During the initial adoption phase, incentives for fleets will be crucial to alleviating the pressure of high operating costs, with governments and authorities likely to offer programs that promote zero-emission vehicle adoption.

The European fuel cell CV market will be competitive with OEMs like Daimler, Volvo, MAN and Iveco-Nikola developing fuel cell trucks. Market participants will need to leverage first mover advantage with real world deployment and demonstrable performance. In parallel, they will need to prioritize the identification of key opportunities for fuel cell trucks across different segments and use cases.