What is Required for A Scalable and Industry-wide Vehicle-to-Everything (V2X) Deployment?

Despite its promise of improved vehicle and road safety, the global vehicle-to-everything (V2X) market has struggled to take off. The lack of regulatory clarity, particularly in North America and Europe, compounded by interoperability issues rooted in divergent communication protocols 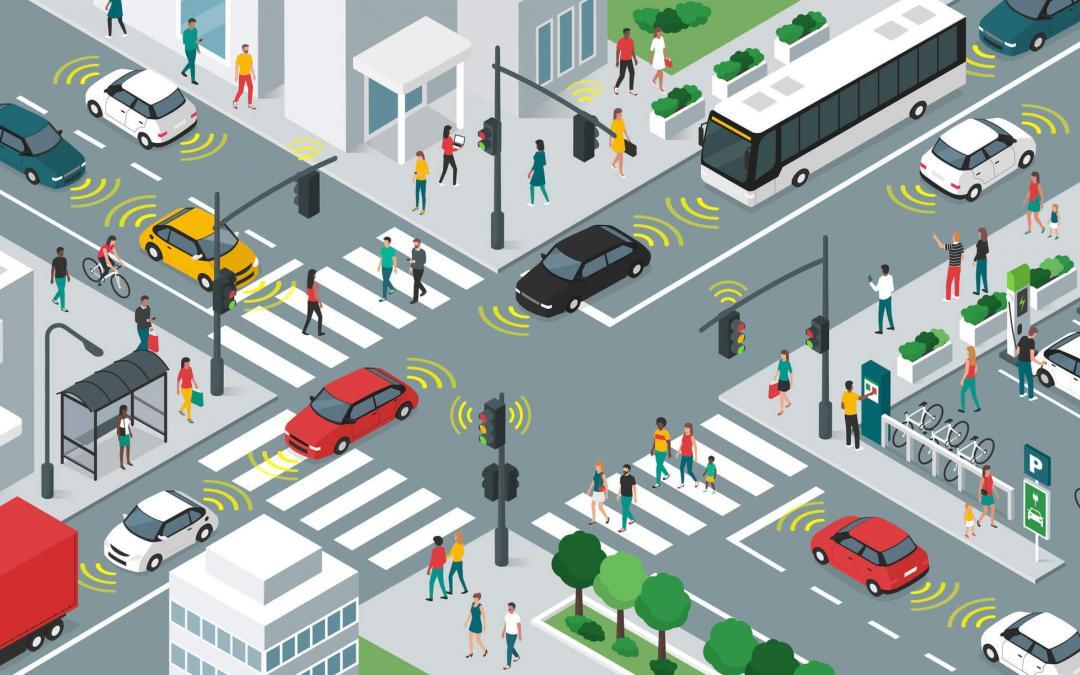 Despite its promise of improved vehicle and road safety, the global vehicle-to-everything (V2X) market has struggled to take off. The lack of regulatory clarity, particularly in North America and Europe, compounded by interoperability issues rooted in divergent communication protocols—whether cellular vehicle-to-everything (C-V2X) or dedicated short-range communication (DSRC)—has stymied the pace of implementation.

Nevertheless, Frost & Sullivan is confident that by 2030, a clear roadmap will emerge. At this point, ecosystem participants would have resolved the challenges of V2X, with vehicles either being interoperable or, in the absence of regulatory consensus, following a co-existence model.

Currently, regulatory indecision is hampering automakers in North America and Europe. The US government’s call for OEMs to comment on what existing/future technologies could be used for V2X communications—DSRC, LTE C-V2X, or 5G New Radio (NR), among them—evoked widely differing responses. A similar exercise in the EU resulted in a majority of member states rejecting the Wi-Fi-based DSRC system.

In the absence of government action, industry automakers and consortiums are driving adoption. For instance, in North America, the 5G Automotive Association’s (5GAA) push for C-V2X is changing OEM preferences.

Automakers are arranged into two camps: supporters of DSRC like Toyota US and proponents of C-V2X like BMW and Audi. While DSRC is a reliable and proven technology in terms of safety use cases, C-V2X is gradually starting to prove its reliability as well.

However, the promise of further evolution, the benefits of both short- and long-range use cases, and the promise of it being a sustainable technology have underlined C-V2X’s emergence as the technology of choice for the majority. While we expect automakers to launch either of these systems on their vehicles, depending on their preference, decisions on scaling up will ultimately depend on what transpires on the regulatory front.

In terms of technology, DSRC 802.11p has been an industry staple and has been installed across a wide vehicle base. Over 200,000 Toyota vehicles in Japan, for instance, are fitted with DSRC. However, our observations make clear that C-V2X is in the ascendant with NR V2X being trialed by many automakers.

Indeed, most key regions, including North America, Europe, and China, are in favor of adopting C-V2X. The technology is on track for a commercial launch in 2021 on the back of cellular LTE-based network access, with further impetus coming from anticipated 5G-based adoptions in 2025.

Presently, vehicle-to-infrastructure (V2I) is the most ubiquitous application with use cases that support safety and traffic efficiency. V2I2V use cases are the easiest to apply through vehicle-to-network (V2N) communication enabled by OEM backend servers. Use cases here could be in partnership with service providers such as HERE and TTS. This is the ideal route that automakers are likely to take, as evidenced by Audi and Mercedes having already launched such services commercially.

With advanced driver assistance systems (ADAS) and autonomous vehicles heading automakers’ agendas, it is important to note that more than 70% of V2X use cases are non-safety critical and do not use sensor integration. Basic safety messages (BSM) used in a few cases supplement ADAS warnings.

Automakers to Push Ahead with V2X Adoption

Our research underscores that automakers in China and Japan will benefit enormously from clear regulations and mandates, along with aggressive adoption roadmaps. Despite continued uncertainties, we believe that Europe might achieve regulatory consensus, while a change in administration after the November elections might spur regulatory action in the US.

In any case, it is unlikely that the automotive industry will wait for regulations to adopt V2X services—whether DSRC or C-V2X—in their vehicles. V2X has already been launched in premium vehicles, allowing for the monetization of services.

Within the next five years, we expect OEMs to select technology based on their demonstrated abilities, prevalent trends, and their approach to safety. For instance, we could see a combination of V2N and V2X, where V2N will be used for non-safety and non-latency-critical use cases such as basic warnings and awareness-type messages, while V2X would be deployed mostly in V2V and V2I scenarios for safety (non-line-of-sight vehicles, pedestrians, or object detection, etc.) and latency-critical complex use cases such as vehicle intent sharing, negotiations, sensing, and perception.

It is clear to us that collaboration is the only way forward. Governments, automakers, and mobile network operators (MNOs) need to work toward creating a mutually beneficial environment. This will need to be buttressed by infrastructure development in the form of more road safety units (RSUs) and 5G towers. Such infrastructure will be a critical pre-requisite to expanding potential use cases.

In this context, partnerships between RSU suppliers and MNOs will be vital not only to launching 5G but related C-V2X services as well. While both RSU suppliers and MNOs stand to make gains, RSU vendors need to look beyond being solely hardware providers. They need to explore the potential of data-as-a-service or platform-as-a-service models to capture new, untapped markets.

To learn more, you can read our recent research on Strategic Analysis of the Global Vehicle-to-Everything (V2X) Market. For more information on this topic or to schedule an interview/interaction with our spokespersons, please email Priya George at priyag@frost.com.