Why Slack Continues to Lead in the Persistent Team Messaging Space

Note: blog inspired by the article written by Dominic Kent “Microsoft Teams vs Slack; the enterprise messaging wars continue”: https://dispatch.m.io/enterprise-messaging-wars-slack-microsoft-teams/ Slack just shared a new milestone: the company now has over 10 million daily active users in more than 150 countries—quite an impressive number taking into account the 1 million daily active users the company had […] 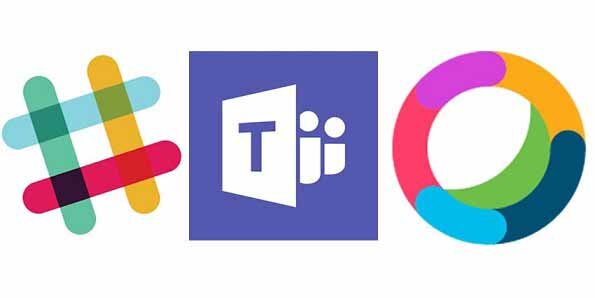 Additionally, Slack announced that the number of paid customers worldwide had grown by more than 50% over the past year, reaching 85,000 businesses. Today more than 500,000 organizations worldwide use Slack. No other firm is matching these growth numbers; I’ll tell you why.

In September 2018, Microsoft announced at Ignite that Microsoft Teams is being used by 329,000 organizations, up from 200,000 organizations in March. Teams replaced Skype for Business Online as the company’s main business communications service in 2018 for messaging, meeting and calling. In July 2018, Microsoft also made available a free version of Microsoft Teams to rival Slack’s successful fermium model. In spite of Microsoft’s visible growth traction, the market doesn’t have a clear view into whether the tool is being mainly used for its team messaging capabilities, to conduct conferencing sessions, or for calling. Although one might assume that team messaging is the predominant functionality, the company has neither shared official statistics of individual workload usage nor how frequent its team chat service is used monthly or daily.

Further, in August 2018, Cisco reported 150 million monthly users on its Webex platform, which today includes a variety of collaboration services such as Webex Teams, Webex Meetings, and Webex Calling. This number is certainly impressive. However, similar to Microsoft, the number includes users of various UC&C services, in addition to Webex Teams-the group chat or messaging functionality, the actual heart of the team messaging space.

The original idea of persistent messaging/team spaces was to allow team members to work with each other on projects, ideas, and other work-related items on an almost daily basis. Therefore, the main defining characteristics of team messaging have always been its persistent nature, its ability to organize work streams and its user stickiness. Team messaging is where work should happen, with employees communicating and collaborating with each other via team spaces, rooms, and easy consumer-like features and capabilities.

Yes, Microsoft, Cisco and other IT giants focused on the enterprise communications and collaboration space have been enriching and repositioning their cloud-based UC&C apps to include the characteristics and gamification elements of original team chat providers. Yet, the real question is whether those new apps are only being used in an on-demand basis (e.g., to have a web/video conferencing session, to make a call, etc.) or as true virtual work environments. The metric of active usage, therefore, becomes key to measure the market. If Microsoft, Cisco and the like continue to share traction numbers based on their general rebranded product success rather than the specific usage of their team chat workload or capability, I will still tend to think that Slack is leading this market, at least for now.

The nature of team messaging always revolved around teams persistently collaborating with each other on a daily basis via messaging, chat, and the sharing of information, not really teams collaborating with each other every now and then via on-demand sessions of voice, video, and web conferencing. If traction of individual workloads inside a holistic UC&C offering is not identified, it will always be impossible to make an apple to apple comparison of Microsoft Teams and Cisco Webex with Slack.  After all, what makes Slack special is not its particular third-party conferencing and calling capabilties. It is the company’s flagship concept of group collaboration organized by persistent and easily searchable group chat rooms.