By: Nripendra Singh, Industry (Principal), Aerospace & Defense The Swiss company Zürich AG is re-entering the Indian airport sector by winning the bid for the proposed Jewar International Airport (72 km from Delhi Airport) in Uttar Pradesh, India. This is likely to bring a radical shift to India’s airport space, challenging the monopolies at airports […] 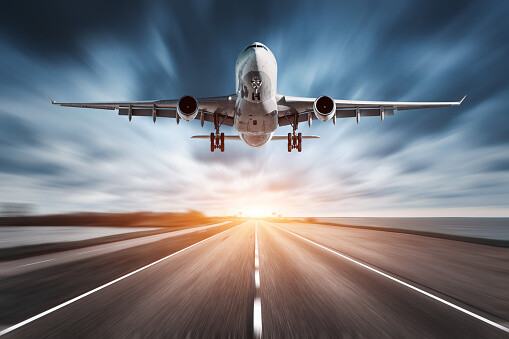 The Swiss company Zürich AG is re-entering the Indian airport sector by winning the bid for the proposed Jewar International Airport (72 km from Delhi Airport) in Uttar Pradesh, India. This is likely to bring a radical shift to India’s airport space, challenging the monopolies at airports in India. In 2017, Zürich AG sold its stake in BIAL (Bangalore International Airport Limited). The Swiss company currently operates the Zurich Airport and eight airports in Latin America and is known for offering excellent customer experience at its airports.

The capacity constraint at DIAL (Delhi International Airport Limited) and Zurich’s ability to offer best services at Jewar airport can make it popular among India’s airlines, which are significantly expanding their fleets but facing infrastructure challenges at major airports. After 2022, when Delhi completes its fourth runway and terminal expansion, it will have limited capability to expand further. Airlines will have no option than to look for an alternate airport. For an airline, peak-hour slots are crucial, whereas DIAL now has limited slots. This creates an opportunity for Zurich Airport to fill in the gap by building a secondary airport in Delhi NCR. The upcoming Jewar airport is said to be spread over 5,000 hectares; the proposed plan is to build a two-runway airport by 2022-2023 and then, at a future date, extend it to a 7,200-acre six-runway airport.

Traffic shifts from primary to secondary airports would be a challenge, but if proper connectivity is made, the preference of customers and airlines may change in favour of Jewar. The Uttar Pradesh government will play a vital role in airport development by enhancing the connectivity via high-speed rail and road networks, which will critically determine the airport’s profitability.

International traffic will be the key competitive advantage for Zurich while bidding. Zürich AG must have factored in the international travel potential from India, which is expected to expand significantly in the coming years.

Once completed, Jewar International Airport won’t just help to decongest the traffic at DIAL, it also will create multiple jobs and provide stimulus to the development of the overall ecosystem around the airport.  To contact the analyst, kindly email Jacqui Holmes on jacqui.holmes@frost.com