3D printing is a breakthrough technology that is set to revolutionize the global healthcare industry. One important application is the economic production of customised scaffolds or prosthetics (orthopaedic implants) to assist physically disabled people by substituting for lost or damaged bone. In one recent operation, approximately 75% of a patient’s skull was replaced with a […] 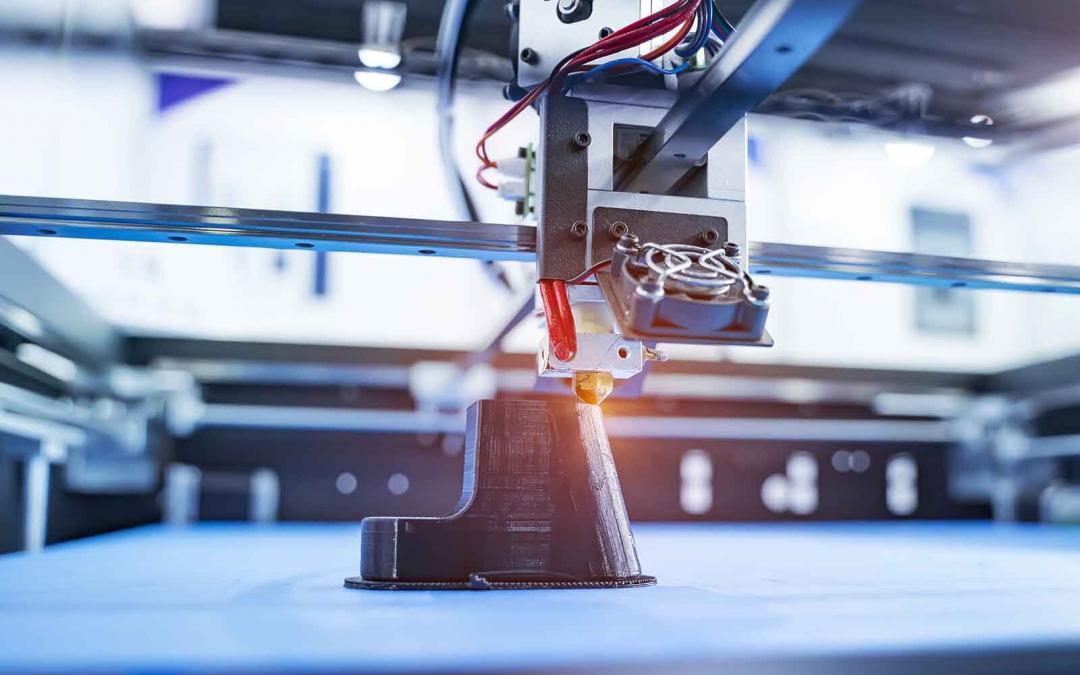 3D printing is a breakthrough technology that is set to revolutionize the global healthcare industry. One important application is the economic production of customised scaffolds or prosthetics (orthopaedic implants) to assist physically disabled people by substituting for lost or damaged bone. In one recent operation, approximately 75% of a patient’s skull was replaced with a 3D printed implant made of polyetherketoneketone (PEKK): a biomedical polymer with high heat and chemical resistance, and strong load-bearing properties.

As 3D printing has the potential to provide fast, cost-effective prosthetics, it is expected that African nations will be early adopters. In Kenya, British innovator called 3D LifePrints has provided patients at PCEA Kikuyu Orthopaedic Hospital with low-cost hand prostheses and life-like cosmetic covers for lower limb prostheses.

In Sudan, Not Impossible Labs has set up a 3D print lab to create prosthetic limbs for those affected by the war. Project Daniel (project supported by Not Impossible Labs and named after the first Sudanese patient supported by the project) has displayed crowdsourcing models that can be implemented in a pragmatic manner to help people in low income economies. It crowd sourced a team of specialists including a South African innovator of the Robohand, a MIT trained neuroscience from Australia and the owner of a 3D printing company from the United States. The project was supported by a New York based precision engineering company called Precipart and by Intel, the global leader for innovative essential technologies.

3D printed prosthetics have already come to South Africa and have brought a ray of hope for many living with disability or disfigurement. In 2014, surgeons at South Africa’s Kimberly Hospital became the second team in the world to reconstruct a patient’s face using 3D printed jaw implants. In 2015, South Africa’s Central University of Technology (CUT) was awarded a research chair in Medical Product Development, an initiative led by South Africa’s Department of Science and Technology (DST), to increase research output and innovation in areas that are considered essential to the country’s strategic growth and development.  The University has so far conducted 12 procedures involving 3D printing, including two that involved mandible implants made of 3D printed titanium.

n 2016, the South African Government has launched its Additive Manufacturing (AM) strategy, in association with its Department of Science and Technology (DST) to capitalise on innovative technologies to assist the disabled. Since 2014 the South African public sector has invested 358 million rand ($24.75 million) into additive manufacturing research and development. The AM program is supported by the DST, and aims to assist the medical sector in manufacturing medical and dental devices and implants.

The scope for this technology is enormous, with more applications expected to appear in the future. Though 3D Printing is presently an expensive process, its cost is falling rapidly, and it is already an economical way to produce complex components that are customised for an individual patient. As costs fall further, it is expected to become widely available to improve the lives of disabled Africans across the continent.