Doing Business with the UAE: How Will the 20 Families that Control the UAE Economy Interact with their New Ally, Israel?

The United Arab Emirates (UAE) has reduced its dependence on oil, but the local economy is still centralized and controlled by a few families who own large holding groups. Many of them want to duplicate the success of the traditional economic world in the digital ecosystem to add new brands to their portfolio or acquire profitable businesses that will yield a quick return. 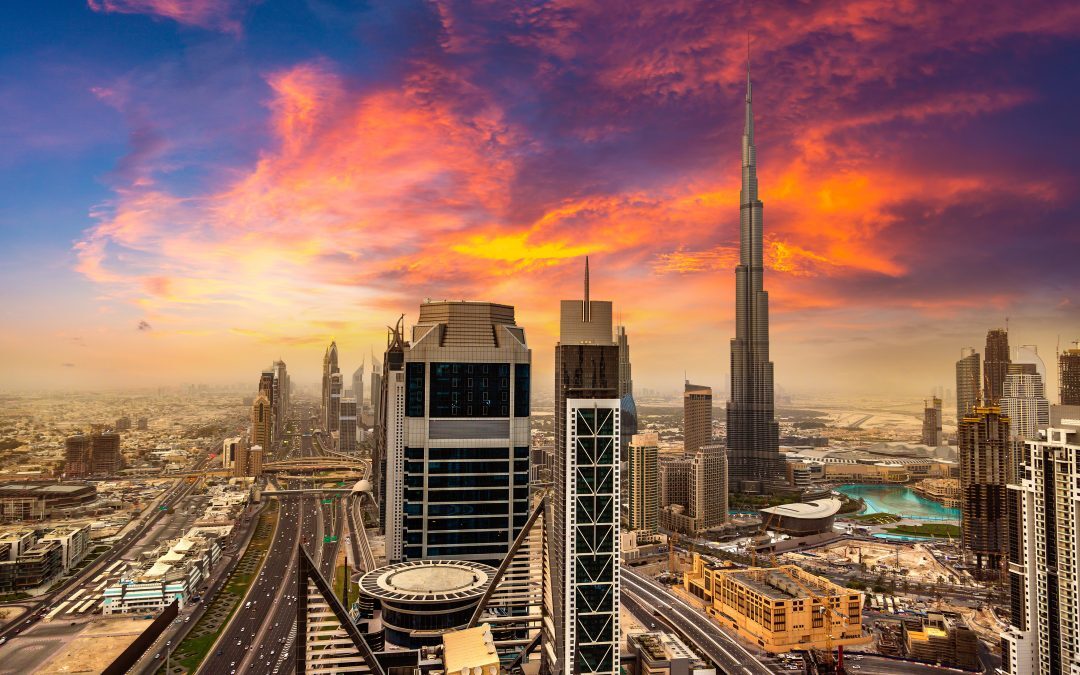 The United Arab Emirates (UAE) has reduced its dependence on oil, but the local economy is still centralized and controlled by a few families who own large holding groups. Many of them want to duplicate the success of the traditional economic world in the digital ecosystem to add new brands to their portfolio or acquire profitable businesses that will yield a quick return.

A few are Israeli managers and entrepreneurs who have not received inquiries from Dubai or Abu Dhabi since the normalization with the UAE. Business professionals and executives from the Emirates are showing enormous interest, and, unlike Israelis, they have collected information about the ecosystem for a long time. Little is known in Israel about the business landscape of the new peace agreement partner, and as the dream of Israeli exports to the Emirates is likely to come true in the coming weeks, it is important to know that oil and especially oil companies will not be the main destination for exports from Israel.

The structure of the business arena in the Emirates is reminiscent of the Israeli arena before government legislation to deal with centralization in the economy. “Most businesses in Dubai and Abu Dhabi are controlled by 20 families,” said Subhash Joshi, vice president, regional director for the Middle East and North Africa at the international consulting and research firm Frost & Sullivan. Joshi has lived in Dubai for a decade and manages the Middle East activities of the company. Most of the controlling families are his customers, and he says they are interested in Israeli businesses, especially technology companies that will allow holding companies, most of which are more than three decades old, to undergo a digital transformation in areas such as real estate, retail and automobiles.

According to Joshi, most of the holding groups are privately owned and are not traded on a local stock exchange or abroad, despite a large part of them having extensive international activity, especially in the hotel industry. For example, the well-known Ritz Hotel in Budapest is owned by the Al-Habtoor Group of Dubai, the largest holding company in the Emirates. It is run by the third generation of the family, which was sent to prestigious universities in the US and Europe to acquire a business education. The groups include many women from the founding families who occupy management positions, not just male heirs. Joshi explains that in most of the groups, the owners and top management come from the Emirates; the managers responsible for the financial side and marketing will mostly be residents from outside Europe and the broad working-class—immigrants from Arab or Asian countries. Although these are well-established families, according to Joshi, they have no special ties to the government and are run privately.

The groups are reminiscent of family-run holding groups in Israel, such as Ofer. Many of them began their careers in the 1950s and 1960s in real estate and industry and have since expanded to malls, communications, and importing vehicles. The latter is a particularly strong field among the families, one of which owns, for example, an agency that sells 300,000 vehicles a year. Another owns the world’s largest Bentley showroom. In the past decade, some of the families that have already expanded have split their businesses between groups of cousins, much like the move made by Sami and Yuli Ofer about 15 years ago. This is how the Majid Al Futtaim and Al-Futtaim groups were formed, as well as Al-Nabuda and Khalifa Juma Al Nabooda.

According to Joshi, the family holding companies can be divided into three categories based on their nature and the type of investment they will seek to make in Israel. The first, which includes the largest groups, such as Al-Futtaim or Al-Habtoor, is looking for new brands for the portfolio. For these groups, profit and loss indices are less significant than prestige and reputation. These families are mainly interested in the Israeli defense sector and the healthcare sector.

The second and largest group, which includes half of the conglomerates, is looking to acquire profitable businesses that will yield a quick return on investment. These groups usually acquire at least 51% of the company to reach a controlling position, and their focus will be, in Joshi’s opinion, companies in the field of agricultural technologies (agtech). The third group of smaller families is more focused on the local market and makes up about one-fifth of controlling families. It is interested in businesses that can be brought into the local Emirates market. These companies are also interested in food technologies because the UAE is dependent on food imports, almost 80% of which come from outside the country, which has almost no agricultural crops.

Joshi said that the interest in high-tech began in the UAE about four years ago, when Amazon bought the local SOUQ.COM for $580 million, and the great online boom began. Some families have had active high-tech investment funds, but most are still fairly old-fashioned. In his opinion, the first deals to be signed with Israel will be to distribute Israeli products throughout the United Arab Emirates. “These are the easiest deals to make, and there are already advanced contacts for several such moves, including a medical equipment company traded on the Tel Aviv stock exchange expected to sign a contract with a local distributor in the Emirates.” The activity between Israel and Frost & Sullivan began a year ago through the local branch run by Dr. Tiran Rothman, Vice President at Frost & Sullivan, when the Dubai Innovation Fund wanted to learn how to set up entrepreneurial incubators and how to grow start-ups that would become unicorns.

Most of the groups are based in Dubai and a minority in Abu Dhabi, where the oil companies naturally have a greater presence. The majority of the Emirates’ population of 9.5 million is divided between Dubai and Abu Dhabi, the distance between which is about the same as between Tel Aviv and Haifa. There are also significant differences between the two Emirates in the business field. “Here, they say Dubai is the country, and the Emirates is a city within it,” says Joshi. According to him, Abu Dhabi primarily has a native population, while in Dubai, the majority of the population is comprised of migrant workers and foreign residents—so-called expats. Most Western companies have also set up their Emirate headquarters in Dubai; about 90% of Fortune 500 companies are located there, managing their Middle East and Africa divisions. Dubai has the majority of free trade zones (26 out of 37), with most of new Dubai being a free zone compared to what is termed the mainland. In the free zone, a foreign company is allowed to operate directly, and businesses receive generous tax benefits. Outside of these zones, a business is required to join a local partner to open and operate.

The free zones have several restrictions, including the lack of a license to conduct transactions with the government. Financial banking and insurance activities also require the establishment of headquarters outside of a free zone. From a regulatory perspective, the rules are the same in the different Emirates, but each has a local body responsible for implementing the laws.

Joshi has advice for Israelis who are inundated with applications from the Emirates: “In the free zone, it is very easy to start a business and register it, because it can be inactive for years and still registered. If the referral comes from the mainland, chances are it is a long-standing and serious business, while if it comes from a free zone, it is worth checking with the authorities that it is a serious entity.”

This article ran originally in the Israeli business newspaper Calcalist and can be viewed at https://bit.ly/3ig7fjq