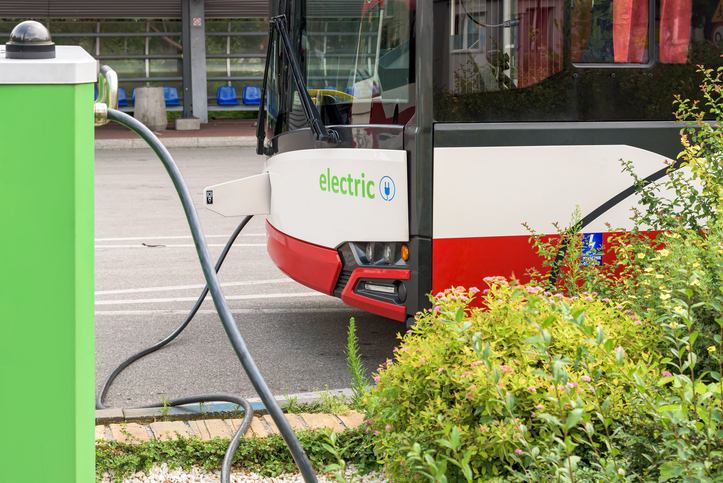 It is a story that is being played out with increasing frequency in city after city across the world – decarbonization of public transit fleets.

Most recently, city transport authorities in Nottingham (UK) took a giant step towards decarbonization following the award of £15 million from the government’s Zero Emisison Bus Regional Areas Fund (ZEBRA). The funding is part of an overall £34 million investment push to accelerate Nottingham City Transport’s (NCT) vision of becoming a carbon neutral bus operator and realizing the city’s ambitions of becoming carbon neutral by 2028. Over 70 new zero-emission electric buses will be inducted into service, marking the complete electrification of NCT’s single-decker public transit fleet. The funds will also be used to upgrade infrastructure at the historic Trent Bridge Bus Garage, while converting it into an-electric bus depot. These electric buses will complement NCT’s 100+ strong biogas-based bus fleet. 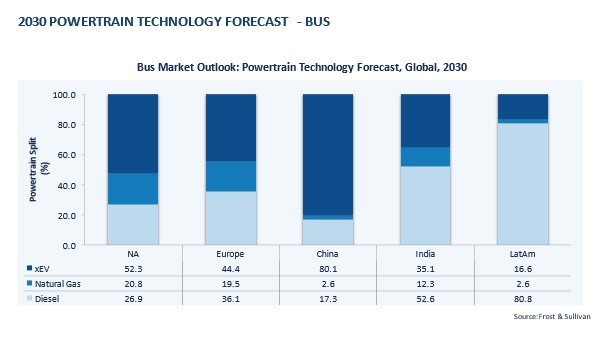 Elsewhere, Qatar unveiled the Lusail Bus Depot, touted as the world’s largest electric bus depot. This aligns with the Qatar Ministry of Transport (MOT)’s mission to provide integrated, sustainable, environment-friendly public transport options and will be pivotal to meeting mobility demands during the FIFA World Cup slated to be held later this month. The depot also makes provision for bus rapid transit (BRT) electric buses, a new concept in the country.

Meanwhile, TransJakarta, Southeast Asia’s first and the world’s longest bus rapid transit (BRT) system, has kickstarted a pilot program that seeks to transform its diesel bus fleet into an electric one.  Servicing Indonesia’s capital city, TransJakarta has an estimated daily ridership of over a million people. Aggressive plans for fleet electrification reflect larger efforts by Indonesia to turn to green mobility.  TransJakarta currently operates 30 electric buses which it hopes to grow to 100 by the end of 2022; 1000 in 2023; 3,000 in 2025; and 10,000 by 2030.

Add Israel to the growing list of countries and cities hopping onto the electric bandwagon. As part of targeted measures to combat air pollution and climate change, Israel has mandated the purchase of only electric buses for public transportation services, beginning 2026. The transition is designed to be gradual with at least 30% electric bus purchases by 2024, at least 50% by 2025 and a final target of 100% from 2026. The ultimate goal is for all urban public transportation in the country to be zero emissions by 2036.

Such initiatives reflect the understanding that electrification of public transit fleets will be a key strategic tool in decarbonization. Beyond this, what issues need to be considered as countries step up their commitment to sustainable mobility?

To learn more about developments in this space, please see our research related to policies and incentives and growth opportunities in the global bus market, or contact sathyanarayanak@frost.com for information on a private briefing.

Transportation accounts for nearly a quarter of global emissions, with emission levels spiraling at a faster rate than other industries. Buses are often indicted for the disproportionate impact they have on the environment, whether in terms of air or noise pollution, relative to their share of the overall mobility mix. This problem is compounded because bus fleets tend to ply in densely populated urban centers. Against this backdrop, electric buses are seen as enabling a host of improved environmental outcomes, most notably an estimated 60-80% reduction in GHG emissions and lowered emission rates of other pollutants.

It has been widely reported that despite constituting less than 1% of total vehicles in Israel, diesel- powered buses account for almost 16% nitrogen oxides and 7% soot particles of transport generated emissions. These figures, however, are much lower compared to the emissions that would come from individual cars if such public bus services were not available. All of which goes some distance in explaining the decision by the Israeli government to electrify public bus transportation. And while the use of EURO-6 buses has decreased NOx emissions to almost zero, it is the GHG emissions that are still motivating the push towards battery electric or hydrogen powered buses.

In the case of Nottingham, news reports claim that on completion, the NCT’s electric bus fleet will save around 3,800 tons of carbon emissions annually and eliminate about 31 tons of harmful NOx and 777kg of PM 2.5 from the atmosphere over the course of their operational lifetime.

For Jakarta, electrification of public transport has become an imperative.  As a signatory to the Paris Agreement, Indonesia is bound to cut greenhouse gas emissions by 29% by 2030 and has declared its intention to transition to net zero emissions by 2050. Pushing electrified, shared transport modes is seen as crucial to combating congestion and rampant levels of pollution in Jakarta which features among the twenty most polluted cities in the world.  In addition to a fully electrified public bus fleet, Jakarta is committed to halving its GHG emissions by 2030.

While the transition to electrified public buses offers tangible environmental, economic, and health benefits, there are some immediate issues, such as infrastructure and cost, that first need to be evaluated.

For electric buses to succeed, a robust and reliable infrastructure is a pre-requisite, particularly when one considers that charging a fully depleted battery tends to be relatively time consuming. The lengthier charging times of electric buses compared to their fuel-powered counterparts provides transit authorities with the choice of either opting for higher battery capacity buses with depot charging or moderate battery capacity buses with opportunity charging.

And while, DC fast charging is shortening charging times, it is also shortening the lifetime of the battery. Knowing that battery production is not a zero-emission process, it is obvious that a well-to-wheel approach is necessary in calculating environmental effects.

Cost is another major concern. Today, an electric bus costs two to three times more than the average diesel equivalent. That said, battery prices (a major cost center of an electric bus) are continuously dropping. Reducing the high upfront cost of electric buses will facilitate faster adoption. Additionally, lower fuel and maintenance costs associated with electric buses will translate to a favorable total cost of ownership compared to diesel buses over a 12-year lifecycle. 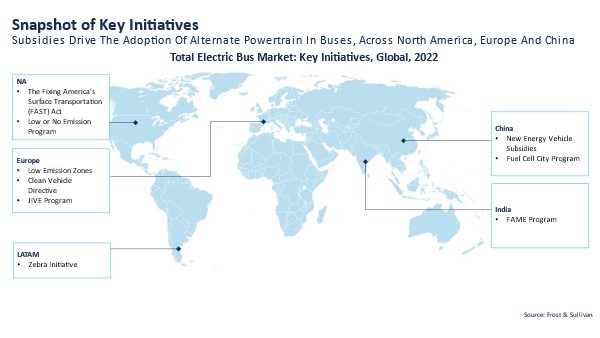 Our research shows that despite setbacks experienced during the pandemic, the electric bus market is on an upward trajectory. Trend projections highlight that 1 in 2 buses sold globally by 2030 could potentially be electric. Our forecasts point to a global market size of more than 210,000 units by 2030 at a CAGR of 13.9%. Penetration rates in China – the pioneer and continued leader of electric buses – are expected to reach 80% in 2030, while India and LATAM will be the fastest-growing markets between 2020 and 2030.

Such strong growth trends notwithstanding, it is unlikely that the transition to all-electric bus fleets will happen straight away since the technology itself is still evolving. The process of change is likely to be a gradual one with targets set along the way, as evinced in the Jakarta and Israel contexts. What is clear is that electrified public transport is the way forward and will have a central part to play in the move to the low-carbon economy of the future.